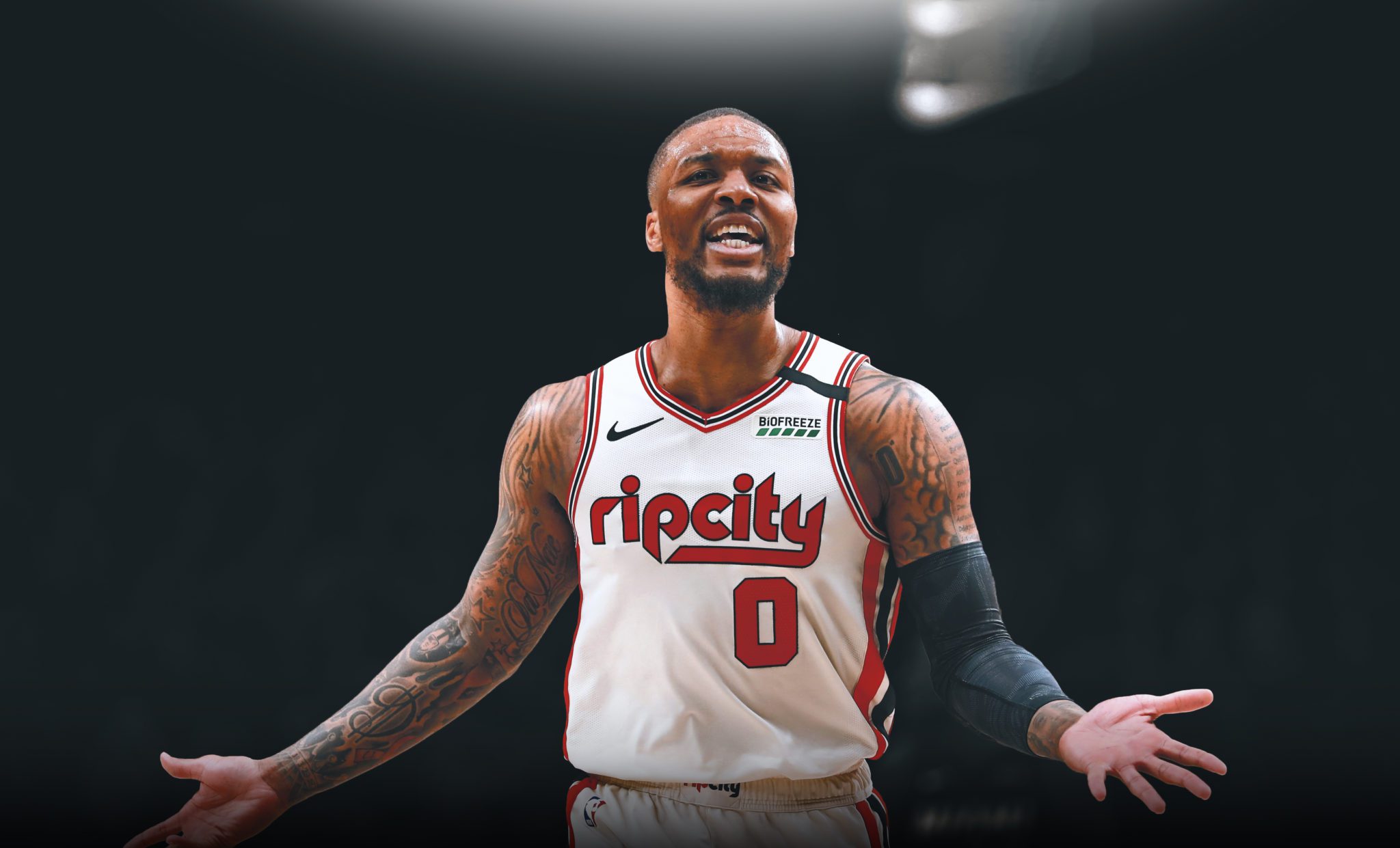 Following yet another poor shooting night, Damian Lillard has opened up on his ongoing struggles.

Lillard made the comments after putting up 20 points and 10 assists on Monday, but on 7-20 field goal shooting and 2-9 from long range in a 113-103 loss to the shorthanded Philadelphia 76ers.

The most savage reactions to Damian Lillard’s epic struggles 😬 https://t.co/TtefPSWGcJ

“I always look at struggles as an opportunity to show my true character,” Lillard said. “When things go great there’s a lot of praise that goes along with that. A lot of people give you a lot of credit… But I think it says more when you’re going through something and sh*t is kind of hitting the fan and you’re struggling and everybody’s got something to say and to me the real ones, they can keep on trucking and keep on going and still find a way to get the job done.

“And, me personally, I love when those opportunities present themselves. Because when I am riding high and when I do get smoking hot and when I get going people are going to look at it and be like, ‘We remember when you were struggling and you didn’t shy away from it.’ I think it will be more respect for the success when they see how you handle failure and how you handle struggle.

“So, personally, I embrace that. It’s not fun. It’s not easy but it’s part of my DNA. That’s how I got to this position. I’m not angry about it. I’m frustrated with it. I do see it as a challenge and it’s one I accept and I know I’ll come out on top like I always do.”

Lillard’s tough night in Philadelphia came on the back of a particularly bad performance against the Charlotte Hornets on Sunday, when he finished with 14 points on 5-20 shooting from the field and 2-14 from beyond the arc.

The six-time All-Star is shooting just 34.8 percent from the field this season and 23.1 percent from three. But he isn’t about to offer up any excuses.

“I have no excuses,” Lillard said. “I don’t know what y’all want me to say about it. I prepared well for the season, my mind is clear. I don’t have no reason for it. I don’t have nothing to lean on.

Lillard’s next game is against the Cleveland Cavaliers on Wednesday.