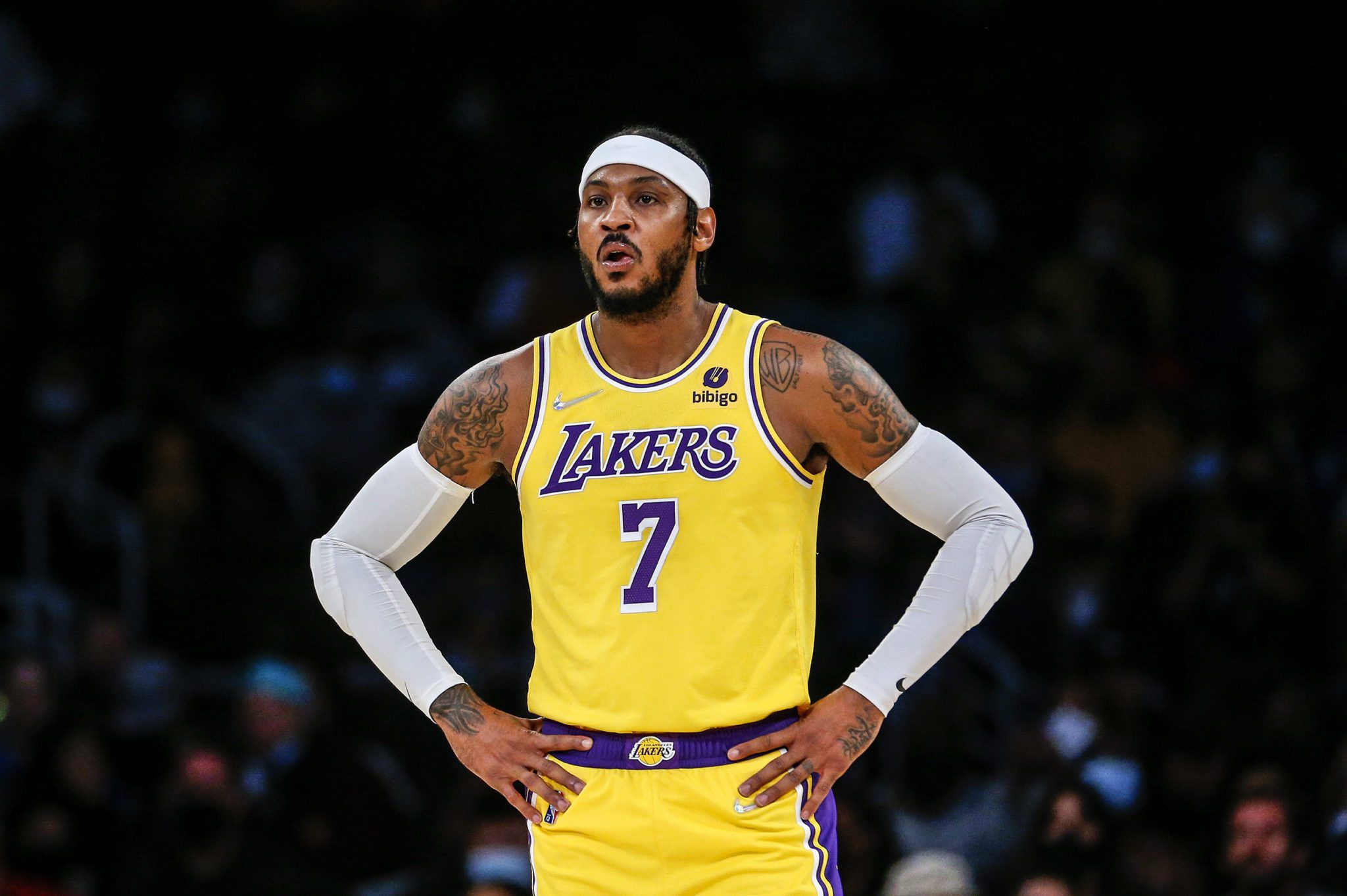 Carmelo Anthony led the Los Angeles Lakers to their first win of the 2021-22 NBA season Sunday in a 121-118 win against the Memphis Grizzlies – oh, and he also passed Moses Malone to become the ninth all-time leading scorer in NBA history.

“They gave me the game ball. They wanted me to give a speech … but I was too tired (laughs),” Anthony said after the game, via Lakers’ reporter Mike Trudell.

There are 79 games remaining in the season, which means that Anthony will have to average a minimum of 14.9 points to eclipse Shaq.