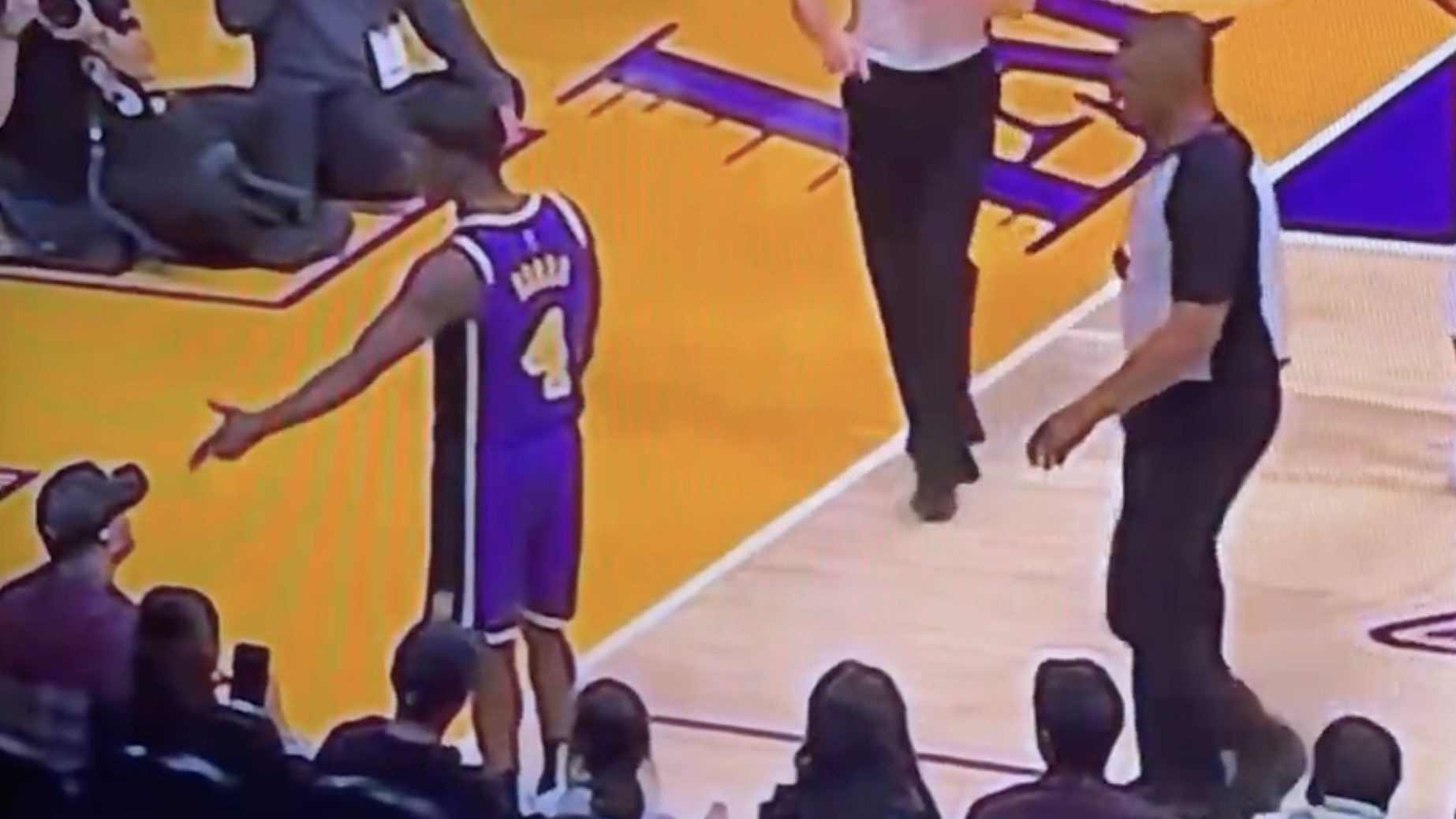 Rajon Rondo has addressed his altercation with a fan during the Los Angeles Lakers’ loss to the Phoenix Suns on Friday.

The incident garnered national attention when it appeared Rondo gestured to the fan as though he was pointing a gun at him.

But the Lakers point guard says that was not his intent.

“Um, I was pointing at that guy,” he told reporters on Saturday.

Rondo also spoke about the heated exchange on the Lakers bench which involved Anthony Davis and Dwight Howard needing to be separated as tensions boiled over.

“Shit happens all the time,” he said.  “… I wouldn’t say they’re best friends, but they get along very well… Frustration happens on the court.

“Obviously we have to control things better… But at the same time, you lose and things are more magnified with the Lakers.”

Russell Westbrook also downplayed the altercation between Davis and Howard, saying the team had already moved past their frustrations over the loss.

The Lakers return to the court on Sunday when they face the Memphis Grizzlies at Staples Center.