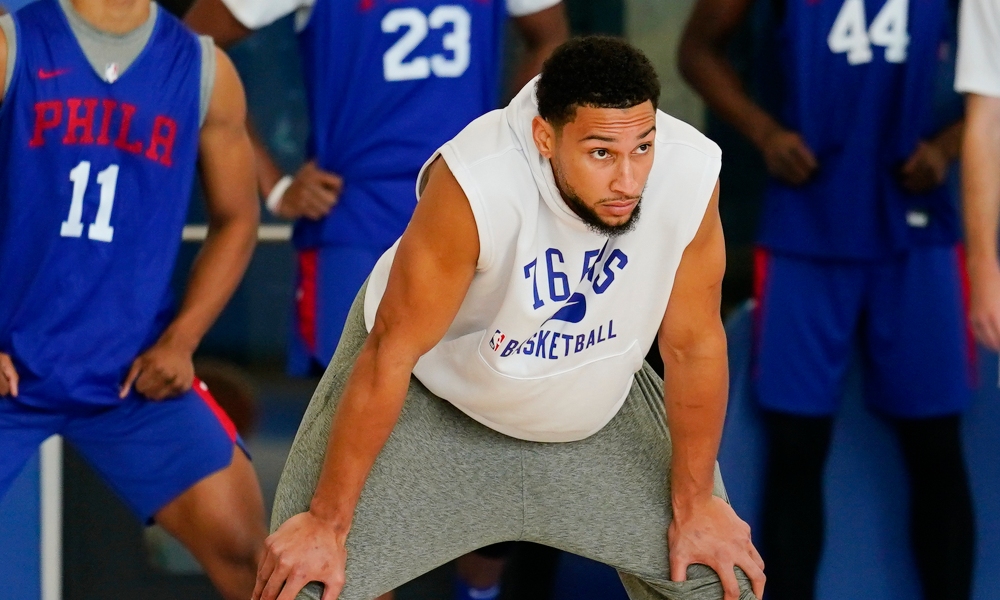 Ben Simmons has been suspended by the Philadelphia 76ers for one game due to what has been deemed conduct detrimental to the team.

The three-time All-Star guard was a holdout in training camp in the wake of his off-season trade demand but returned to the team last week and practiced Sunday and Monday.

At Monday’s practice Simmons lingered outside the huddle, dribbled a basketball and looked disinterested during a team huddle where he did not practice with the first team.

After insane backlash from the NBA community online, reports surfaced that Simmons would indeed opt to suit up for the 76ers’ season opener. However, things took a turn again from there…

Simmons was effectively tossed from practice after refusing multiple times to sub into the drill that Doc Rivers was running for the rest of the team.

It is believed Rivers, after trying several times to convince Simmons to participate in the drill, snapped and told Simmons to leave the gym after Ben had repeatedly said “no”

Ben Simmons then dropped the ball in his hand and simply walked out without saying another word.

Speaking after practice Rivers tried to play down the latest incident with Simmons.

“I thought he was a distraction today,” Rivers said.

“I didn’t think he wanted to do what everyone else was doing.

“It was early, it wasn’t a big deal and I just told him he should leave then.”

Rivers said he still wanted Simmons to be an active member of the roster, despite the fallout from last season’s playoffs when Simmons received some of the blame for Philadelphia’s exit after a less than stellar performance.

“That’s not going to change. Sometimes it happens quick and guys join back in and sometimes it doesn’t.”

Rivers said he expects Simmons to be back practicing with the team on Thursday.

‘Not here to babysit’: Embiid
While Rivers’ tone was somewhat placid in the wake of the ongoing saga, that of Philadelphia’s biggest star was not.

Centre Joel Embiid let his frustrations with Simmons be known when he faced the media after practice.

Asked if Simmons had bought back into the team, Embiid unloaded.

“At this point I don’t care about that man, honestly he does whatever he wants,” he said.

“I am focussed on trying to make the team better.”

Asked if he had spoken to Simmons, Embiid responded that he had not and that right now he was focussed on basketball.

“At the end of the day our job is not to babysit somebody,” Embiid added.

“We get paid to go out, play hard, win some games, we don’t get paid to come out here and try to babysit somebody, that is not our job.”

The 76ers refuse to trade Ben Simmons for role players and will only pull the trigger for an All-Star level player who can keep them contending for a championship.

Simmons has been fined $360k for all four pre-season games he missed ($1.4M) and has now accrued numerous team fines for missed practices, on-court workouts and meetings as well as today’s outburst in the ballpark of $150k.