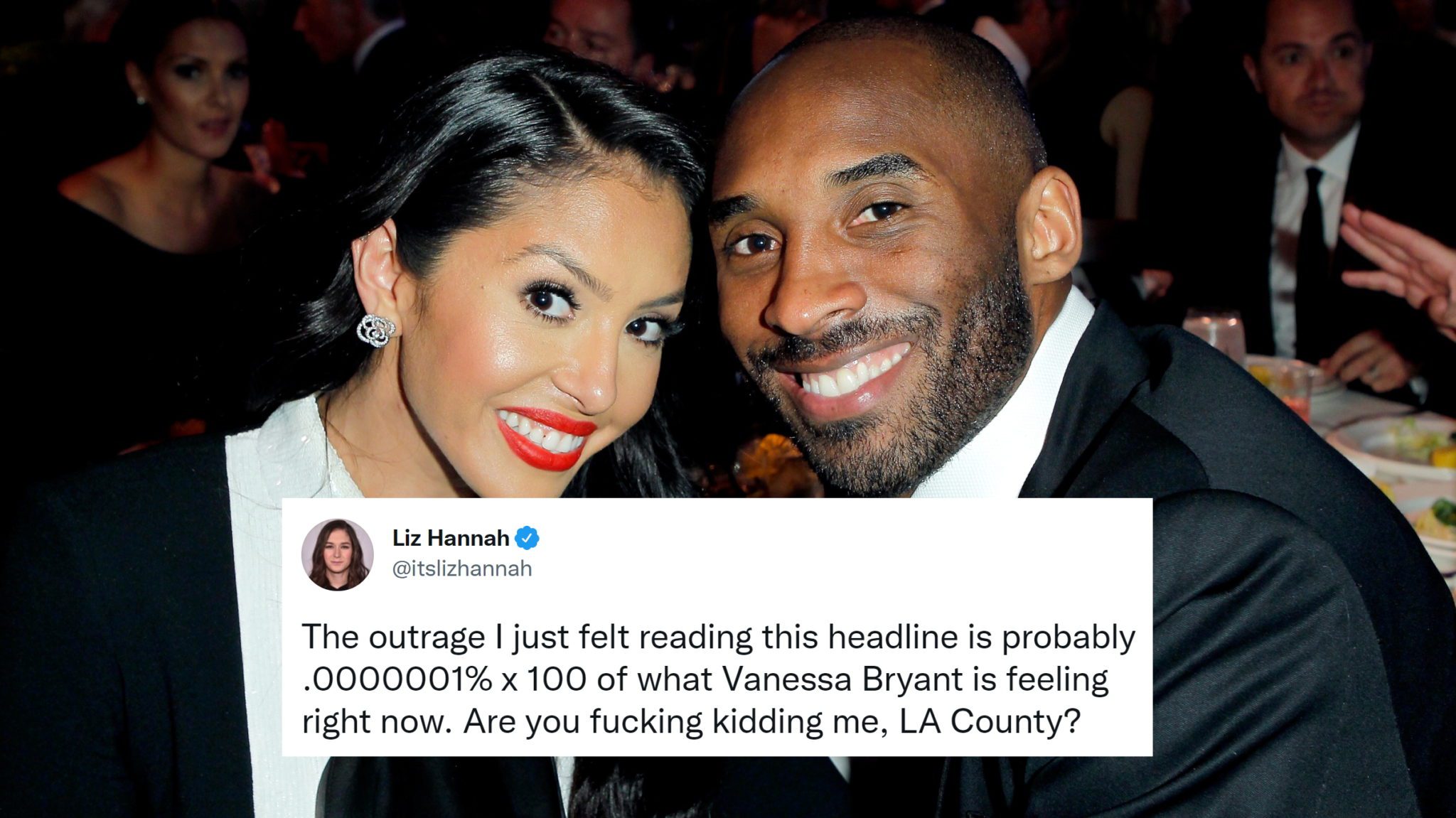 An outpouring of disgust has followed the news that Los Angeles County is trying to make Vanessa Bryant take a psychiatric examination.

The county wants Bryant to prove she suffered emotional distress from photos of her late husband and young daughter’s fatal helicopter crash being taken and shared by county fire and sheriff’s department employees.

Bryant and other surviving family members are suing for invasion of privacy and negligence, claiming county employees improperly shared photos of human remains from the crash site.

But now the county is asking her to prove she suffered emotional distress from the photos specifically, and not solely from the crash itself.

The county also argues the plaintiffs “cannot be suffering distress from accident site photos that they have never seen and that were never publicly disseminated.”

While there is a small amount of public sentiment that proof is always an essential part of the legal process, LA County’s actions have primarily generated furious reactions:

The outrage I just felt reading this headline is probably .0000001% x 100 of what Vanessa Bryant is feeling right now. Are you fucking kidding me, LA County? https://t.co/VMo93AbQna

And if I was Vanessa Bryant, this would be the underlying charge in my second lawsuit for emotional distress https://t.co/GfFqPz9Ne8

So their defense of violating her family is to violate them again? Disgraceful.

“It does not take an expert — and it certainly does not take an involuntary eight-hour psychiatric examination — for a jury to assess the nature and extent of the emotional distress caused by Defendants’ misconduct,” attorneys for Bryant said.

“(The plaintiffs’ distress) are the feelings that any reasonable person would experience if the public officials entrusted to protect the dignity of their deceased family members snapped graphic photos of their loved ones’ remains, used the photos for cocktail-hour entertainment, and failed to contain and secure the photos.”

A hearing on the matter is scheduled for November 5, with the trial to begin in February 2022.