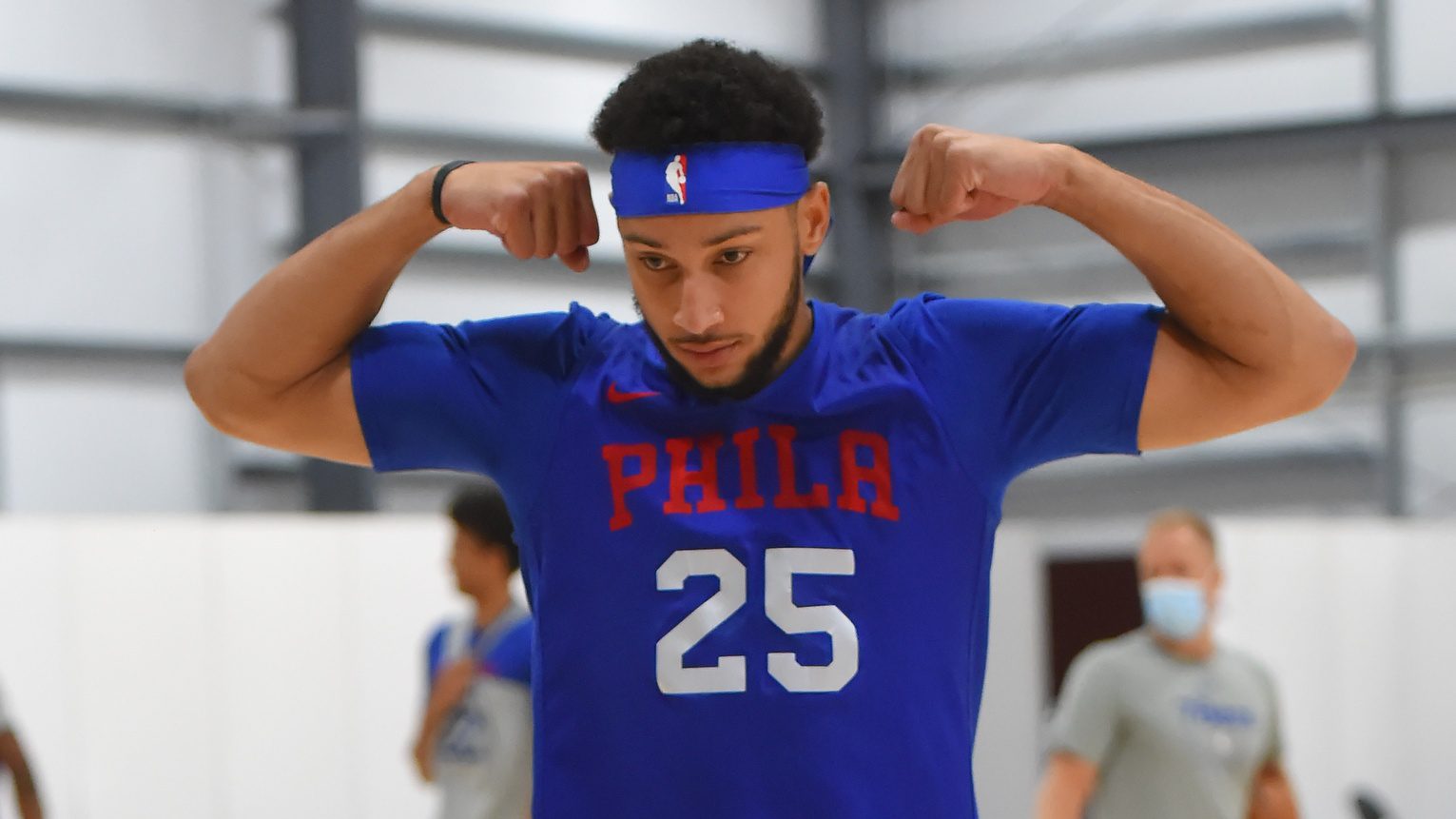 After months of ignoring his 76ers teammates and insisting he no longer wanted to play for the team, Ben Simmons returned to practice on Sunday.

Simmons’ re-joining the team on-court followed his shock return to Philadelphia a week ago, which even caught 76ers general manager Elton Brand off guard.

Here’s what Simmons’ coach and teammates had to say following practice when asked about Simmons’ return:

“We just introduced him like we always do when a new guy comes back or the old guys comes back. We jokingly did it. We did it with Tobias as well, because he’s been on vacation and Matisse as well.”

Rivers also answered questions about whether Simmons would be ready for opening night.

“I don’t know yet,” he said. “I’m gonna wait and see. Conditioning, just watching him, I thought he was in decent shape. He’s still not obviously game shape because you can do all the stuff, but overall, yeah…when he’s ready, he’ll play.”

“We’re grown men here. This is not middle school, seventh grade, eighth grade, ‘Oh, you did this to me, you did this!’ Nah, as soon as we step on that floor, it’s just basketball and honestly that’s the way it should be… So all the energy and this or that, the vibe was what it was. Was it perfect? No. But we’re here to do a job and that’s to win basketball games. So, put our big boy pants on the floor and we get on the floor and do what we do.”

Harris also said he never questioned Simmons about his decision to re-join the team.

Matisse Thybulle, who has had Simmons hold out on him with Australia as well as Philadelphia, didn’t have much to say about his teammate’s return.

“It was good to have (Simmons) back. Personally, I missed him.”

Unsurprisingly, the Sixers did not make Simmons available for comment. The 76ers begin their season in New Orleans on Wednesday.