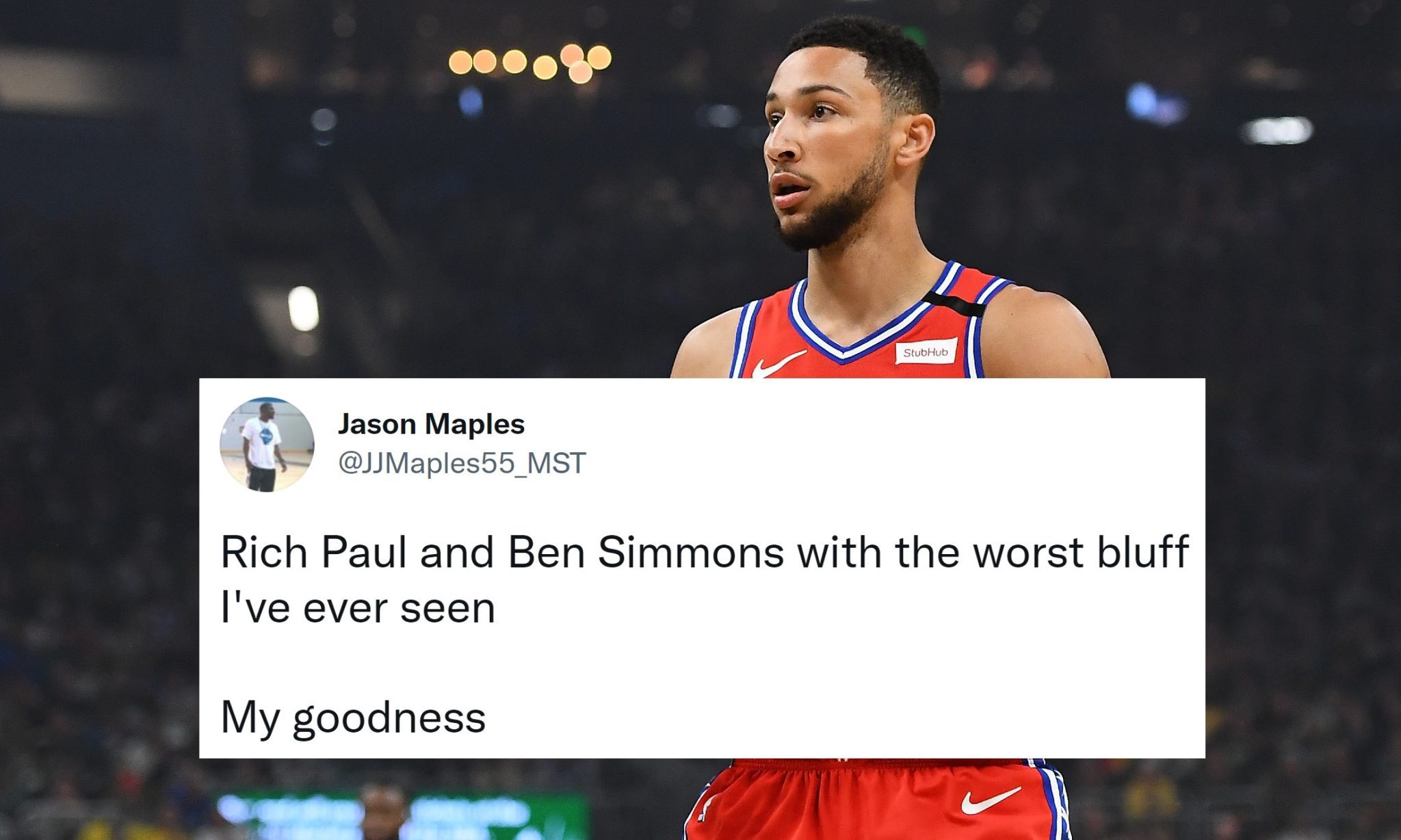 After insisting for weeks that he wouldn’t play for the 76ers, Ben Simmons showed up in Philadelphia today. The timing of this development caught everyone off guard, including Sixers management.

According to Adrian Wojnarowski, 76ers general manager Elton Brand found out Simmons was back in town when he received a text saying, “Hey, Ben’s outside the building”.

It’s been a crazy day, and naturally, the internet is having a great time with it. Here are the best reactions from across the Twittersphere:

Joel Embiid when he sees Ben Simmons in the locker room next week pic.twitter.com/ePeeftYSDa

How Ben Simmons walking into the Sixers facility pic.twitter.com/c6fC8cUxR9

Simmons: “Im not changing my mind”

*Gets fined over $1 million*

there are 4 minutes left in the 3rd quarter in Philly and the game is on national television PUT THIS TWEET ON THE JUMBOTRON https://t.co/J98ALecSY0

Ben Simmons his first day back in Philadelphia pic.twitter.com/AvAJcIYdUT

Ben Simmons when Rich Paul tells him he has to return to Philly pic.twitter.com/RgeE5j7GPR

Ben Simmons walking back into the 76ers lockerroom pic.twitter.com/nWC587wa11