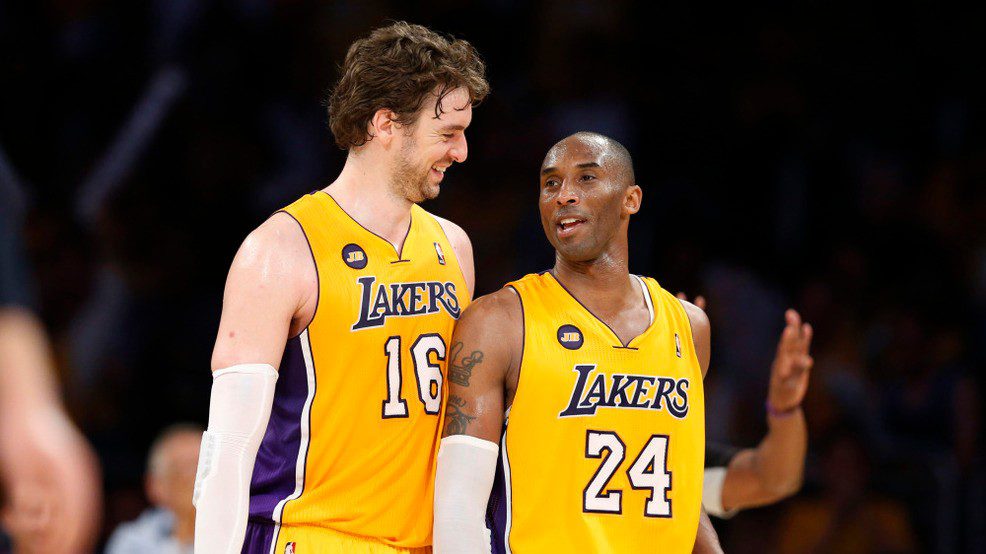 Announcing the end of a legendary career spanning across more than two decades, Pau Gasol had one person on his mind in particular as he fronted the press on Tuesday.

“I really wanted to make a special mention to Kobe Bryant,” Gasol said. “I really would have liked for him to be here. Sometimes life can be very unfair, and we miss him and his daughter ‘Gigi’ a great deal.

“He taught me how to be a better leader, a better competitor. He showed me what it meant to be a winner. I have always considered him my older brother, so thank you, Kobe.”

Bryant was always full of praise for Gasol, the man who helped him win his fourth and fifth championships with the Lakers in 2009 and 2010.

Noteably, Bryant was once asked about the “debate” over whether the Lakers should retire Gasol’s jersey (something the team today confirmed they plan on doing, according to Shams Charania), and bristled at the suggestion it was a debate at all.

“I really look forward to the day when he’s there giving his speech at center court in front of all the fans who have supported him over the years. It’s gonna be an awesome night.”

It will indeed be a night to remember. It’s just a heart-breaking shame that Bryant himself won’t be there.