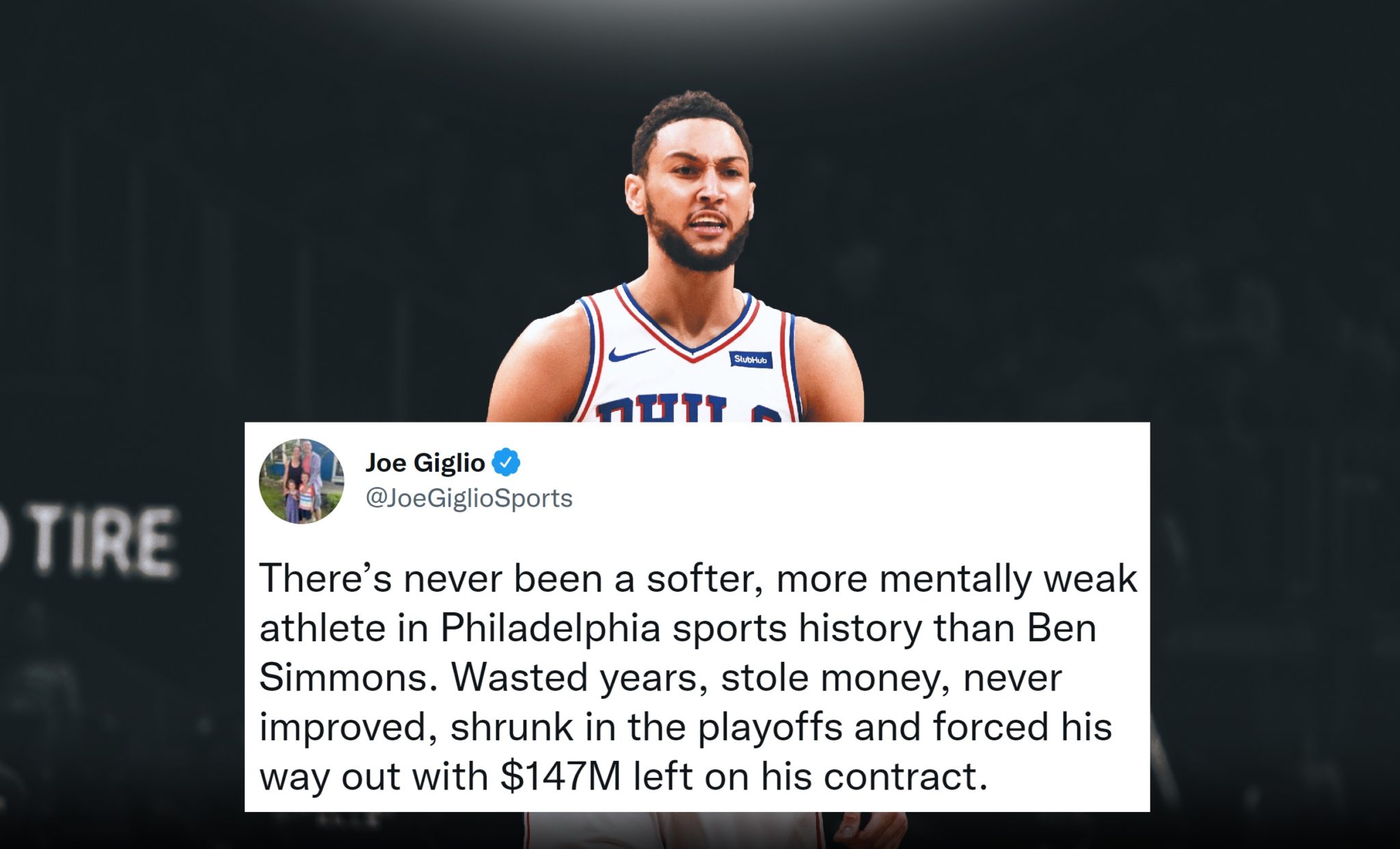 Following confirmation from Adrian Wojnarowski that Ben Simmons does not plan to report to 76ers training camp, NBA Twitter lost its mind over Simmons officially quitting on the team

Philadelphia is paying Simmons $177 million over five years but he does not intend on playing for the team ever again.

Whenever Ben Simmons comes back to Philly he’s gonna get booed so intensely the sound barrier will break, creating a sonic boom so that will fold the universe onto itself giving us a sweet release from this hellscape to which we’re damned

Ben Simmons on zoom with Doc Rivers and the Sixers pic.twitter.com/Ozn1q4Qnkd

Ben Simmons sank the 76ers' championship hopes by refusing to shoot & has now tanked his trade value by refusing to show up. He has some legit gripes about being thrown under the bus after his flop but Philly won't forgive him for running from accountability for his own failings.

Sixers front office : make two free throws in a row and we’ll trade you to any team rn . Miss any and you stay

There’s never been a softer, more mentally weak athlete in Philadelphia sports history than Ben Simmons. Wasted years, stole money, never improved, shrunk in the playoffs and forced his way out with $147M left on his contract.

#sixers: “Hey Ben, we gave you a huge extension, maybe you can develop offensively.”

Do not trade Ben Simmons. Let him set out 4 full seasons of basketball and fine him to the fullest everyday he isn’t there.

This is utterly ridiculous on the part of Ben Simmons. Come on, Bro! pic.twitter.com/HXZOBaTarJ

Ben Simmons got outplayed by Kevin Huerter and Danilo Gallinari in game 7 and he’s acting like he’s James Harden.

76ers: "We need you to work on your shot and gaining the confidence to take some!"

All things considered, Ben Simmons might be the least cool pro athlete of my entire life