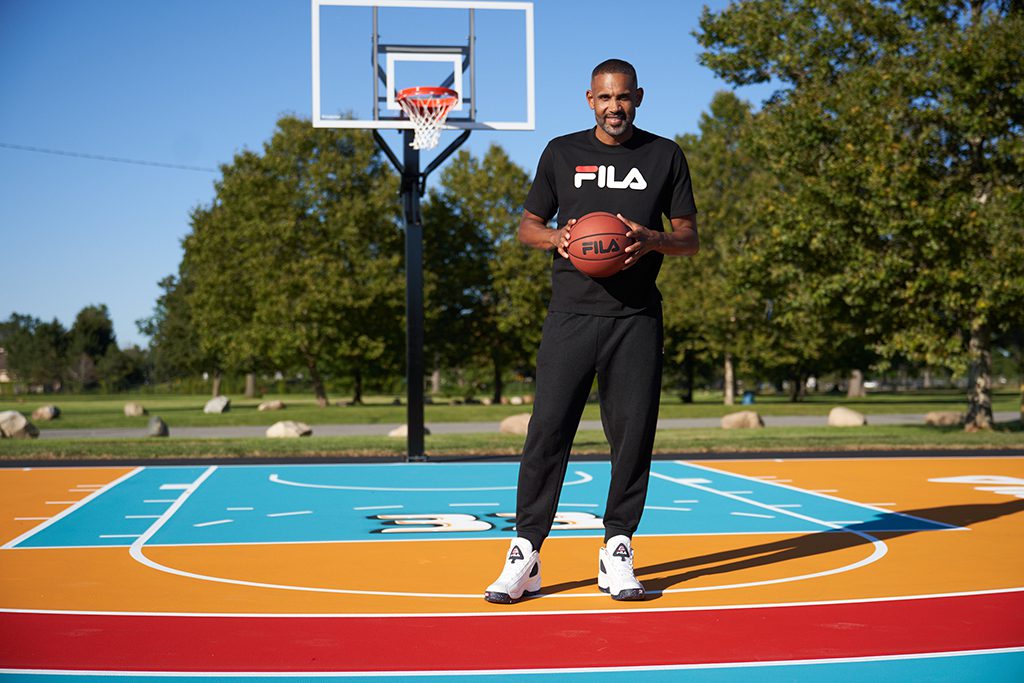 “After the toll of the past year and half, it’s a welcome reprieve to offer some positivity and levity for the Chandler Park community,” Hill said. “At a time when it’s especially important to stay physically active, we wanted to create a safe and enjoyable space, just in time for the back-to-school season.”

Hill’s number 33 is painted at the top of the key, just below the free-throw line and his name is painted on each side at the half-court line.

The Fila logo appears on either side of the court.

I had fun this week in Detroit with @FILAUSA refurbishing these basketball courts at #ChandlerPark… pic.twitter.com/R1scRk3m5k

The makeover is part of a court refurbishing program Fila and Grant started in 2019 to support local youth per Yahoo!’s Peter Verry.

Their first court makeover was Hillside Park in Durham, NC, where Hill played his college ball at Duke University, and Chandler Park was chosen as a second location.

“I spent much of my professional career in Detroit and have great pride in this city, with lasting memories of my playing days here and the reception I’ve received ever since. I am excited to show my appreciation to the community while offering these kids an opportunity to get outdoors and help put them on the path to a bright future.”

A seven-time All-Star, Hill was drafted by the Pistons in 1994 and spent six seasons in Detroit, averaging 21.6 points, 6.3 assists, and 7.9 rebounds.

He played 19 years total in the NBA for four teams as a small forward and shooting guard and was inducted into the Hall of Fame in 2018.

Fila signed Hill his rookie season and brought the Hall of Famer back to the brand in 2018, this time to a lifetime deal.