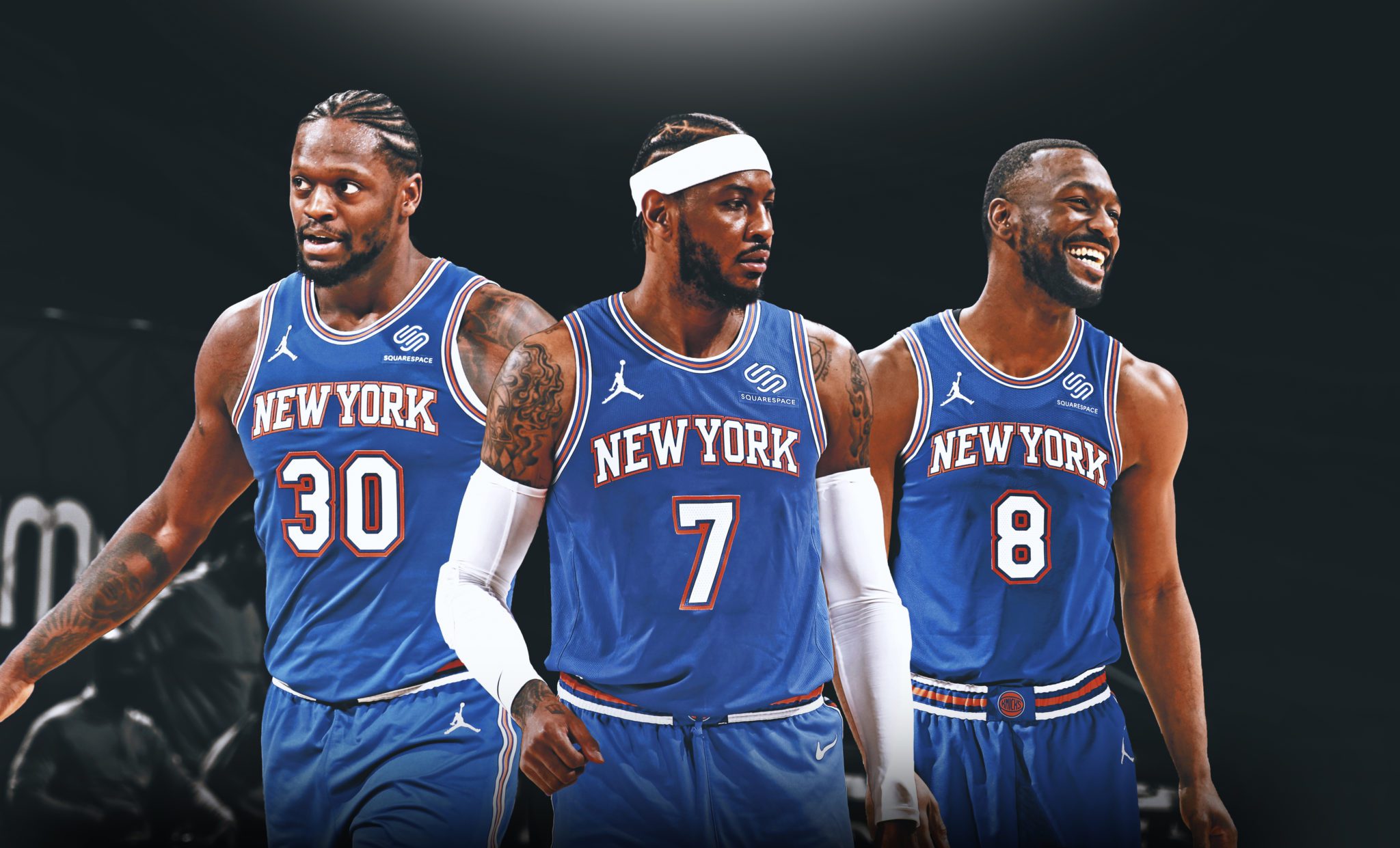 Carmelo Anthony says re-joining the New York Knicks was a very real possibility and one that he strongly considered over the summer.

Speaking on The Posted Up Podcast with Chris Haynes, Anthony revealed he had recently bought a house in the Big Apple and said his New York-based family was the biggest factor that led him to consider a Knicks homecoming.

But then the Lakers called and everything changed.

“It was unexpected,” Anthony told Haynes. “My son starts school (today) in New York. So it was like, I’m here, I’m home. I never expected the Lakers to call.”

Playing for a championship in LA alongside LeBron James, Anthony Davis and Russell Westbrook ultimately proved too enticing for Anthony to pass up. But that doesn’t mean it was an easy decision for him to make, especially with his family living on the other side of the country.

“Having a great chance to win [was what made me decide to join the Lakers]. It took me some days to really like sit down and kind of break it down and really dig deep into making that decision,” he said.

“To most people, it probably would have been an easy decision to make. But to me, it wasn’t. I really have to align a lot of things and put things in order for things to work out, for me to feel comfortable to be away from my family for another year.

With this context, it’s easy to see how Anthony’s decision felt somewhat bitter-sweet. He won’t be seeing his son all that often, at least for another year or so.

But with any luck, Anthony will at least be able to tell him tales of winning an NBA championship when they are finally living in the same place.