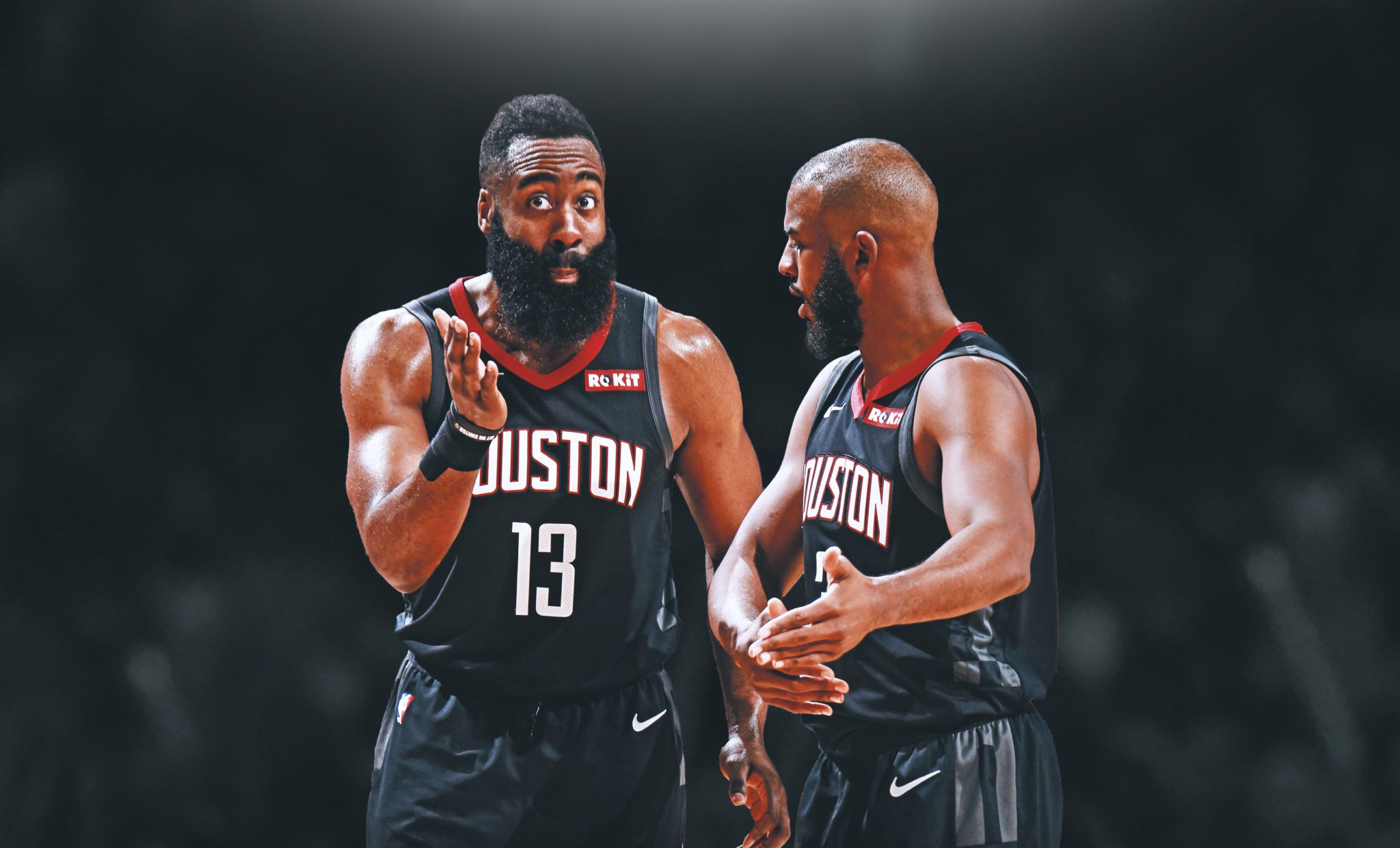 Chris Paul and James Harden firmly believe they should have won a championship in Houston. After all, they came agonisingly close to beating the Golden State Warriors in the 2018 Western Conference Finals despite the team missing 27 consecutive three-pointers in Game 7 and Paul sitting out with an ill-timed hamstring injury.

Looking back, Paul has his regrets and can’t help but think about the ‘what-ifs’.

Speaking on the ‘No Chill Gil’ Podcast, host Gilbert Arenas told Paul that Harden should have delegated to him in crunch time, and his comment drew an interesting response from CP3.

“You have to be able to have them conversations,” Paul said. “And James, I still say it, can’t nobody score the ball like he can. It’s crazy, man. … I wouldn’t trade any experience or whatnot, but I wish we would’ve had some of those conversations.”

Paul’s other big regret was something he had no control over: getting injured ahead of Games 6 and 7 of the 2018 Western Conference Finals.

“The thing that frustrated me the most was that first year, I wasn’t healthy,” he said. “It’s crazy. Them years in Houston are kinda a blur, to a certain extent, because there was so much going on at the time. But dang, we was good. We was real good.”

Like all great “what-ifs”, a Rockets win over the Warriors in 2018 would have drastically altered a lot of legacies.

Kevin Durant would have gone 1-2 in the Finals with the Warriors, opening him up to further ridicule.

Steph Curry and Klay Thompson would be 2-3 in the Finals, a significant underachievement considering the seemingly unstoppable teams they had around them.

Harden would be an NBA champion and, perhaps more importantly given his previous postseason struggles, so would Paul.

The good news is the 36-year-old point guard has every chance of making a serious push again next year, just so long as his body doesn’t betray him.