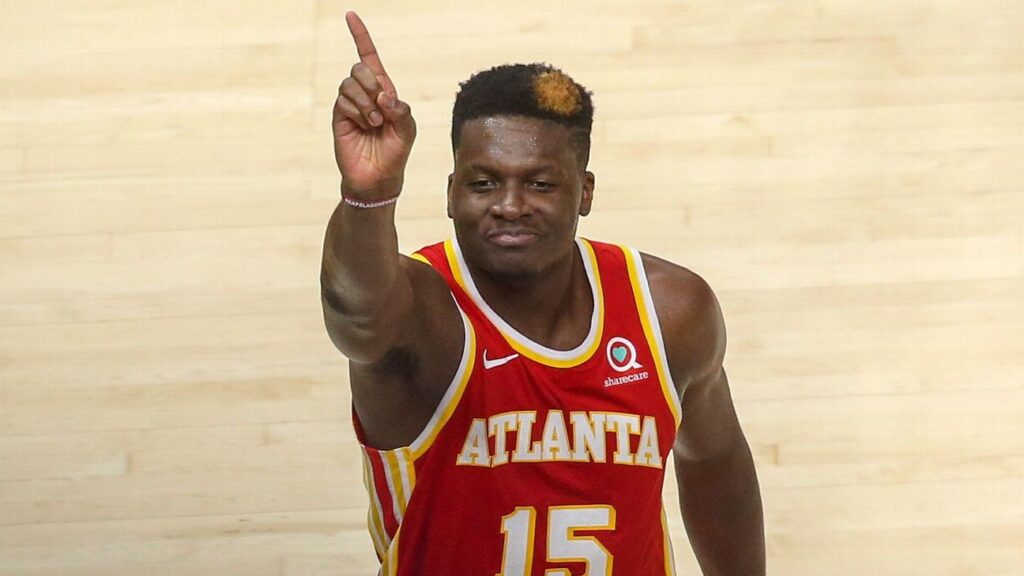 Atlanta Hawks center Clint Capela has agreed to a two-year, $46 million contract extension, keeping him in Atlanta through the 2024-25 season.

ESPN broke the news on Wednesday.

Capela had two years left on his current deal and will make $82 million over the next four seasons with the Hawks.

The Swiss big man’s representatives met and completed the deal with Hawks GM Travis Schlenk ahead of the October 18 deadline for the extension.

The 27-year old played an immense role in the Hawks 2021 run to the Eastern Conference Finals.

Capela averaged 15.2 points and a league-leading 14.3 rebounds in the regular season and played great against the New York Knicks and the Philadelphia 76ers.

Capela helped Atlanta’s defense, finishing the season with a defensive real plus-minus of 4.98, according to ESPN Stats & Info.

His stats only trailed Utah Jazz big man Rudy Gobert, who was named Defensive Player of the Year.

Clint Capela, originally drafted by the Houston Rockets, was acquired from Houston in a 2020 trade after spending his first six seasons with the Rockets.

He joins All-Star Trae Young and young, big man John Collins as the third Hawk to sign an extension this offseason.