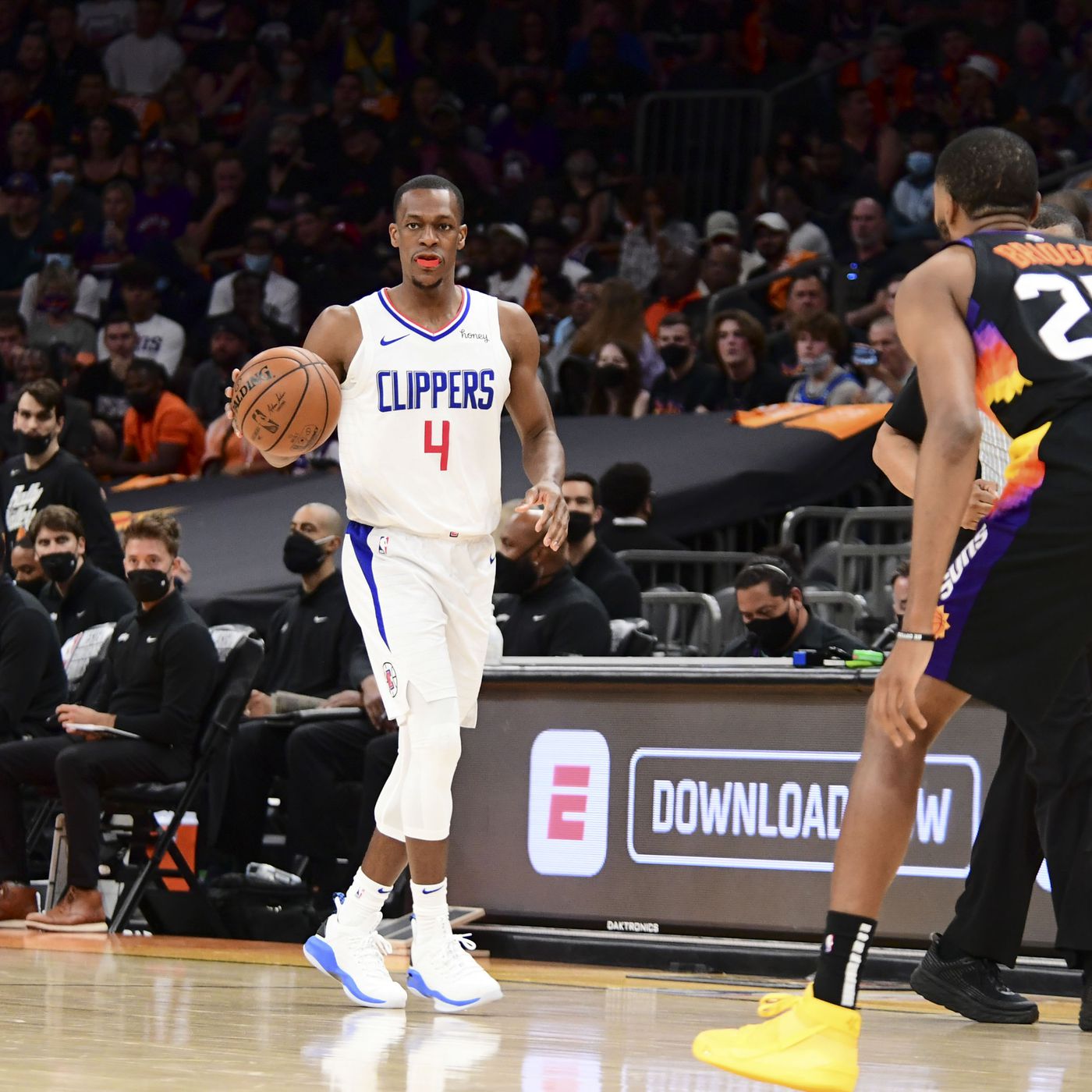 Rajon Rondo is “probably not” going to be on the Memphis Grizzlies’ roster on opening night, per a report from Grizzlies’ insider Drew Hill of The Daily Memphian.

“The Grizzlies will have to find a way to get players off the roster, potentially by buying players out, trading or waiving them,” writes Hill.

“Will Rajon Rondo be part of the team at the season’s beginning? Probably not.”

The Grizzlies have been very active this off-season; first moving veteran big-man Jonas Valanciunas and the #17 pick in the 2021 NBA Draft to the New Orleans Pelicans for Steven Adams, Eric Bledsoe, and two first round picks; then by trading Bledsoe to the Los Angeles Clippers for Daniel Oturu, Patrick Beverley, and Rajon Rondo; then by trading Beverley to the Minnesota Timberwolves for Jarrett Culver and Juancho Hernangomez.

As a result, the Grizzlies have accrued too many players for opening night.

Moreso, they don’t have many players they can cut or would want to cut.

It remains to be seen whether any team will take on Rondo’s ~$8 million salary.

The Grizzlies may have to buy his contract out to get him off the roster.