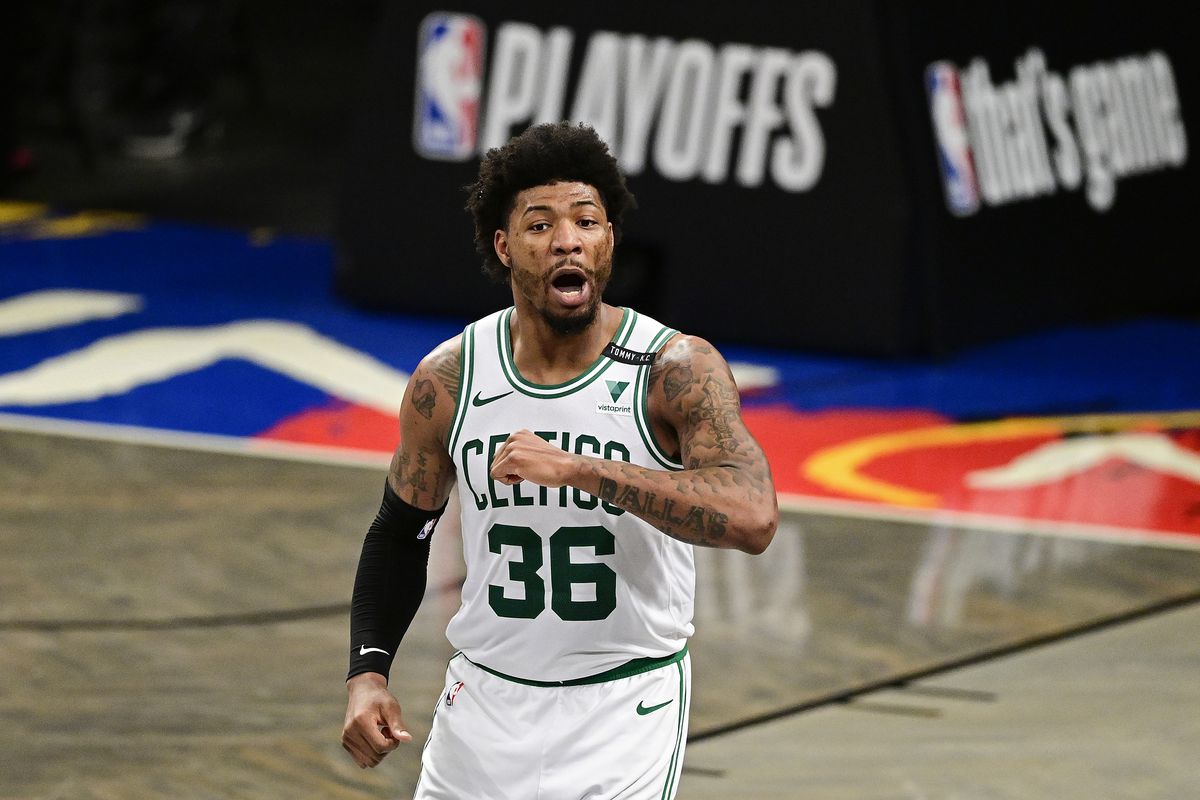 Boston Celtics’ guard Marcus Smart recently joined NBA trainer Ryan Razooky to discuss all things defense; the result was a masterclass that all players can learn from.

Smart, who’s been selected to the All-Defensive team twice, has developed a reputation as one of the best defenders in the NBA through seven seasons in the league.

For his defensive prowess and intangibles, the Celtics recently awarded Smart a four-year, $77 million max extension.

During the interview, Smart references an iconic steal he made against Kawhi Leonard of the Los Angeles Clippers.

“Kawhi earlier in the year – when I threw the ball off his foot, and I saved it, and everyone’s like “how the hell he save it?” – prime example: I’m denying the whole time,” Smart said.

“Give it everything you got, you’ll get it. Most players stop when the ball goes out of bounds right? Go through it, play through it. You might [expletive] around and get it.”

It’s rare to see players such as Smart go into such extraordinary detail over the finer points of the game; especially for free.

The basketball world should be grateful for his wisdom on the art of defense.