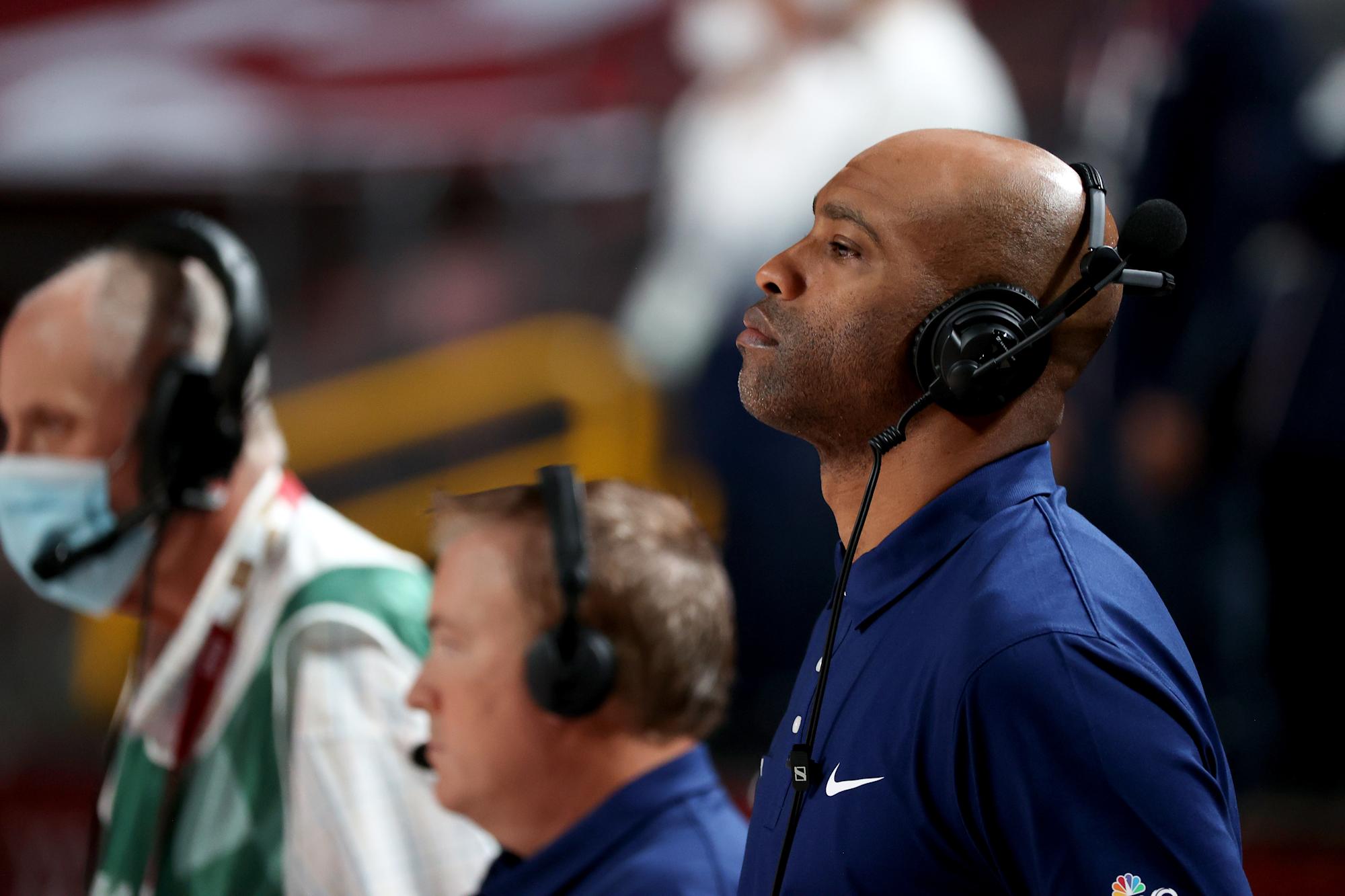 Vince Carter, remembered for his devastating dunk over France’s big man Frederick Weis in the 2000 Sydney Games, is making his mark on the Tokyo Olympics.

Twenty-one years later, fans are raving about Carter’s latest performance in these Olympics, this time as a commentator.

The former NBA star has served as NBC’s color commentator throughout the games, and nearly everyone has had great things to say about his demeanor and extensive knowledge of the game.

The reviews of his commentating hit their height during Team USA’s 87-82 victory over France in the gold medal game, but the praise for Carter’s commentating had been pouring in all week.

Along with the compliments, fans have called for Carter to replace certain prominent color commentators across various networks.

Here are a few of those reviews:

Vince Carter is good on TV and way ahead of a sizable percentage of the usual suspects who do NBA games.

I'm sure this has been said plenty, but I thoroughly enjoy Vince Carter's commentary. I truly hope he doesn't get ESPN-ized with the hot takes and hyperbole.

Since retiring after the 2019-20 season, Carter has quickly been working his way up the commentating ranks after joining ESPN as an NBA and college basketball analyst and now calling a few games for the Atlanta Hawks on Fox Sports Southeast.

The Olympics have been the biggest stage for him, and Carter has risen to the challenge.

Carter began joking before killing the joke midway through:

If you need a refresher on the moment Vince Carter through down his monster dunk in the Sydney games:

Team USA finished strong in what was a rocky lead-up to the Tokyo Games.

Former teammates Kevin Durant and Draymond Green recorded a video calling out ESPN analyst Kendrick Perkins for his criticisms of the USA squad.