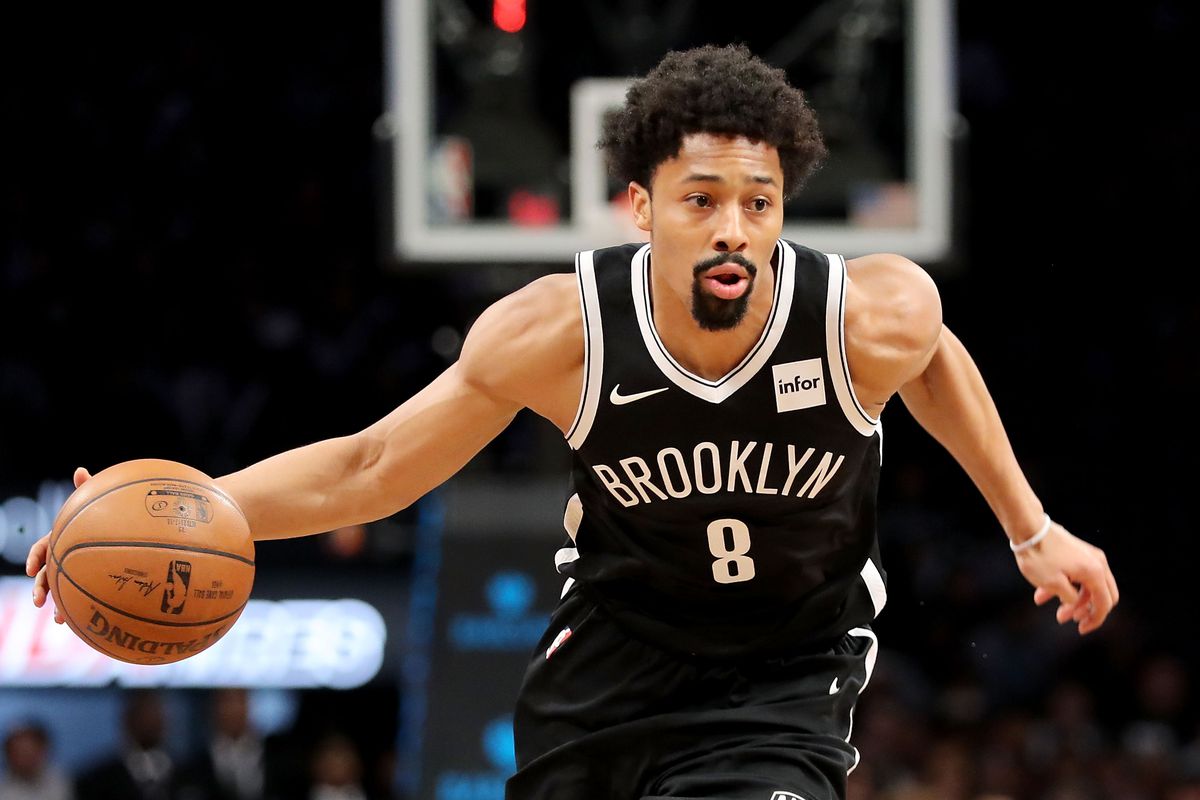 Dinwiddie landed a three-year deal worth $62 million in a crazy sign-and-trade package, according to Shams Charania of The Athletic.

Kristian Winfield of the New York Daily News first reported the contract details of the deal.

Five teams were involved in making this deal happen.

The Nets will reportedly receive a 2024 second-round draft selection and 2025 pick swap from the Wizards.

Meanwhile, according to ESPN reporter Adrian Wojnarowski, the San Antonio Spurs acquire forward Chandler Hutchinson and a 2022 second-round draft pick from the Wizards.

The Indiana Pacers and Los Angeles Lakers were also a part of the draft-night trades.

Here are the full details:

To WASH
Kuzma
KCP
Harrell
Dinwiddie
A. Holiday
Rights to I. Todd (#31)

Prior to partially tearing his ACL, Spencer Dinwiddie looked like he was on his way to stardom during the 2019-20 season.

The 28-year-old posted 20.6 points, 6.8 assists, and 4.3 rebounds per game while leading the Nets to the playoffs despite missing Kyrie Irving for most of the season and Kevin Durant for all of the season.

When it looked like he was poised to lead the Nets alongside a healthy Irving and Durant, he got hurt, and Brooklyn then went after star James Harden.

Had Dinwiddie been healthy, it would have been interesting to see how he would’ve fit with those stars and whether or not he would’ve even reached star potential with three other All-Stars alongside him.

In addition to Spencer Dinwiddie, the Wizards also get some more help for star Bradley Beal in the form of former Lakers Kyle Kuzma, Kentavious Caldwell-Pope, and Montrezl Harrell.

The Wizards also get draft picks to work with from this deal in addition to the players they got from LA.