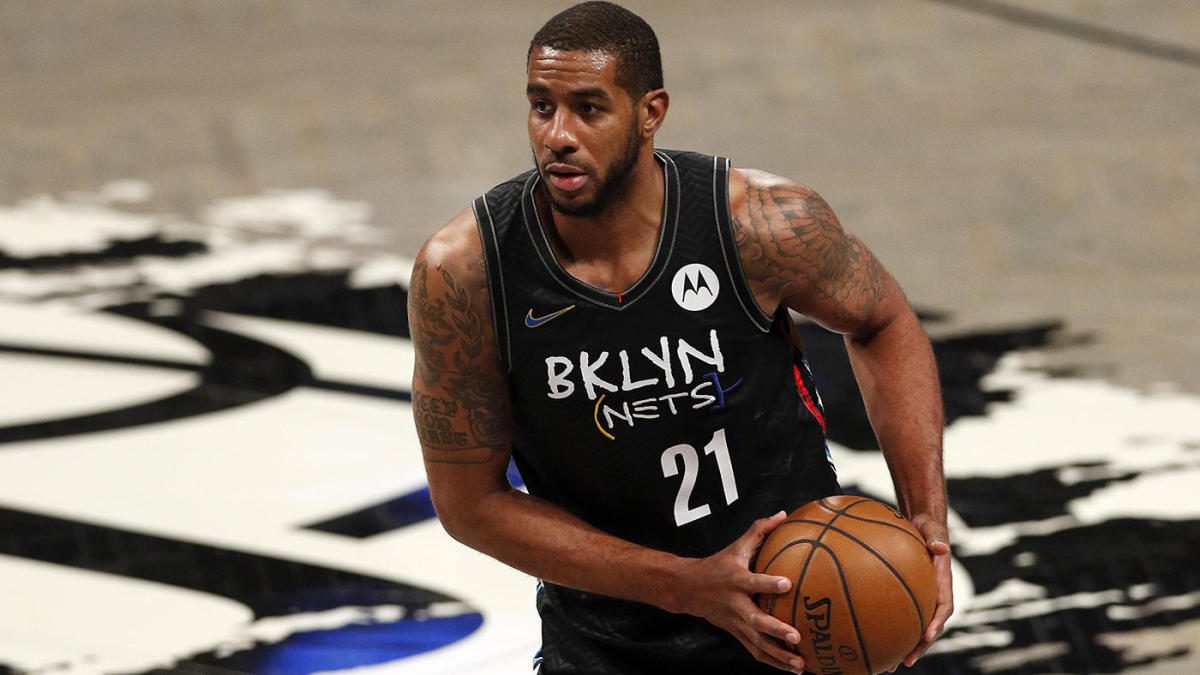 Seven-time NBA All-Star LaMarcus Aldridge is considering a return to the NBA for the 2021-22 season.

Aldridge, 36, abruptly retired last spring after suffering an irregular heartbeat during a Nets game against the Lakers.

Still, according to ESPN’s Adrian Wojnarowski, Aldridge is now “seriously considering” coming back after medical consultation.

On Sports Center, Woj said he spoke with Alridge’s agent, Jeff Schwartz, and Alridge plans to speak to a few teams this week.

The 15-year veteran would need to be medically cleared by a team if they were to sign him.

ESPN Sources: After medical consultation, seven-time All-Star F LaMarcus Aldridge is seriously considering a return to the NBA this season. Aldridge retired with Brooklyn in mid-April with heart concerns, but is exploring the possibility of resuming his 15-year career.

One team that could be interested, is the Chicago Bulls.

Chicago has already landed Lonzo Ball, Alex Caruso, and Aldridge’s former Spurs teammate DeMar DeRozan and could be a good fit for the 6-11 power forward/center.

The second pick in the 2006 draft, Aldridge had just signed on with the Brooklyn Nets when he made his announcement.

“Today I write this letter with a heavy heart. My last game, I played while dealing with an irregular heartbeat. Later on that night my rhythm got even worse which really worried me even more. The next morning, I told the team what was going and they were great getting me to the hospital and getting me checked out. Though I’m better now, what I felt with my heart that night was still one of the scariest things I’ve ever experienced. With that being said, I’ve made the difficult decision to retire from the NBA. For 15 years, I’ve put basketball first, and now, it is time to put my health and family first,” Tweeted Aldridge.

The heavily favored Nets lost to the eventual champion Milwaukee Bucks in the Eastern Conference semi-finals.

He joined Brooklyn after spending six seasons with the San Antonio Spurs.