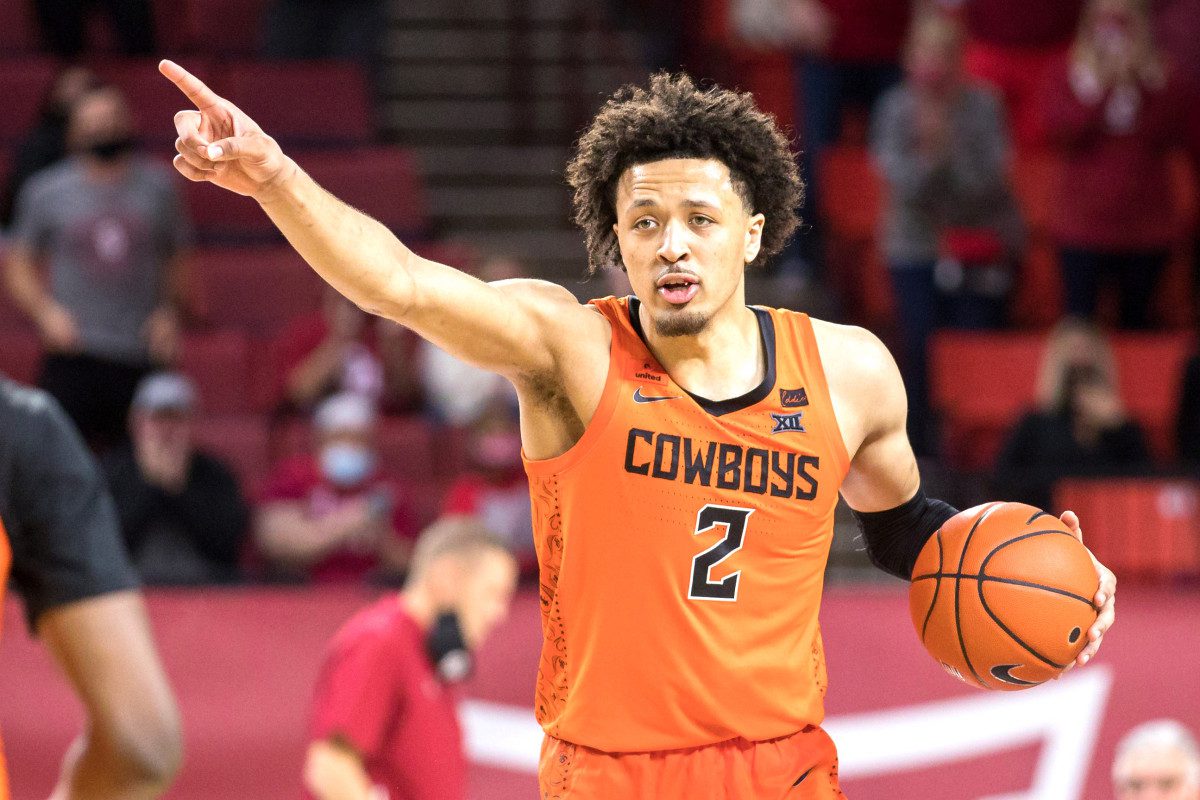 Cade Cunningham is signing a shoe deal with Nike two days before the 2021 NBA Draft, according to ESPN’s Adrian Wojnarowski.

Cunningham is the presumptive No.1 overall pick, and the deal is said to be the highest-earning shoe deal among players in this year’s draft class.

Cade Cunningham — the expected No. 1 overall pick in Thursday’s NBA Draft — has agreed to an endorsement deal with Nike, sources tell ESPN. It’s believed to be the highest-earning shoe deal among players in his draft class.

Also, according to Woj, Cunningham called Nike “The perfect match for me.”

The other projected draft pick from this class to sign a shoe deal back in April was Jalen Green, who could go No.2 overall to the Houston Rockets.

It is widely assumed that the 19-year-old Cunningham will be the first player selected by the Detroit Pistons, although there have been rumblings that Detroit is not all the way sold on the OK State product.

Cunningham did work out for the Pistons, the only team he has worked out for so far.

The six-foot-eight freshman spent one season at Oklahoma State, in which he dominated the collegiate ranks averaging 20.1 points, 6.5 rebounds, and 3.5 assists.

The Cowboys team went 20-8 in the regular season and earned the No.4 seed in the NCAA tournament.

OK State got past Liberty in the first round but lost to Oregon State in round two of the tourney.

The draft is set for Thursday, July 29 at Barclays Center in Brooklyn, New York.