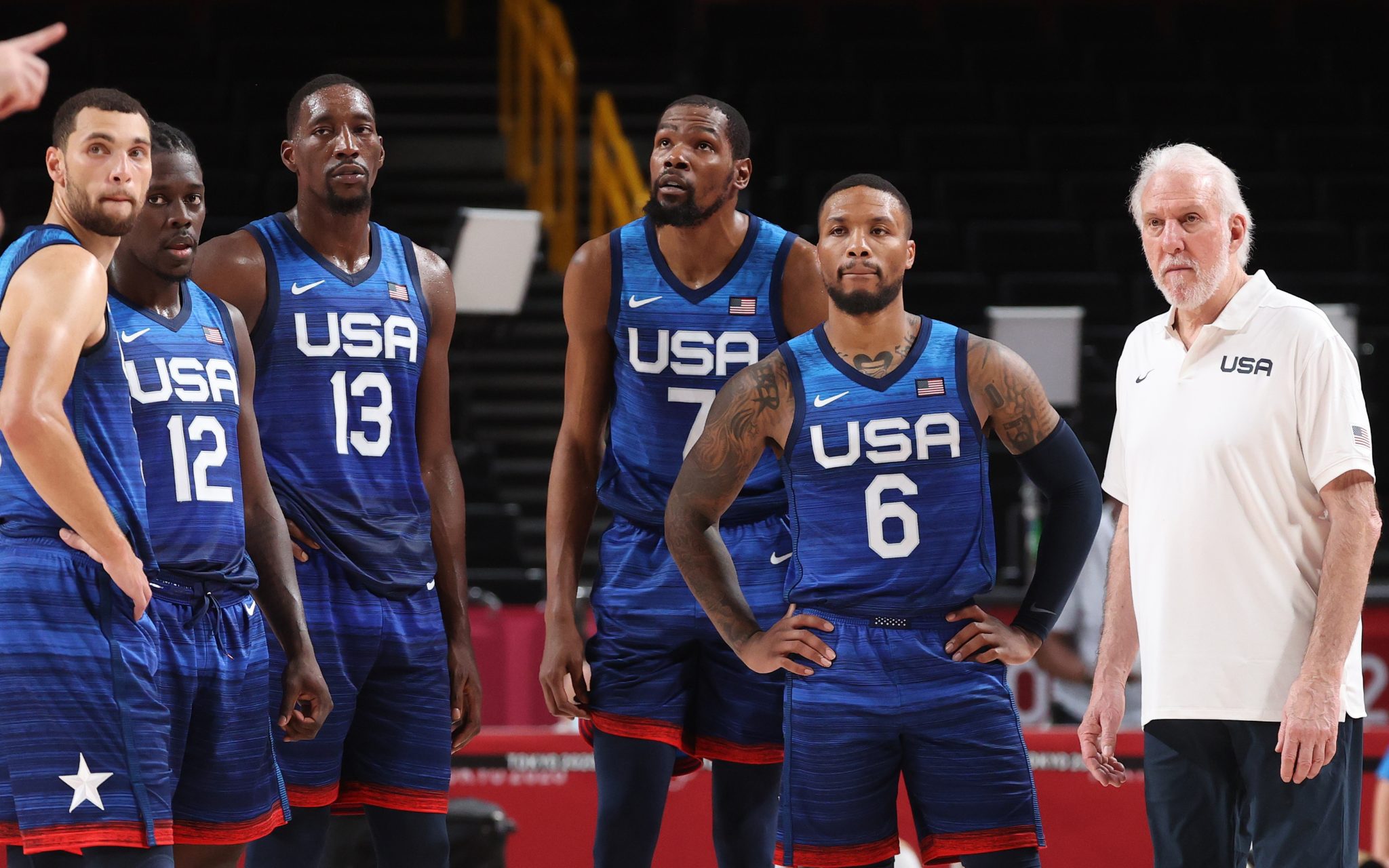 Tensions were high in Team USA’s ranks on Sunday night, just one game into their Olympic campaign.

After the Americans went down to France, the USA’s fifth loss in their last eight games including exhibitions, some players left the court complaining the team was “running the San Antonio offense”, according to The Athletic’s Joe Vardon.

But according to Gregg Popovich, the loss was due to errors on the players’ part, not his.

“We had (a seven-point lead) late in the game and we gave up 3s, so those are mistakes by players,” Popovich said. “Those things happen. But if we can be more consistent during the game, we wouldn’t have been in that position.”

Popovich was correct in saying his players made a series of costly mistakes in the final minutes of the game, but his comments are unlikely to help get everyone on the same page when there is precious little time to do so.

It’s only one loss, but it shouldn’t come as a surprise that Popovich and his players are already so frustrated. Anything less than winning gold is considered a catastrophic failure for the US, and no one wants to be a member of the team that failed.

While Team USA has won gold at every Olympics bar one since NBA players were first permitted to compete in 1992, players like Jayson Tatum and Khris Middleton first played internationally when the Americans finished seventh at the FIBA World Cup in 2019, and now already find themselves just one loss from being eliminate in disastrous fashion, again. The pressure they now face is immeasurable.

Remember, these players have been the very best at what they do their entire lives, and so has their coach. In fact, Popovich is as accustomed to winning as anyone in sports. His San Antonio Spurs made the playoffs 22 years in a row and he coached the team to five championships in that time. But the Spurs have failed to reach the past two postseasons and Popovich is getting an unfamiliar taste of losing, both in the NBA and on the international stage. So it would come as no surprise if his patience is wearing thin.

The irony is that the secret to success for the USA’s increasingly successful opponents is the same one that made Popovich’s Spurs so great: continuity.

While Team USA has hastily stitched together a vastly different collection of superstars shortly before each major tournament, the likes of Rudy Gobert, Evan Fournier and Nicolas Batum have played together for as long they can remember. The same goes for the groups that consistently represent Spain and Australia.

Of course, this American team faced a series of challenges unlike anything previous iterations of the team had ever seen, or any Olympic team for that matter. And those challenges all arrived before a single ball was bounced.

They lost Bradley Beal at the last minute to a coronavirus infection while Zach Lavine and Jerami Grant were forced into health and safety protocols. Kevin Love became another casualty through injury.

The Americans had just six players available for one practice, and according to ESPN’s Brian Windhorst, did not have anywhere near their full roster on the team flight to Tokyo.

Then there was the situation with Jrue Holiday, Khris Middleton and Devin Booker, each of whom had just four days to celebrate/mourn the NBA Finals before arriving in Tokyo less than 24 hours before the first game (interestingly, Holiday was one of the few Americans who played well against France).

It goes without saying that Team USA’s players and coaching staff are more than capable of righting the ship. But with one more loss spelling a disastrous and immediate end to their campaign, they’re already running out of time.