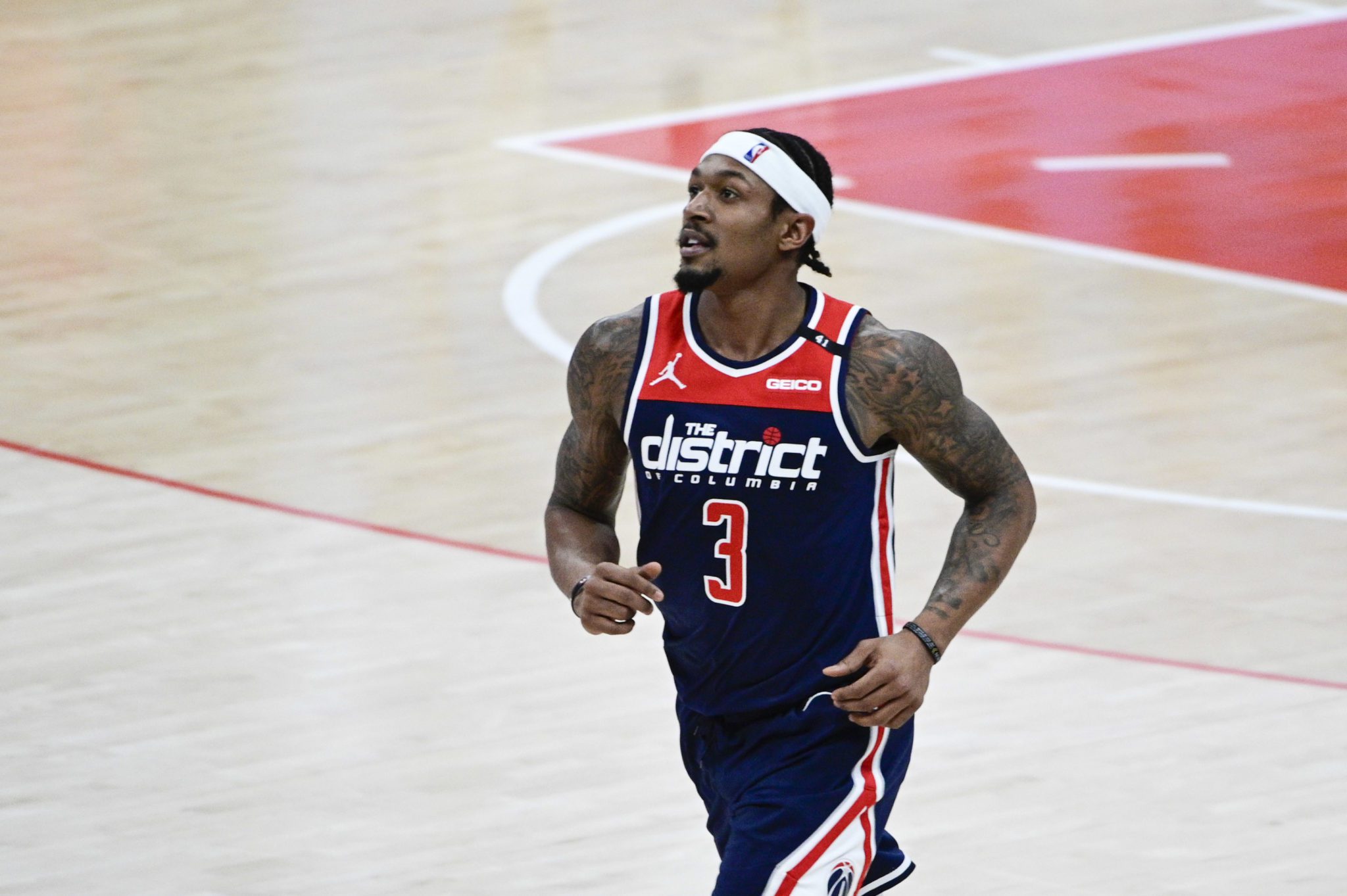 Washington Wizards’ star Bradley Beal has found himself at the center of trade rumors just days before the NBA Draft.

“He knows he has to make a decision before the draft,” one source with direct knowledge of Beal’s thinking told Bleacher Report, as reported by Jake Fischer.

From the outside, it seems there are only a few teams with the assets and cap flexibility to trade for Beal – as well as the confidence that he would sign a long-term extension.

One such team is the Boston Celtics, who Jason Dumas of Bleacher Report reported “would be a preferred destination” for Beal.

Boston would be able to make the deal without involving all-star Jaylen Brown, but it’s not known whether Washington would have any interest in entertaining such a package.

The Golden State Warriors could offer an enticing package centered around the #7 pick, the #14 pick, and forward Andrew Wiggins.

The Atlanta Hawks are another team with a strong foundation that could interest Beal and the Wizards’ front office.

Still, it’s important to take everything with a grain of salt.

Beal hasn’t even requested a trade – so at this point, all of these rumors are simply conjecture.