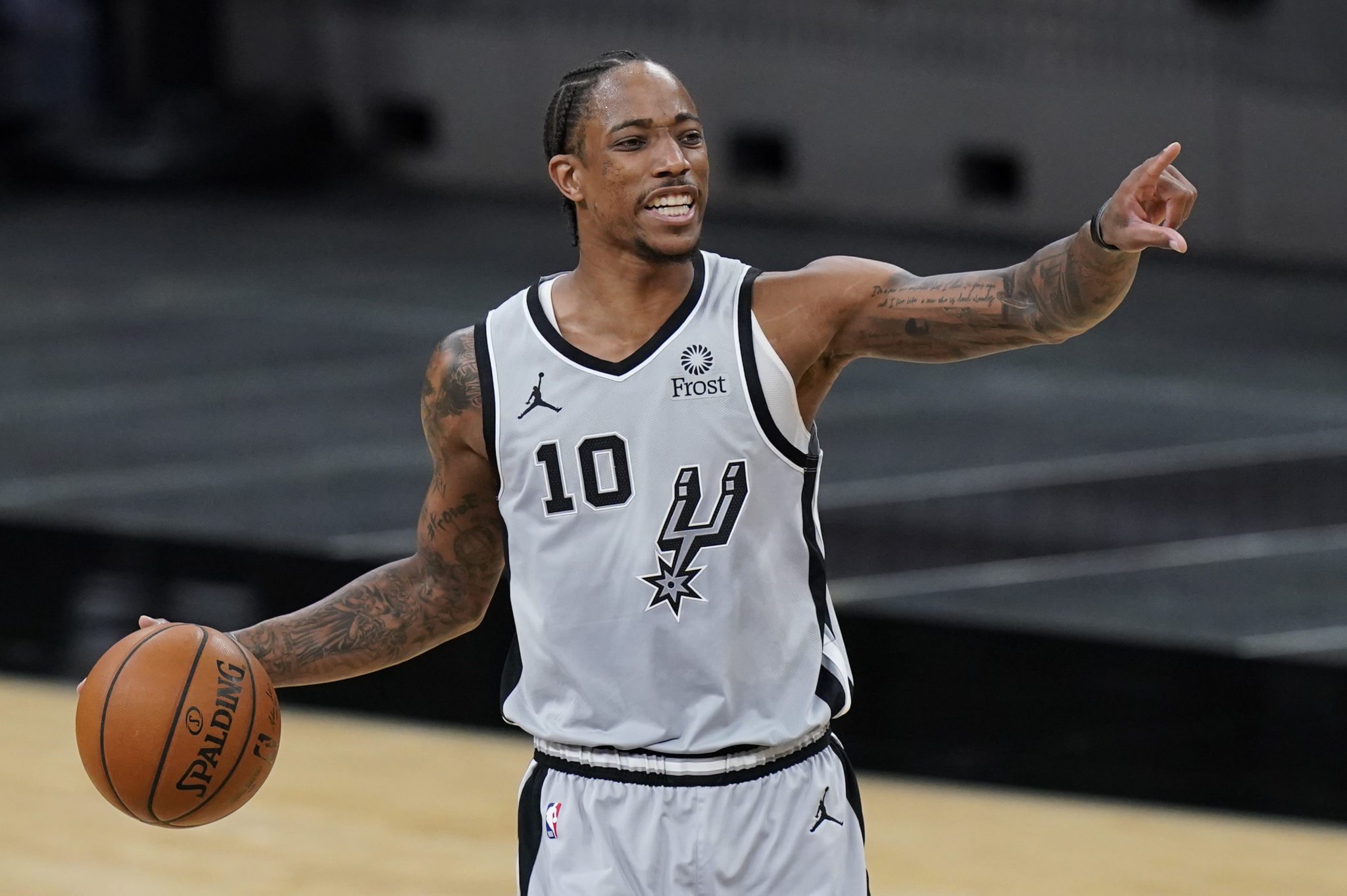 Four-time all-star DeMar DeRozan has interest in joining the Los Angeles Lakers, per a report from Broderick Turner of The Los Angeles Times.

“DeRozan, who starred at Compton High and USC, has interest in returning home to play for the Lakers, even if it is for less than the $27.7 million he earned last season in San Antonio, according to people not authorized to speak publicly on the matter,” Turner said.

DeRozan is an unrestricted free-agent, which means he can sign with any team in the league as long as his salary fits within the team’s cap structure.

The Lakers – who only have six players under definitive contract for next season – are dangerously close to the luxury tax threshold, per Basketball Reference.

To acquire DeRozan, the Lakers would need to do one of three things: shed substantial salary, agree to a sign and trade with the San Antonio Spurs, or convince DeRozan to sign for an exception.

It’s not impossible, but it’s not exactly plausible either – but if history has taught us anything, it’s that Lakers’ general manager Rob Pelinka isn’t afraid to make implausible moves.