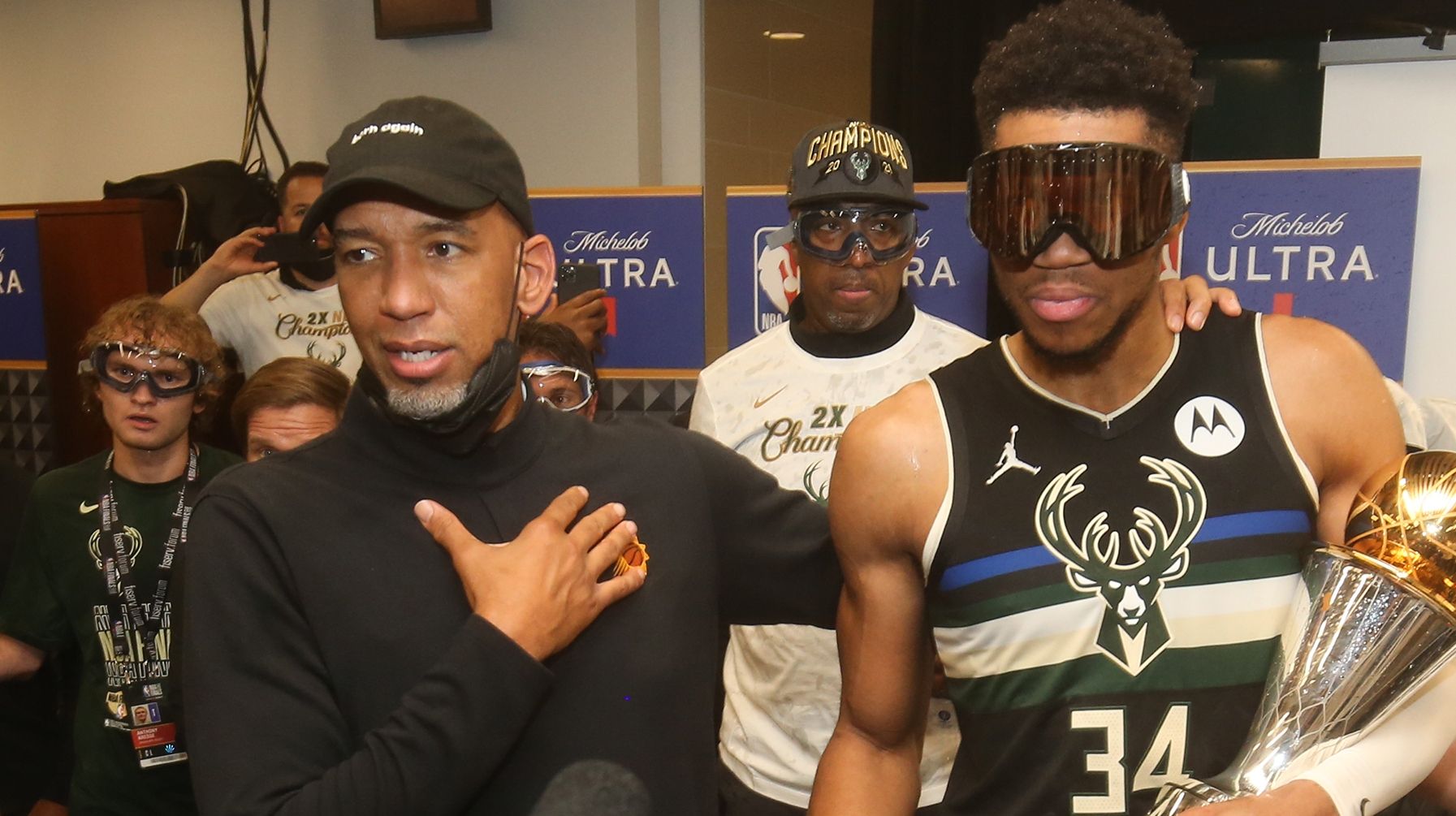 An emotional Monty Williams paid a visit to the Milwaukee Bucks locker room after the Bucks won Game 6 of the 2021 NBA Finals to congratulate his opponents on a fantastic series.

In his second year with the Suns, Williams choked up while speaking to reporters at Fiserv Forum postgame.

“I think it’s going to take me a minute. I just don’t take it for granted,” he said, his voice dropping to barely a whisper.

“It’s hard to get here, and I wanted it so bad, you know? It’s hard to process right now.”

Bucks’ star Giannis Antetokounmpo put up a historical performance, going for 50 points, 14 rebounds, and making 17 out of 19 free throws.

Unanimously, he was named Finals MVP, adding to an already impressive resume for the 26-year old “Greek Freak.”

The Suns were making their first Finals appearance since 1992-93 and started hot going up 2-0 after an impressive run through the tough but injured Western Conference.

But the Bucks came back to win four straight games making the defeat that much tougher for Williams in his first Finals series as a coach.

An emotional Williams showed pure class by paying a visit to the Bucks’ locker room to congratulate Antetokounmpo and the rest of the team for bringing the city it’s first title since Kareem Abdul-Jabbar (then Lew Alcindor) and Oscar Robertson won in 1971.

Here is what Williams told the team during his visit:

“I just wanted to come and congratulate you guys as a man and a coach,” Williams told the Bucks, with his arm around Antetokounmpo.

As always, coach Williams handled this loss with grace and class, and it reinforces why he is one of the most liked personalities across the league.