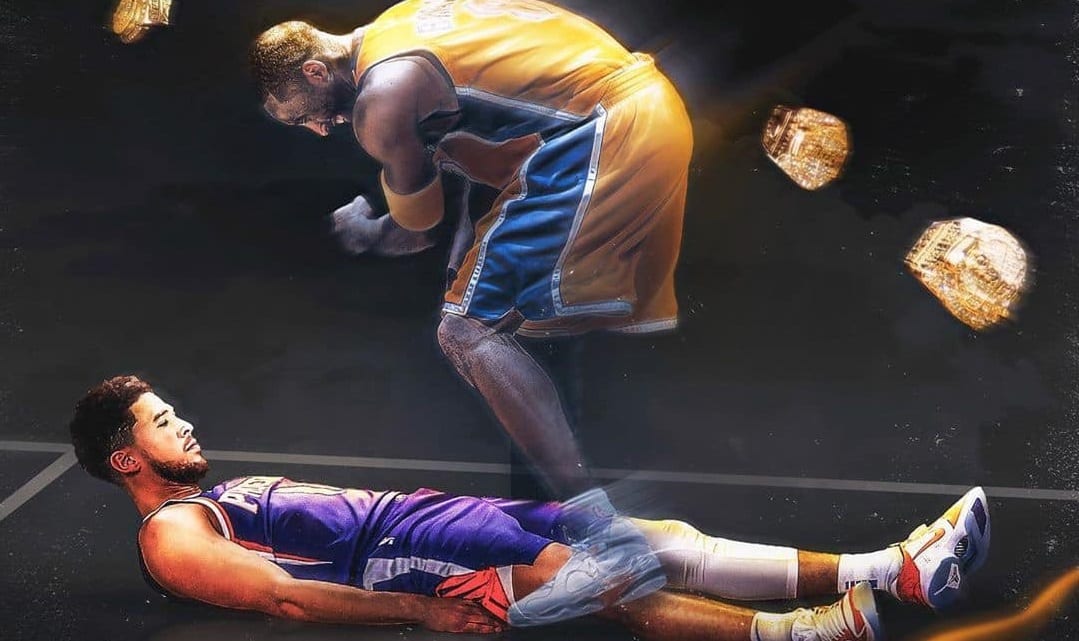 The Devin Booker-Kobe Bryant comparisons are hard to avoid. While no one is claiming Booker is on Bryant’s level, there are undeniable parallels between each player’s “mid-range assassin” instincts and cold-blooded heroics.

Now, in the midst of a captivating Finals series between the Phoenix Suns and Milwaukee Bucks, Booker has responded to those comparisons.

“I know that it’s something that everyone has going on around now,” Booker said on ‘The Jump’. “But I didn’t make that comparison myself. I just leave it at what he’s done for me as a mentor and the advice that he’s left.

“So I try to take bits and pieces of his mentality and his approach. But you know, I should never be compared to Kobe Bryant.”

"I should never be compared to Kobe Bryant."

Bryant has always been Booker’s hero, long before he received an autographed pair of sneakers from the Lakers legend that famously included the message “be legendary”.

“The biggest thing for me was earning his respect,” Booker told reporters after Bryant’s tragic death in January 2020. “To even be the guy in the room after we play them that he wanted to talk to or share advice with. Then our relationship had grown from there.

“Just figuring out what type of person he was outside of the ‘Mamba Mentality’. How he raised his daughters and how much of a family man he was something that was just incredible.

Kobe Bryant signed a pair of shoes for Devin Booker and the game program. He wrote, "Be legendary." #SunsVsLakers pic.twitter.com/DR8e9r0Xk4

Booker has blossomed into a genuine star since entering the league six years ago, most recently putting up 42 and 40 points over his past two games in a Finals series no one expected him to reach.

It’s safe to say Kobe would be proud, and that’s all that matters to Booker.