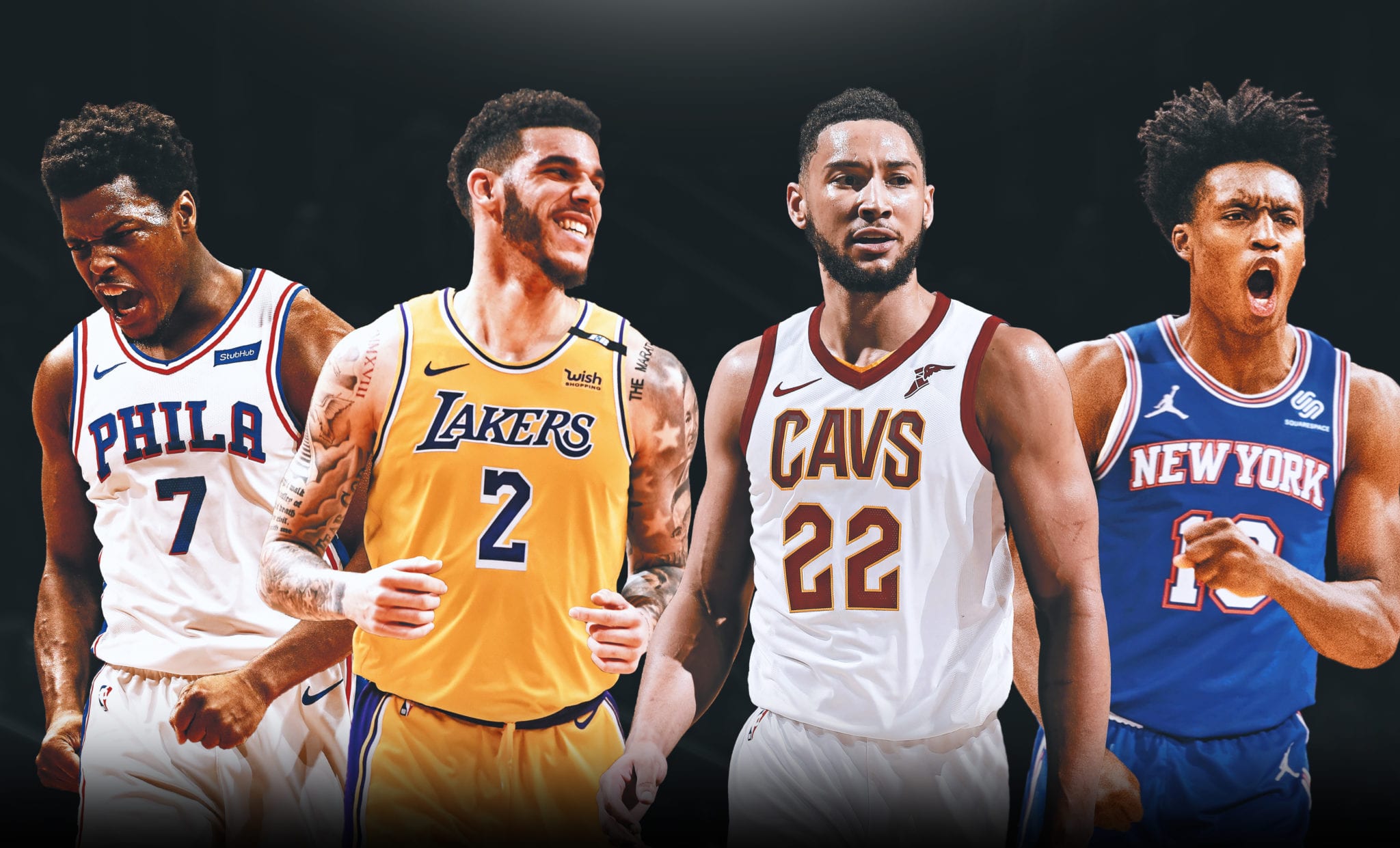 As always around this team of year, there’s plenty of player movement chatter.

Here are the latest whispers around the league.

LONZO BALL BACK TO THE LAKERS?

According to Marc Stein, the Lakers’ pursuit of “one more difference-making playmaker” could eventually lead them back to their old friend Lonzo Ball.

Bearing in mind, Dennis Schroder appears to be out of favour in LA with a poor showing in his first season as a Laker.

And according to Shams Charania. the New Orleans Pelicans “are unlikely to match a significant offer sheet” for Ball, so they may be open to sign and trade proposals.

Ben Simmons is officially available for trade, according to The Athletic.

But the price is high, with the 76ers asking for an All-Star-calibre player in return, according to the report.

That could prove to be more than anyone is willing to offer for Simmons with his stock at an all-time low, but it makes sense for Philly to make their initial asking price a high one.

According to Marc Stein, teams interested in Simmons include Cleveland, Indiana, Minnesota, Sacramento and Toronto.

Simmons is still just 24 years old but is owed a whopping $146 million over the next four years.

Kyle Lowry likes the idea of heading home to Philadelphia, according to Jake Fischer.

Lowry has also been a long-time favourite of Sixers president of basketball operations Daryl Morey, who traded for Lowry in Houston back in 2009.

But Philly will need to find a trade for Ben Simmons first, due to cap reasons and both players playing the same position.

No one is making a stronger run at Collin Sexton than the Knicks, according to Shams Charania. It’s been reported that a trade involving Kevin Knox, Obi Toppin and a 2021 first rounder have been discussed.

However it’s not yet known how close the teams have come to reaching a deal, but it’s a pretty safe bet that Cleveland will be wanting more in return if they are going to part ways with their high-scoring young guard.

DANNY GREEN ON THE MOVE?

Changing teams is becoming something of an offseason tradition for Danny Green, and that trend may continue this summer. Green, who will be an unrestricted free agent, could be a sign-and-trade candidate this summer according to Jake Fischer.

Green was a significant part of the 76ers’ rotation, but it’s expected he will be coveted by numerous teams around the league.

John Collins will be a restricted free agent this summer, so Atlanta can match any offer he receives. But that won’t stop him generating plenty of interest around the league.

Dallas, Miami, Minnesota and San Antonio are among the teams that have their eyes on him, according to Shams Charania.

But only the Spurs are currently in a position to offer Collins the maximum amount he can command ($28 million). Those other teams would need to make some moves in order to free up cap space.

WARRIORS LOOKING TO TRADE LOTTERY PICKS FOR A STARTER

The Warriors have made it clear they’re open to trading the No.7 and No.14 picks in this year’s draft, according to multiple reports.

This is a team looking to return to championship contention as soon as possible, with Steph Curry and Klay Thompson now 33 and 31 years old respectively. They’re looking for a starting quality player in exchange for their two lottery picks, according to The San Francisco Chronicle.

And because that incoming player would likely be on a fair bit of money, the Warriors may have to offload a player like Andrew Wiggins to make salaries match.