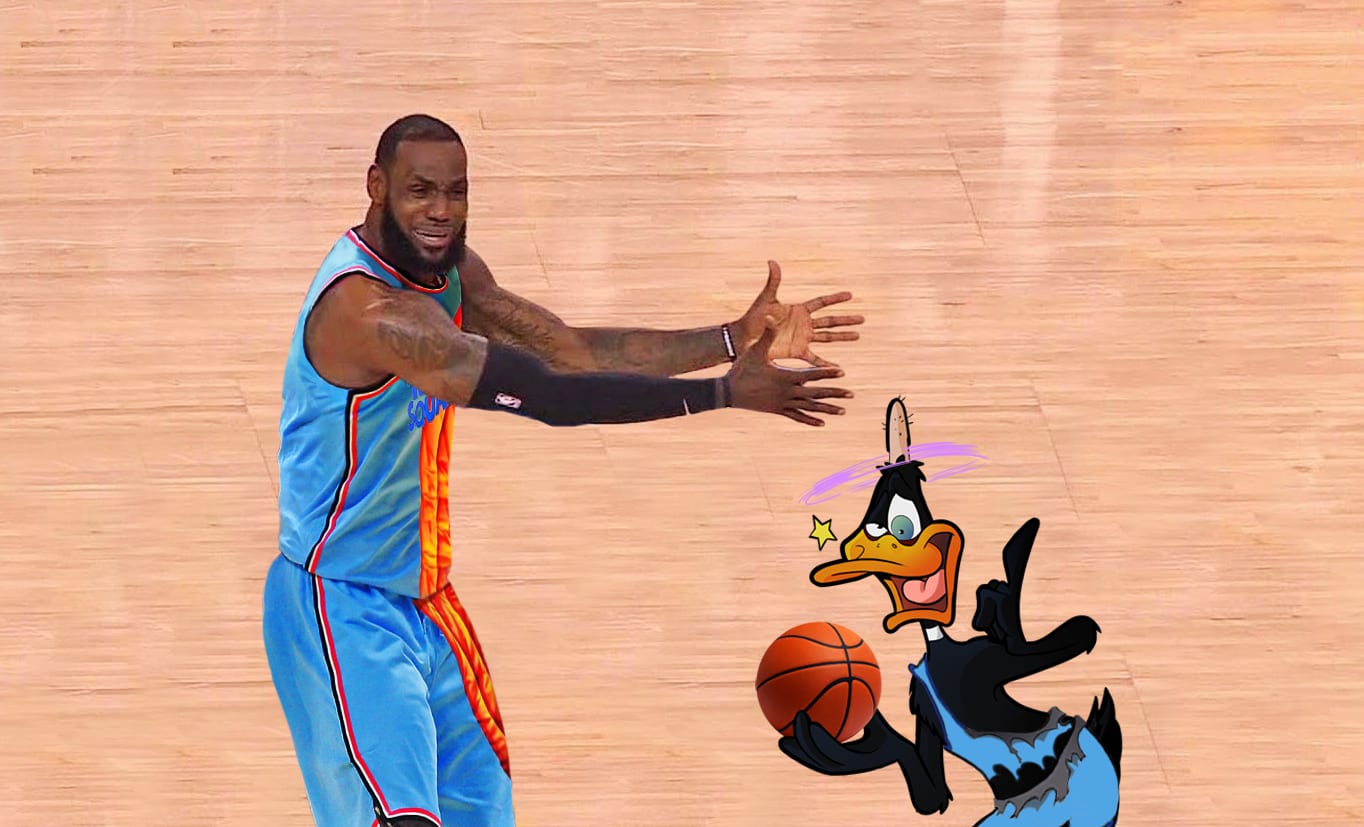 Thanks to his days with Cleveland in the late 2000s, and even that Cavs squad in 2018, LeBron James is no stranger to dragging awful teams through massive games, and he’ll have to do it again this year with Bugs Bunny and Daffy Duck by his side.

To get you ready for the upcoming showdown between the Tune Squad and the Goon Squad, we answer five big questions about Space Jam’s long-awaited sequel and make our predictions along the way.

HOW WILL THE GAME PLAY OUT?

When the Tune Squad was first assembled, the Tasmanian Devil popped two basketballs with his teeth, Yosemite Sam repeatedly discharged a firearm during practice and Bugs kept becoming visibly aroused by one of his teammates. This is a notoriously undisciplined team, and that could make any potential road to victory a rocky one.

Plus, with 25 years between games, expect plenty of rust too. The last time these guys played, they conceded so many first-half points the scoreboard couldn’t keep up. The Tune Squad will almost certainly stumble out of the blocks again, before LeBron helps them bring it back (if only live betting were possible).

This could be the one area where the movie mirrors its predecessor, unless we’re expected to believe the Tune Squad can match it with the Goon Squad right from the tip. Then again, anything’s possible. After all, Looney Tune Land is the same place MJ was able to take off from half-court and drop the ball in the hoop while being violently tackled by a pair of roided-up Monstars.

Plus, without a big first-half deficit to work with, the writers could conceivably find other ways to introduce adversity for the good guys to overcome, such as injuries (or James pouting and heading to the locker room early) (only kidding, LeBron fans).

OTHER THAN LEBRON, WHO ELSE WILL HAVE A BIG GAME?

This point has been made elsewhere – notably by this switched-on Redditor/degenerate gambler – but it certainly stands to reason that Lola Bunny could be in for a big night. Regardless of how often of it stems from honest intentions as opposed to public pressure, many filmmakers are making a long overdue effort to bring strong female lead characters to the big screen.

Space Jam’s creators have already made a concerted effort to make Lola’s character less about her looks. Expect her to kick ass on the court, and remember, Lola was already the most competent player on the original Tune Squad outside of Michael Jordan.

WILL LEBRON SURPASS MJ’S SCORE FROM THE ORIGINAL MOVIE?

This is a tough one. On one hand, LeBron surely wants to surpass Jordan in every way possible, in the cartoon world and in the real world. So it’s both possible and plausible that he pushed the film’s writers to ensure he would get plenty of buckets. And if his basketball career is anything to go by, LeBron probably wasn’t shy about having his say behind the scenes.

However, while scoring in bunches may have been a tempting way to go, a big part of what makes Bron so great is his ability to pass the ball and showcase a well-rounded game. It’s a huge part of his appeal, and his elite passing and rebounding is one of his greatest edges over Jordan (another one is of course his longevity, but it may be hard to showcase that in Looney Tune Land unless he makes like seven more of these movies).

There’s also the fact that going down a different road to Jordan (who had a healthy appetite for scoring on the big screen back in ’96, dropping 44 on the Monstars) would add a refreshing twist to the sequel. The film’s creators have already shown a liking for storytelling which veers away from the norm, with LeBron’s fictional son Dom wanting to be a video game developer rather than a basketball player like his dad.

With all this in mind, expect LeBron to get his teammates involved and score less than Jordan’s 44 points.

Not only would a LeBron game-winner be too obvious a conclusion, but it would also mirror the original movie. Surely the writers were a little more creative than that.

Besides, James has always been about playing unselfish basketball and making the right play down the stretch, even if that means passing the ball off to a teammate for the final shot. Don’t be surprised if that’s what happens here. A LeBron to Lola lob could even be on the cards.

WILL SPACE JAM 2 RANK HIGHER THAN THE ORIGINAL ON ROTTEN TOMATOES?

You could actually bet on this (in Australia at least) before all Space Jam markets were suspended ahead of this week’s advanced screenings.

Incredibly, Aussie bookmaker Sportsbet was paying better odds for the “overs” – when it came to Space Jam 2’s Rotten Tomatoes rating – than it was for the unders, with the line set at 64.5 percent.

For context, the original Space Jam’s Tomatometer is set at 45 percent. And how often does a sequel receive greater critical acclaim than the original?