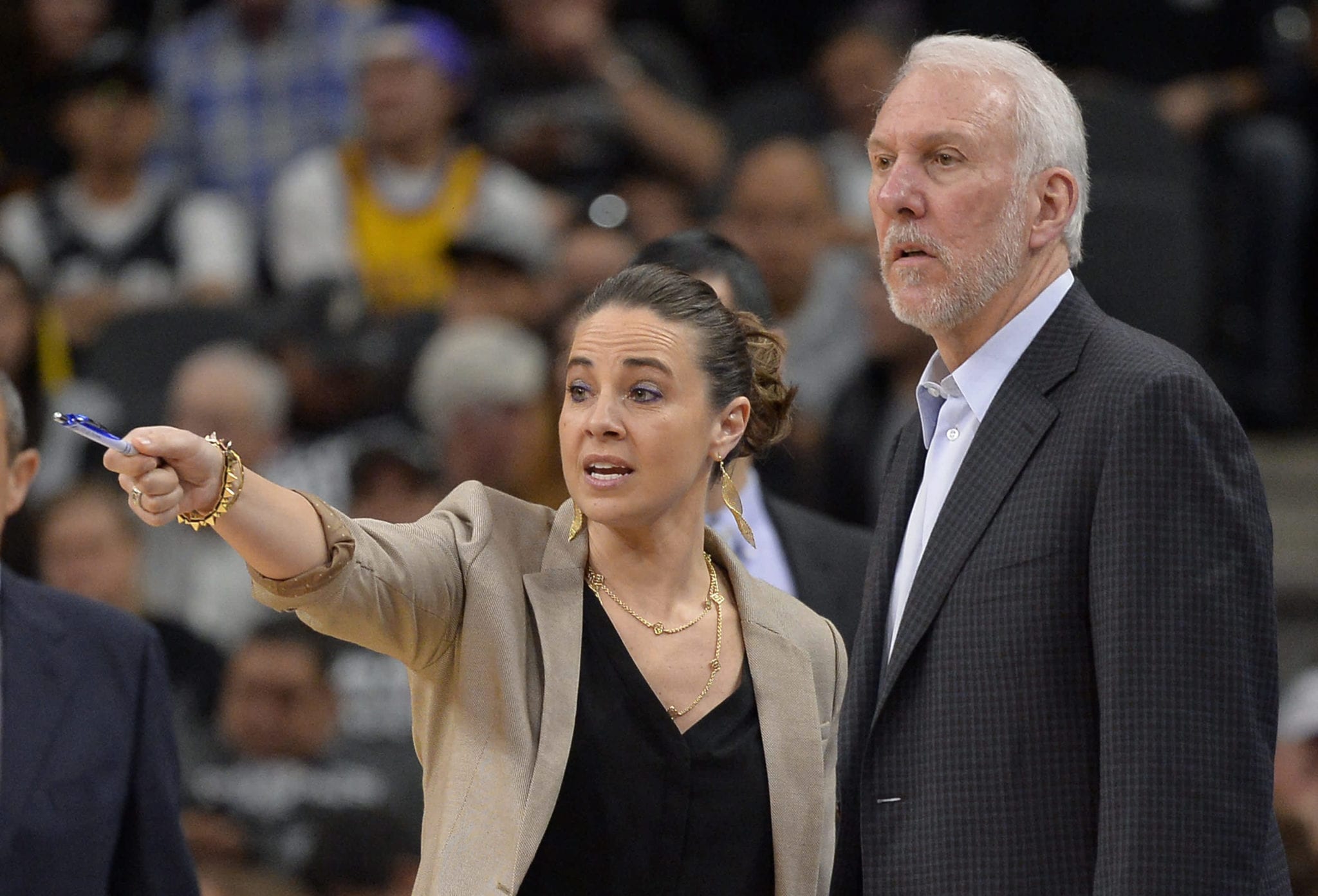 Unfortunately, the Portland Trail Blazers did not think Hammon was the right person for the job, despite being a finalist.

The longtime assistant to Gregg Popovich in San Antonio says she isn’t mad about not getting the job, but she also says she isn’t blind or naive about the process of getting a head coaching gig.

She recently talked to CNBC about her experience hunting for that coaching opportunity.

Thanks to her work as an assistant under Popovich since 2014, Hammon has been rumored and considered for many NBA head coach openings around the league.

She has often been looked at as the top candidate to become the first female head coach in the NBA.

She was joined by South Carolina’s head coach Dawn Staley.

Neither were hired, and Hammon continues to wait for her opportunity.

Blazers GM Neil Oshey talked about Hammon in June after the team went with Billups as Terry Stotts’s replacement.

“She did a great job. Making it as far as the owner in the process isn’t easy. She made it all the way to the ownership level, which is an endorsement.”

Despite Oshey’s attempts to praise Hammon, his remarks came off as condescending to some.

Many believe the Blazers were never serious about hiring Hammon and that they were set on Billups from the start, including Hammon herself.

“I knew I was second,” Hammon said.

“I knew who they wanted. And I’m OK with that, because every race I’ve gotten into my entire life, I’ve been behind, and I’m OK with that. And that’s just how it is. But at the same time, I’m not ignorant to what I’m going up against.”

Until the next opportunity comes up, Becky Hammon will likely be on Popovich’s staff next season for another run with the Spurs.