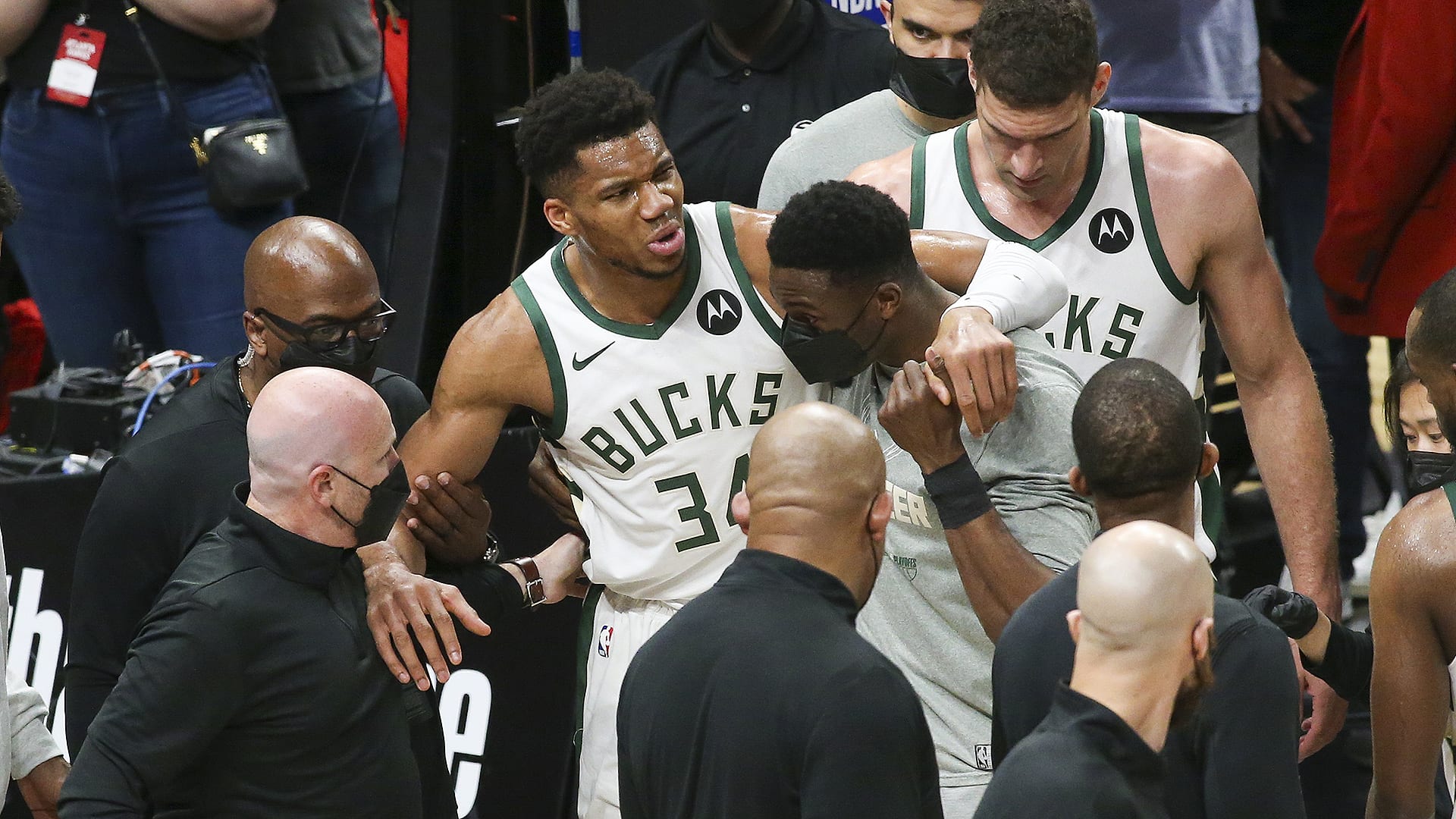 Milwaukee Bucks superstar Giannis Antetokounmpo, a two-time MVP and former Defensive Player of the Year, is about to compete in his first NBA Finals.

That is, if he’s healthy enough to step on the hardwood.

Antetokounmpo suffered a hyperextended left knee in Game 4 of the Eastern Conference Finals against the Atlanta Hawks.

But despite his absence in the following two games, the Bucks were able to hold on to win the series, earning them their first Finals berth since 1974.

“These guys have put the work in all year. They deserve to go to the finals,” said Bucks’ coach Mike Budenholzer, via Fox News.

As for Antetokounmpo’s availability, Coach ‘Bud was less sure, via CBS Sports.