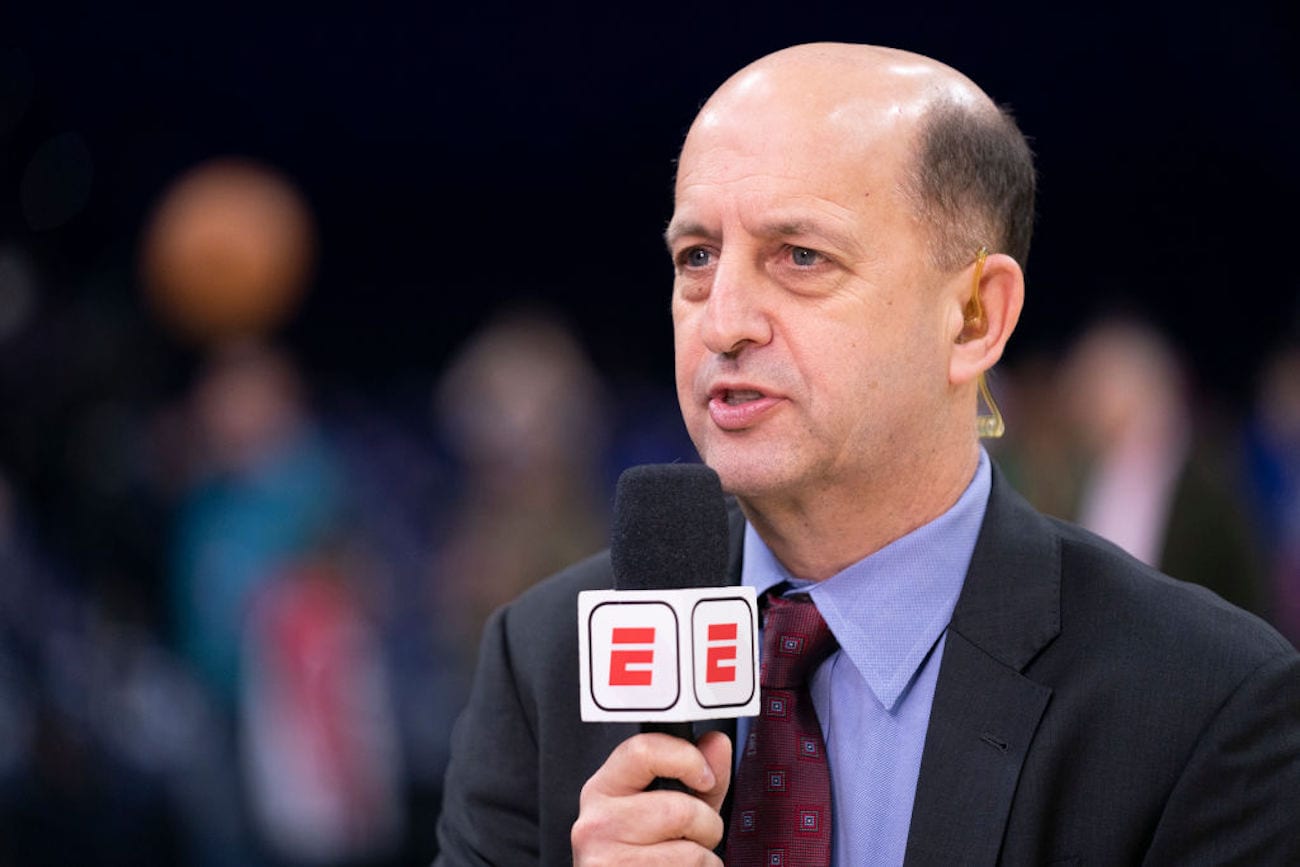 Announcer Jeff Van Gundy is under fire for saying he was “sick of the sissification of the game” during the Phoenix Suns-LA Clippers matchup Monday night.

Van Gundy’s comment came with 4:17 left in the fourth quarter when the Suns’ Jae Crowder was charged with a flagrant foul for slapping Paul George in the face while contesting his shot.

Jeff Van Gundy “I’m sick of the sissification of the game” pic.twitter.com/jM8L6sievA

Replays showed Crowder clearly hit George in the face and met the requirements of a flagrant foul–unnecessary contact to the opponent.

But in Van Gundy’s world, the call was just another example that the NBA had gotten too soft.

“I am sick of the sissification of the game. That’s not a flagrant foul. He contested. He fouled him. Shoot your two free throws,” said Van Gundy.

“No, No. That’s not just a contest; that’s a slap in the face. He understood what he was doing,” said Jackson.

Crowder was assessed a Flagrant 1, and George made two free throws extending the Clipper lead to 14 points.

George would finish the game with 41 points, and the Clippers prevailed 116-102 to force a Game 6 back in LA., but there was plenty of talk after the game focused on Van Gundy’s comment.

One Twitter user pointed out that Van Gundy’s perspective was shaped during his coaching time in the 1990s.

Other users just wanted Van Gundy to get another job.

“I really hope Jeff Van Gundy gets a Head Coach job next year so nobody has to hear him on a TV ever again,” Tweeted JB.

Another commented, “I wish I could poke Jeff van gundy in the eye.”

Clippers and Suns tip off Wednesday at Staples Center.