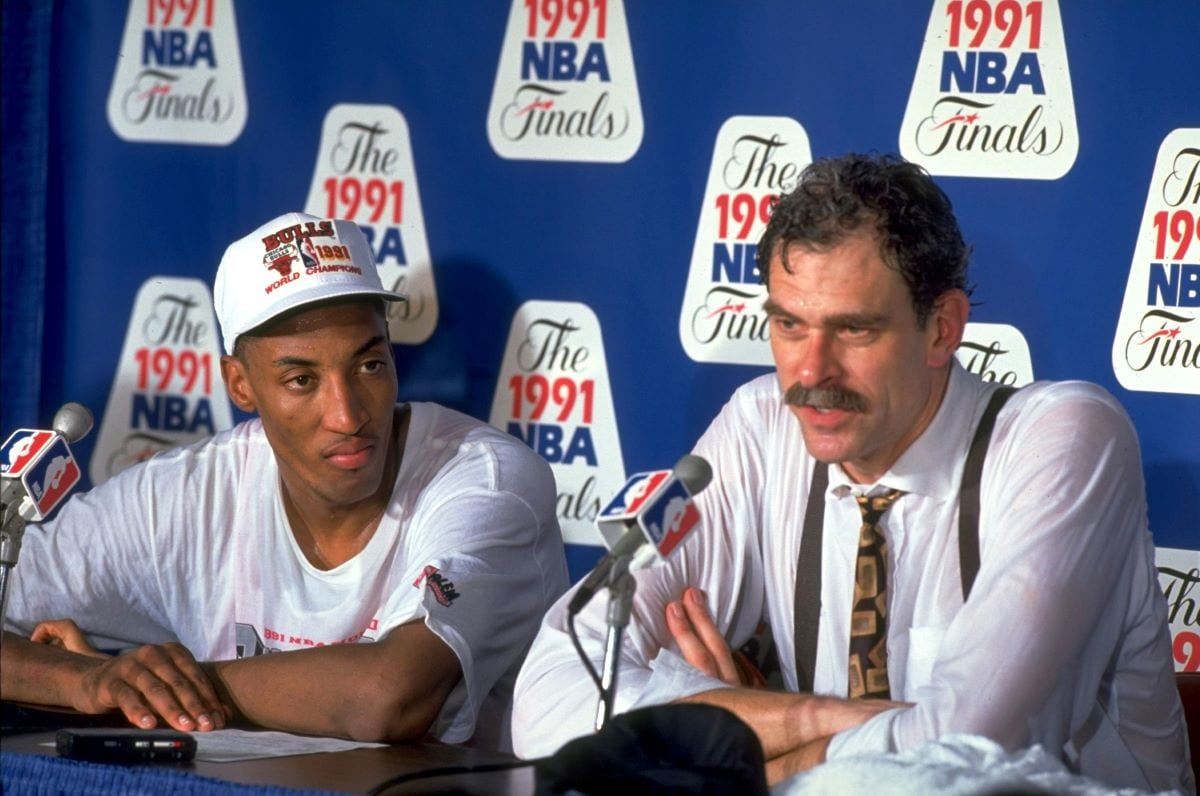 Among the many topics he has addressed recently is his infamous decision to take himself out of a playoff game in 1994 in which coach Phil Jackson drew up a play for Toni Kukoc, who proceeded to hit the game-winner.

In an interview with GQ last week, which happened to be the same interview where Pippen criticized Kevin Durant and Ben Simmons, the seven-time All-Star said he felt disrespected and insulted by Jackson.

In fact, Pippen went as far as saying that he felt Jackson denying the final shot to him was a “racial move.”

Here is the full quote from Pippen:

“I don’t think it’s a mystery, you need to read between the fine lines. It was my first year playing without Michael Jordan, why wouldn’t I be taking that last shot? I been through all the ups and downs, the battles with the Pistons and now you gonna insult me and tell me to take it out? I thought it was a pretty low blow. I felt like it was an opportunity to give [Kukoc] a rise. It was a racial move to give him a rise. After all I’ve been through with this organization, now you’re gonna tell me to take the ball out and throw it to Toni Kukoc? You’re insulting me. That’s how I felt.”

Dan Patrick asked Pippen about the “racial move” comment he made on his show on Monday.

Pippen didn’t shy away from answering that question with his full honesty.

As a matter of fact, he doubled down on his response and called Jackson a racist.

DP: ".. By saying it was a racial move then you're calling Phil Jackson a racist…"

Pippen: "I don't have a problem with that."

Exchange with @ScottiePippen on Phil's decision to have Kukoc take final shot against the Knicks pic.twitter.com/pH2aDLMDcQ

Regarding Jackson, Pippen also said he used his relationship with Kobe Bryant as an example of how he took advantage of Black players.

Bryant and Jackson were together from 1999 to 2004 as a part of the Los Angeles Lakers.

In that book, Jackson was very critical of Bryant, only to return to coach the Lakers in 2005.

Here is another excerpt from Pippen:

“Do you remember Phil Jackson left the Lakers and then wrote a book on Kobe Byrant and then came back and coached him? I mean, who would do that? You name someone in professional sports that would do that. I think he tried to expose Kobe in a way that he shouldn’t have. You’re the head coach. You’re the guy who sits in the locker room and tells the players, ‘this is a circle, and everything stays within the circle, and that’s what team is about.’ But you as the head coach, opening up, and now you go out and try to belittle at that time one of the greatest players in the game?”

He talked about how Jordan didn’t have a problem passing the ball to Steve Kerr for the game-winning shot of the 1998 NBA Finals.

However, Scottie Pippen believes Jordan only said he would pass the ball to Kerr because cameras were filming him in the huddle.

He even thinks Jordan rehearsed that moment ahead of time.

Here are Pippen’s thoughts on that situation:

Scottie Pippen, a six-time champion with Jordan, hopped on Twitter after the interview to add more fuel to the fire.

He knows those comments will ruffle some feathers, and he is okay with that.

I’m just answering the questions y’all asking me. You wanted the headlines, you got them – dig deeper to find out why I actually said what I said instead of framing your questions to get clicks. It’s all love! 🖤