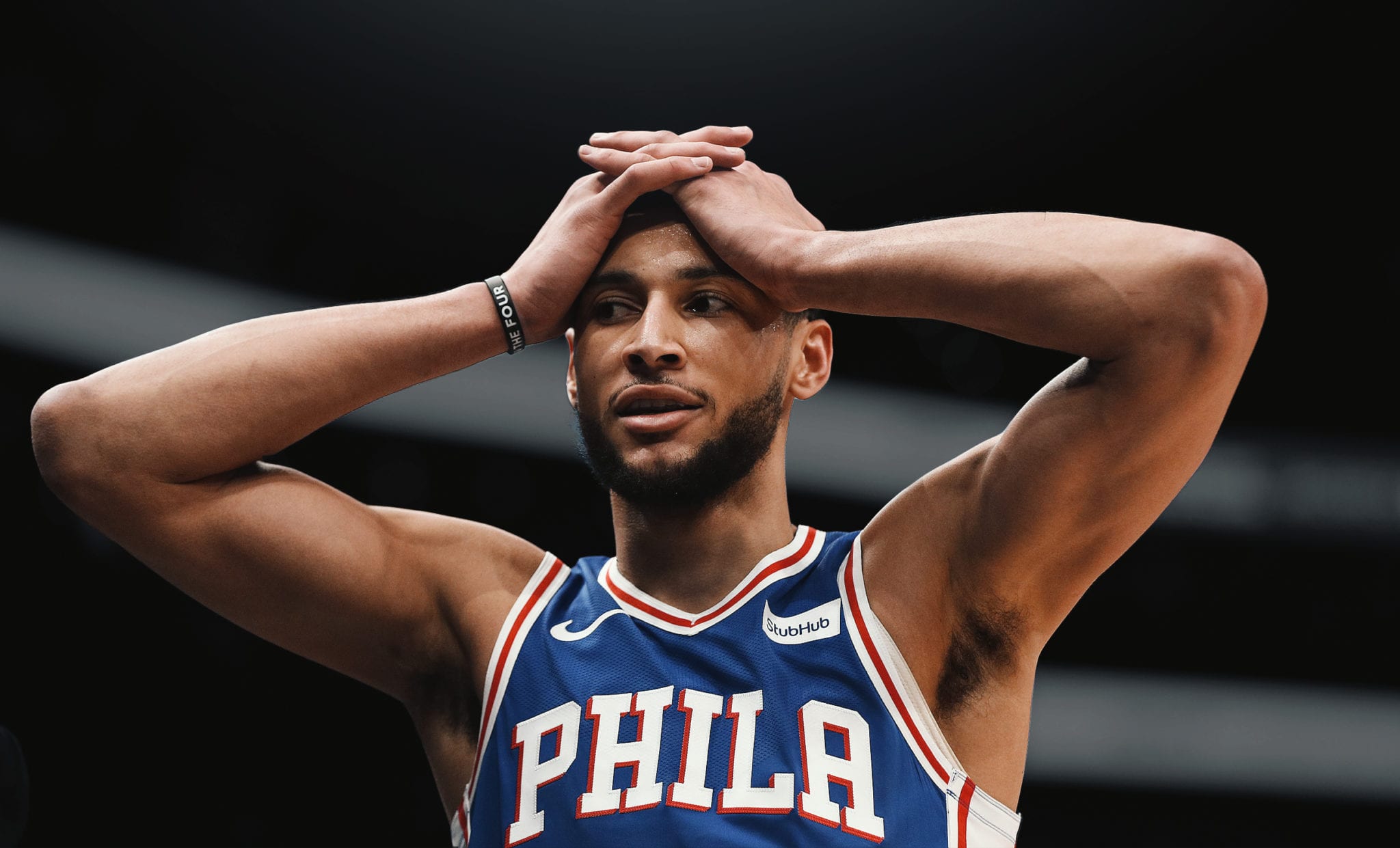 After limping to historic lows from the free-throw line and barely shooting at all late in games throughout the playoffs, Ben Simmons has addressed his offensive struggles.

“I ain’t shoot well from the line this series,” Simmons told reporters following the Philadelphia 76ers’ crushing Game 7 loss to the Atlanta Hawks. “Offensively, I wasn’t there. I didn’t do enough for my teammates. … There’s a lot of things that I need to work on.”

Simmons made just 33 percent of his free-throws against the Hawks and converted at 34.2 percent from line in the playoffs overall. His abysmal strike rate from the charity stripe also earnt him an unwanted piece of history, as he managed the worst free-throw percentage in NBA playoff history for a player with at least 70 attempts, according to ESPN Stats & Information.

The three-time All-Star was repeatedly the victim of ‘Hack-A-Shaq’ and his inability to convert from the line made him a major liability despite his All-Star status. Simmons barely looked to shoot in general and did not attempt a single fourth quarter field goal in five out of his seven games against Atlanta.

To add fuel to Philadelphia’s fire, Joel Embiid said postgame he believed Simmons failing to shoot when he was open under the basket to be the moment the game turned against the 76ers.

Simmons also addressed the incident during his media availability.

“I just assumed Gallo was coming up on my back,” he said. “And then [John] Collins moved out [of the lane], so I thought we just had a wide-open dunk.”

Embiid was not the only member of the 76ers to bluntly address Simmons’s postseason play. Sixers coach Doc Rivers was asked whether the 76ers can win a championship with Simmons as their point guard, and answered by saying “I don’t know that question or the answer to that right now”.

Simmons did admit he has some mental demons he needs to overcome.

“The first thing I’m going to do is clear my mind and get my mental right,” he said. “You got to be mentally tough. You can’t take games for granted. Especially in the playoffs. Every game matters. Every possession matters.”

Simmons, who remains an elite defender and held Trae Young to 5-23 shooting in Game 7, turns 25 next month and is owed $140.4 million over the next four seasons.