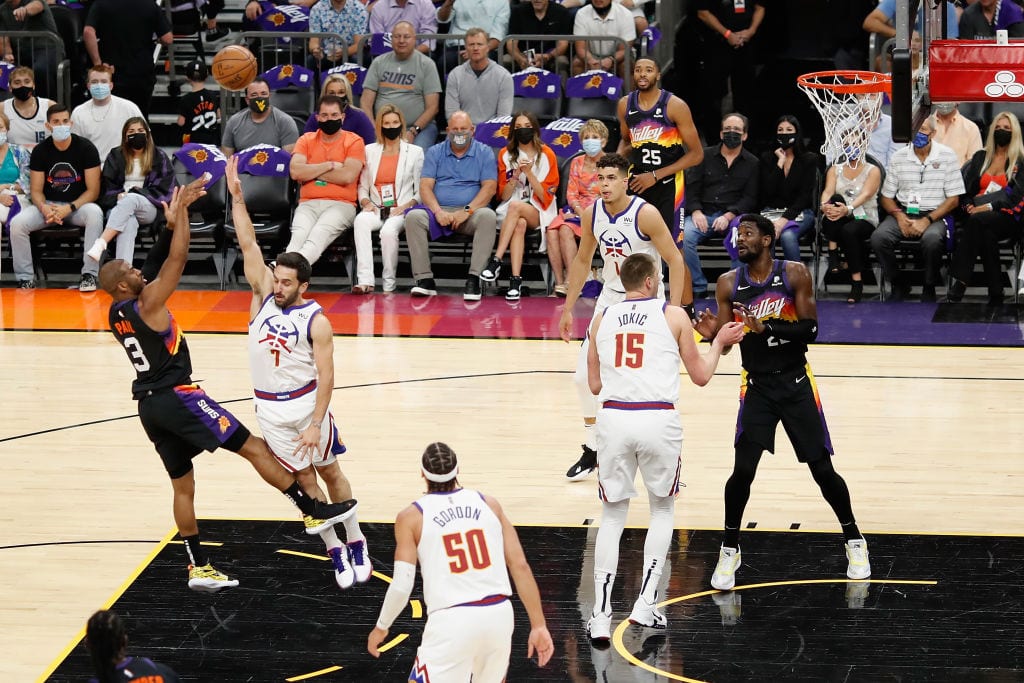 Denver Nuggets star Nikola Jokic received his MVP trophy in front of a large and raucous crowd at the Ball Arena, but neither Jokic nor the fans could keep the Phoenix Suns from taking a 3-0 lead Friday night.

Denver showed fight throughout the game, trailing the Suns by just seven points in the third quarter, but Phoenix was by far the better team.

With no NBA team ever overcoming a 3-0 deficit, the Suns’ 116-102 victory all but guarantees they’re headed to the Western Conference Finals for the first time since the 2009-10 season.

After the MVP ceremony during the pregame, Phoenix jumped out to a double-digit lead midway through the first quarter.

The Nuggets cut the lead to single digits in the third quarter, but a Phoenix 14-2 run blew the lead up to 20 early on in the 4th quarter.

That was all the Suns needed to lock up the series in their favor.

A balanced attack led by Chris Paul ensured the Suns another playoff victory.

Paul and Devin Booker combined for 55 points, while center Deandre Ayton was strong again in the paint, scoring 10 points and 15 rebounds.

While Jokic posted MVP numbers, 32 points, 20 rebounds, and 10 assists, he didn’t have any help.

Michael Porter Jr. went 5-of-13 with 15 points, Aaron Gordon scored four points, and Will Barton returned off the bench from a hamstring issue.

As for Paul, he has been a closer for this Suns team:

At this point, the Nuggets are done.

Even with Jokic playing like an MVP, the Nuggets are still losing by 14 points.

It is unfortunate for Denver because they just ran into a hot Phoenix Suns team that went 27-11 against teams .500 or above this season.

Game 4 scheduled is for Sunday night.