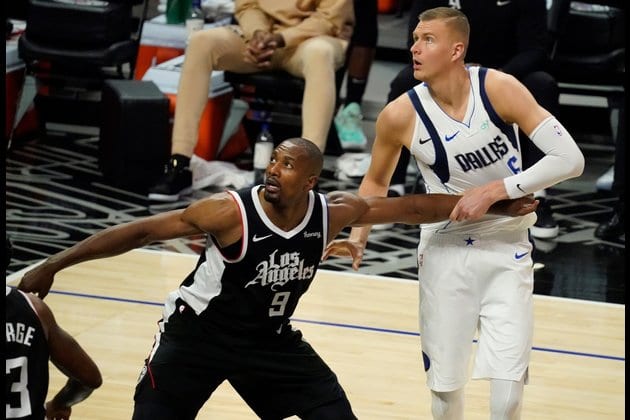 Los Angeles Clippers big man Serge Ibaka will not be rejoining his teammates as they attempt to come back from a 2-0 deficit to the top-seeded Utah Jazz.

Ibaka underwent season-ending back surgery on Thursday for the same back injury that ruled him out for most of the postseason.

The 11-year veteran is expected to make a full recovery.

Prior to the postseason, Ibaka did not play for two months during the regular season.

Ibaka did play in the penultimate regular-season game and appeared in four games, including some playoff games.

The six-foot-ten forward played no more than 19 minutes in those games.

Ibaka was one of the biggest offseason acquisitions when he left the Toronto Raptors to sign in LA last offseason.

He took over starting duties for Ivica Zubac with averages of 11.1 points and 6.7 rebounds per game this season.

After signing the mid-level exception to reunite with championship teammate Kawhi Leonard, Ibaka could return to the Clippers next year as he has a $6.7 million player option he can exercise.

Meanwhile, the Clippers have been searching for answers as they have to deal with a legit center threat in newly minted Defensive Player of The Year Rudy Gobert.

Ibaka allowed LA to stretch the floor on offense (shooting 33.9 percent from three), while anchoring the interior defense which provided the hope of his return to the playoffs.

For now, LA will have to continue using Zubac and DeMarcus Cousins or go small, but either option has not provided a victory for them.

Game 3 will take place at Staples Center on Saturday.