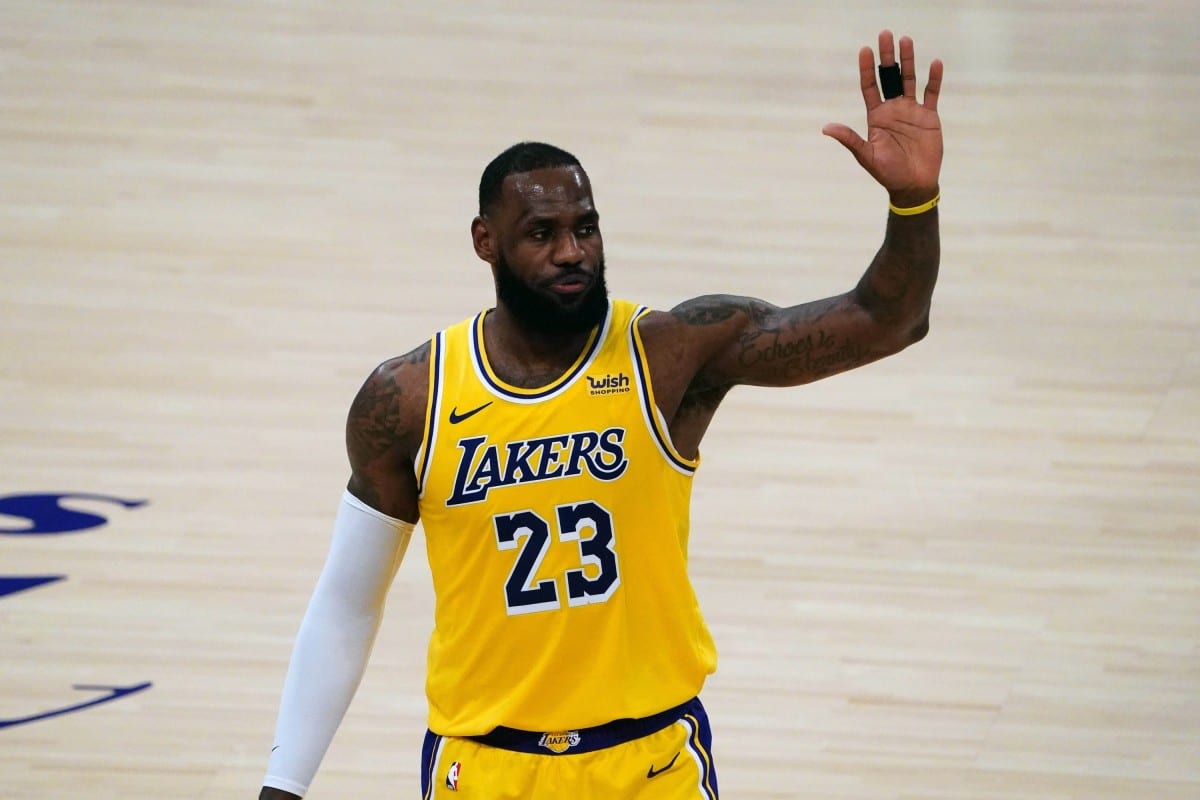 LeBron James won’t be hoisting up this year’s Larry O’Brien trophy, but he’s secured another title — the most hated player in the NBA.

The King came in number one on the latest  Sports Insider map based on geotagged Twitter data over the past month.

More than 70,000 tweets, hashtags, and direct keyword phrases about hating an NBA player were tracked by state.

The US may disagree on the coronavirus vaccine, but it seems the country does agree on which NBA player is the most disliked.

Most Hated NBA Player in Each State

Following Irving were fellow Nets James Harden and Kevin Durant with three each.

Washington Wizard Russell Westbrook and LA Clipper Paul George got one state each.

If anything can be surmised from the data, it’s that America is a country of haters.

The King continues to make a strong argument for G.O.A.T status despite falling in the first round of this years’ playoffs, and the Nets’ trio of Irving, Durant, and Harden look to be on their way to a possible title.

The only misplaced hate would seem to fall on Westbrook and George.

Russell is arguably the hardest playing player in the league, and Paul, well, Paul hasn’t accomplished anything good or bad enough to generate the kind of hate Arizona apparently has for him.

It’s worth acknowledging that James still had the best-selling jersey in the league as of midway through this season.

It would seem that like the New York Yankees in the MLB, the Dallas Cowboys of the NFL, or Real Madrid in soccer, King James has reached a level of popularity that forces people to take a side.

And while fans are focused on ‘hatin,’ James is already looking towards next season to win back the title.