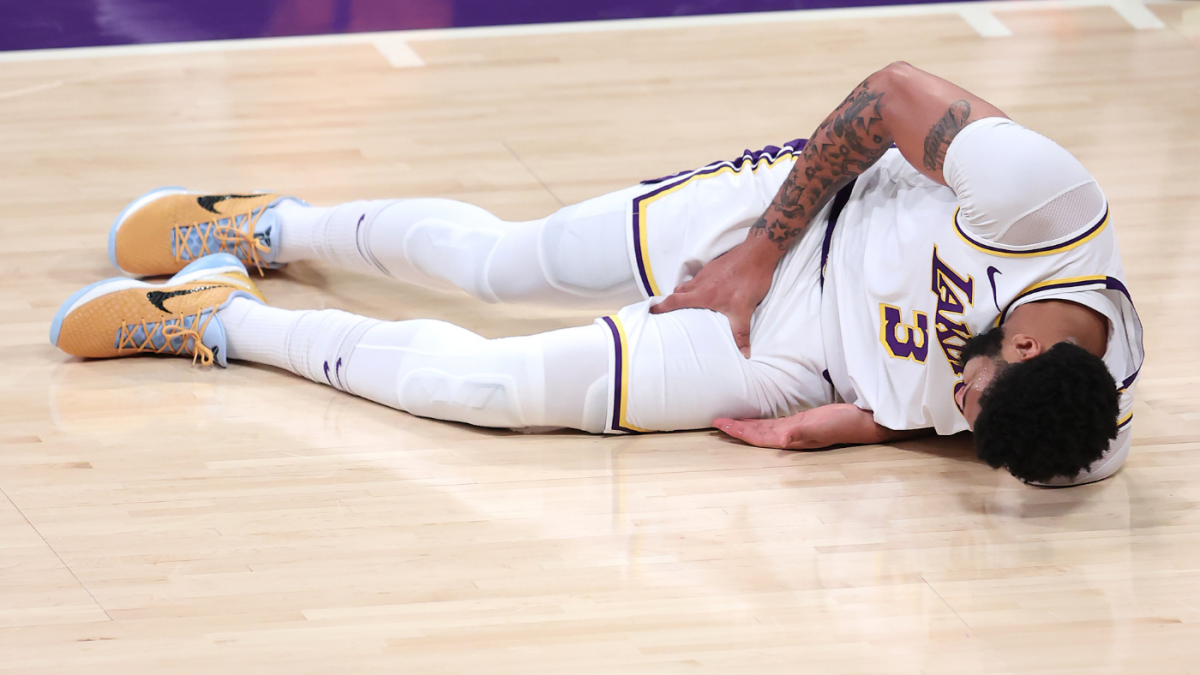 Anthony Davis will be a game-time decision for Game 6 against the Phoenix Suns at Staples Center on Thursday.

“Hopefully all the rehab and treatment that I’m doing pays off and the doctors clear me to go,” Davis told reporters on Wednesday.

“So, getting more treatment tonight, tomorrow and kind of talk to the doctors before the game — before and after I shoot — and hopefully everything comes back good where they clear me. That’s what we’re hoping for.”

Davis also touched on the agonising experience of being forced to watch from the sideline as the Lakers suffered a brutal 115-85 loss in Game 5 on Tuesday.

“It’s tough,” he said. “Especially [Tuesday] night, watching the game and not being able to help the team on the floor. It’s the toughest part, knowing that I couldn’t contribute. My body just wouldn’t allow me to.”

Davis suffered a hyperextended left knee in Game 3, landing awkwardly after blocking a shot by Devin Booker from behind.

The Lakers big man said there was a direct link between playing on knee and groin injuries.

“The groin happened because of the tightness in the knee from the hyperextension,” he said. “I was feeling the knee kind of the whole game.

“Even the first couple plays, was feeling it. And just went up to try to lay the ball up, and as soon as I went up, I just felt it from my knee just shoot up into my groin. That was kind of the end of it.”

Desperately hoping he could find a way to play in Game 5, Davis hit the court two hours before tip-off to see how his body was feeling, but knew almost straight away that he wouldn’t be able to suit up.

Davis was also encouraged by LeBron James not to rush his return and come back too soon, according to Yahoo Sports’ Chris Haynes.

If there’s any good news, it’s that Davis says he is “getting better each day”.

It’s no secret that the Lakers will need their star big man – who averaged 34 points and 10.5 rebounds in the Lakers’ two wins in the series – to have any chance of beating a red-hot Suns team.

The urgency surrounding Davis’s return has only increased following Chris Paul’s shoulder injury improving somewhat and LeBron James not quite looking like himself in Game 5 and at other points throughout the series.