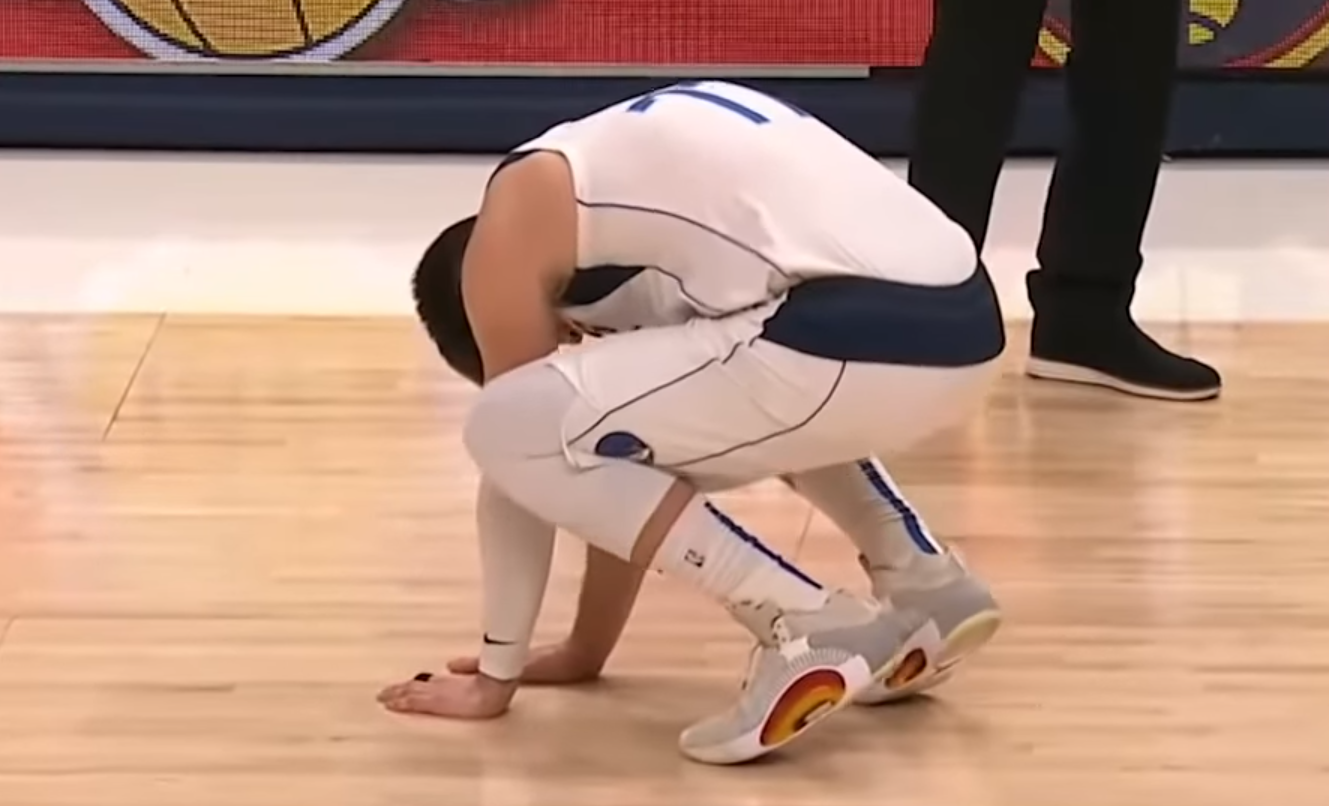 When the Dallas Mavericks stormed to a commanding 2-0 lead against the LA Clippers, many assumed Ty Lue’s team was cooked.

Now, just a few days later, it’s looking more likely that we’ll be sticking a fork in Dallas instead.

Not only have the Clippers responded with venom and vigour far beyond what most expected, but Luka Doncic is a long way from the clean bill of health required for Dallas to win this series.

Doncic didn’t look right in Game 3 and later confirmed he was experiencing pain in his neck and shoulder. He also said he felt pain shooting down through his arm.

He managed to suit up for Game 4, but clearly wasn’t close to 100 percent. Doncic was grimacing throughout the night and ultimately submitted his worst performance of the series, finishing with 19 points, six rebounds and six assists on 37 percent shooting.

For context, over the first three games of the series Doncic averaged 38 points, nine rebounds and nine assists on 52 percent from the field.

“He’s in pain,” Mavericks head coach Rick Carlisle said following the Mavericks’ deflating Game 4 loss. “It appeared to me that he couldn’t turn left, could look to his left, couldn’t turn his head to the left.

“That’s difficult for a guy that relies on peripheral vision and basically has played his whole life with his head on a swivel. We’ve got to hope in the next couple of days that he can get better — hopefully substantially better.

“There is a two-day break between games, which is a positive in this case. It’s a positive for both teams if you’ve got guys beat up and banged up, which I’m sure both teams do on some level. But his neck certainly contributed to a 9-for-24 night and him having some real unusual struggles.”

Doncic brushed off any suggestions that his Game 4 performance was due to his injury, instead saying he had simply played poorly. But it’s clear his ailment is more severe than he’s letting on.

“The pain is in my neck and with my nerves,” Doncic said. “I don’t really know how to explain that. It felt way better today and this morning than it did yesterday. I will just keep doing massages and icing it down and I will be ready for Wednesday.”

No one ever doubted he would be on the floor for Game 5, but which Doncic we ultimately see out there remains to be seen.