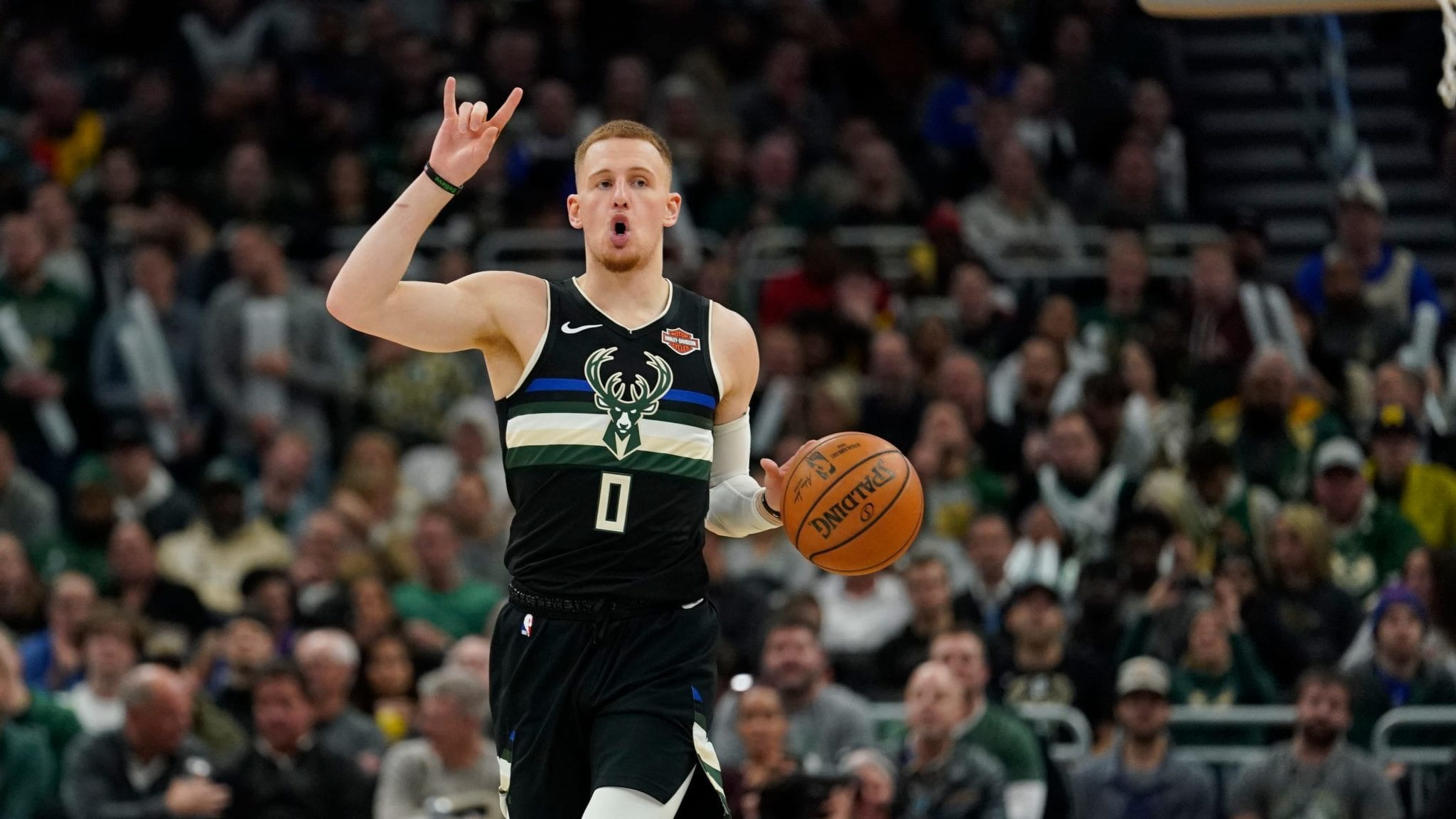 Holding a commanding 3-0 lead over the Miami Heat in the opening round, the Milwaukee Bucks now face their first obstacle of this postseason with the loss of reserve guard Donte DiVincenzo to a foot injury.

According to Shams Charania of The Athletic, the injury is being labeled as a tendon injury in his left foot.

DiVincenzo injured his foot and left the court during the second quarter of the Bucks’ 113-84 victory at American Airlines Arena.

He was unable to return.

Milwaukee Bucks guard Donte DiVincenzo has suffered a serious tendon injury in his left foot and will miss the remainder of the playoffs, sources tell @TheAthletic @Stadium.

DiVincenzo started the first three games of the series and while not being known for his offensive skill, he will be sorely missed on the defensive end as he is one of the Bucks’ best perimeter defenders.

The Bucks will also miss his ability to rebound the ball with DiVincenzo averaging a career-high 5.8 rebounds per game.

During this series, Donte DiVincenzo had averages of 2.7 points and 6.3 rebounds per game.

Despite losing him, Milwaukee still has a great chance to sweep Miami and set up a potential second-round matchup with the loaded Brooklyn Nets.

While the Bucks still revolve around superstar Giannis Antetokounmpo, the additions of Jrue Holiday, P.J. Tucker, and Bobby Portis have added some much need mental and physical strength.

Those three also bring size and tenacious defense to a team that needed a reset to their identity.

Game 4 will be in Miami on Saturday at 1:30 PM ET and will be broadcasted on TNT.