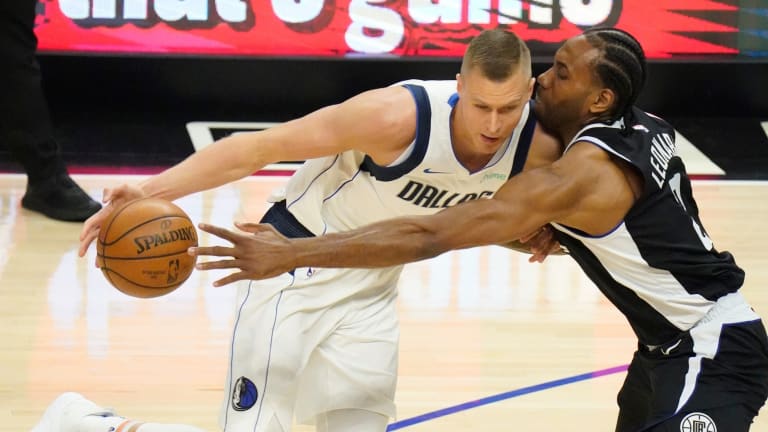 Dallas Mavericks center Kristaps Porzingis has been fined $50,000 by the NBA on Tuesday after apparently visiting a club in LA after their first playoff win against the Los Angeles Clippers.

According to the league, Porzingis attended a club on Sunday night after their 113-106 Game 1 victory at Staples Center, which was Saturday night.

Per NBA Rules, Players are prohibited “from going into any bar, club, lounge or similar establishment, regardless of the player’s vaccination status.”

The following was released by the NBA. pic.twitter.com/MeI2Ao25Vc

Porzingis did play in the Mavericks 127-121 Game 2 victory to take a commanding 2-0 lead back to Dallas.

The league “determined that his attendance [at the club] did not create risks related to the spread of COVID-19.”

It is also worth noting that it is unclear whether or not Porzingis has received a COVID vaccine.

Kristaps Porzingis is coming off a regular season where he averaged 20.1 points and 8.9 rebounds per game.

Game 3 is Friday at the American Airlines Center with the Mavs expecting more fans at home than there were at Staples Center.