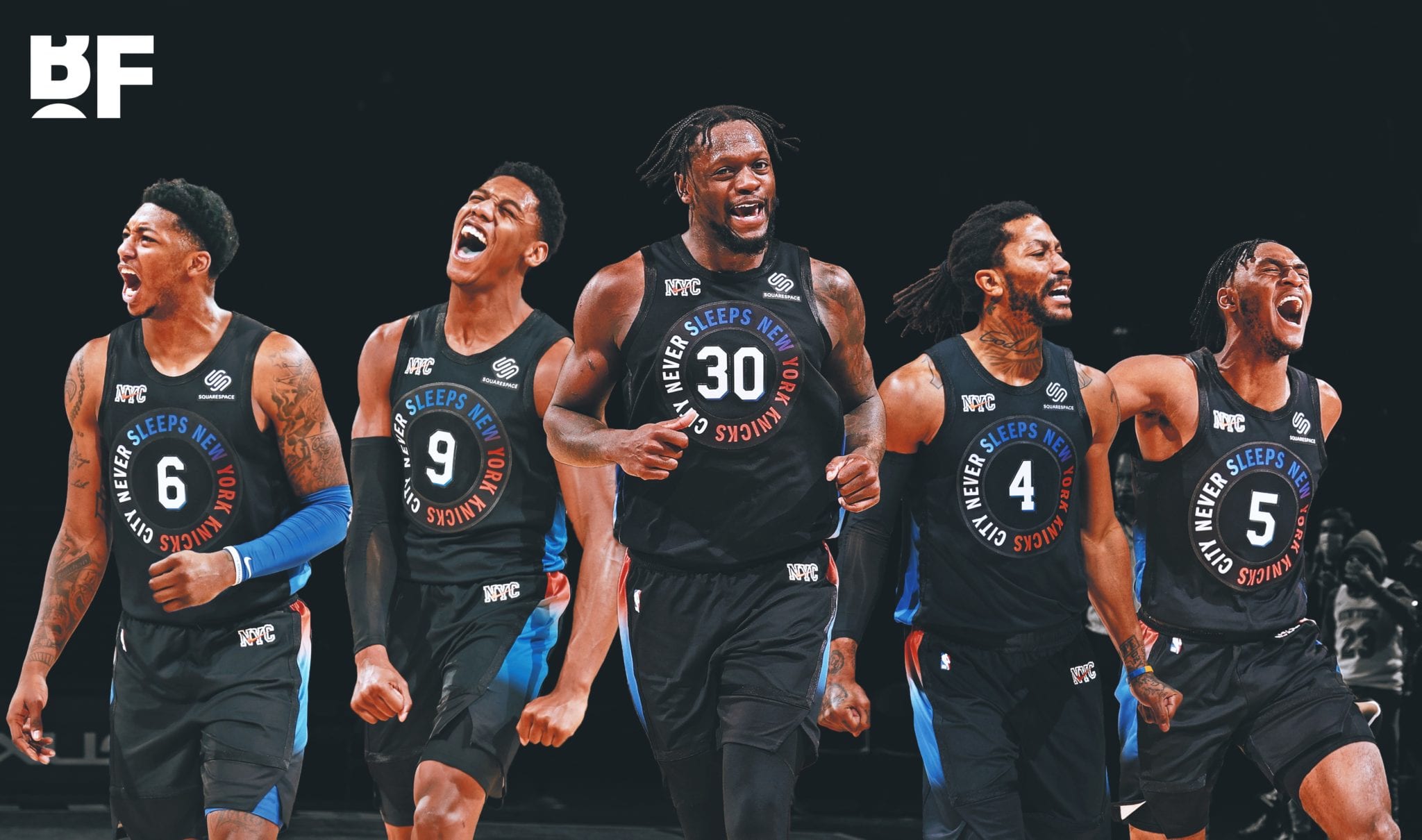 While the idea of James Dolan experiencing even a shred of satisfaction is completely unstomachable for many of us, the Knicks making the playoffs for the first time since 2013 is clearly great for the NBA and anyone who enjoys a spectacle.

But the best part of New York’s revival is that they actually have a chance to make a run and exceed even the boldest expectations anyone had for them at the start of the season.

The Knicks face the Atlanta Hawks in the first round, a team they swept 3-0 in the regular season and now hold home court against. Of course, the Hawks aren’t to be taken lightly.

Trae Young surrounded by snipers is enough to keep coaches up at night, and they have some capable defenders on the other side of the ball. But if there’s an Eastern Conference team that’s well equipped and well prepared to put the clamps on a team like Atlanta, it’s New York.

Tom Thibodeau has expertly moulded the Knicks into the fourth-best defensive team in the league, a staggering accomplishment considering they were ranked 29th last season and still have many of the same guys playing significant minutes.

Thibs has his squad smothering the perimeter, relentlessly attacking pick-and-rolls, and harassing teams into panicked cross-court passes while trusting their bigs and weak-side defenders will recover in time.

The Hawks are a dangerous team on the perimeter and are 0.5 percent away from being the seventh-best three-point shooting team in the league. But guess who leads the league in three-point defence?  Yep… the Knicks are holding their opponents to a league-best 33.7 percent from beyond the arc (while shooting a scorching 39.2 percent themselves no less, which is tied for second in the league).

Regardless of which defenders Thibs decides to throw at Trae Young, they have a bunch of guys who have proved all season that they’re up to the task, while Nerlens Noel has done an especially good job of backing them up at the rim.

On offence, Julius Randle will be the one to watch. He has eaten the Hawks alive this season. Just check out his regular season numbers against Atlanta:

To top it off, Randle and friends will have the best home court advantage of anyone in the playoffs. 15,000 fans will be allowed into what promises to be a deafening Madison Square Garden, with New York’s rabid fan base starved of playoff action and finally having a team they can really get behind.

The Knicks are 25-11 at home this year, have won nine of their last 10 at MSG and the degree of difficulty in beating them has risen in line with their crowd sizes.

Knocking off Atlanta would lead to New York facing Philadelphia in the second round. Winning that series would of course be an uphill battle, but don’t be surprised if Thibs’ men make things interesting.

The 76ers are far from perfect. They turn the ball over more than any current playoff team bar one and don’t have quite enough reliable three-point shooting to provide Ben Simmons and Joel Embiid with the ideal amount of space.

What’s more, the fact remains that Embiid and Simmons still aren’t the best fit. Some Philly fans may think this is a tired argument, but it’s been around so long for a reason and has yet to be proved wrong by any sort of meaningful postseason success.

Embiid and Simmons are two great players who excel in the regular season, but when the game slows down in the playoffs, we’re yet to see it work.

Elsewhere, Philly may also lose the coaching battle. Doc Rivers is an accomplished coach, but also has plenty of question marks next to his name.

He has blown more fourth quarter leads than any other NBA coach, has the worst record in close-out games of any coach in the league currently, and has found himself at the helm of almost 25 percent of NBA teams to ever blow a 3-1 lead.

Meanwhile, the painfully meticulous Tom Thibodeau has done an excellent job all season, especially on the defensive end. He also used to coach under Doc Rivers in Boston and knows his tendencies inside out.

Something else to keep an eye on is Philly needing to figure out how to keep the ship afloat when Joel Embiid is off the floor. They are currently 11.9 points per 100 possessions worse when Embiid sits.

Look, Philly has the arguable league MVP and clearly should win this series. Just don’t expect it to be easy for the Sixers if they cross paths with an impeccably well-drilled Knicks team with an outrageous home court advantage, a likely coaching advantage, and absolutely nothing to lose.