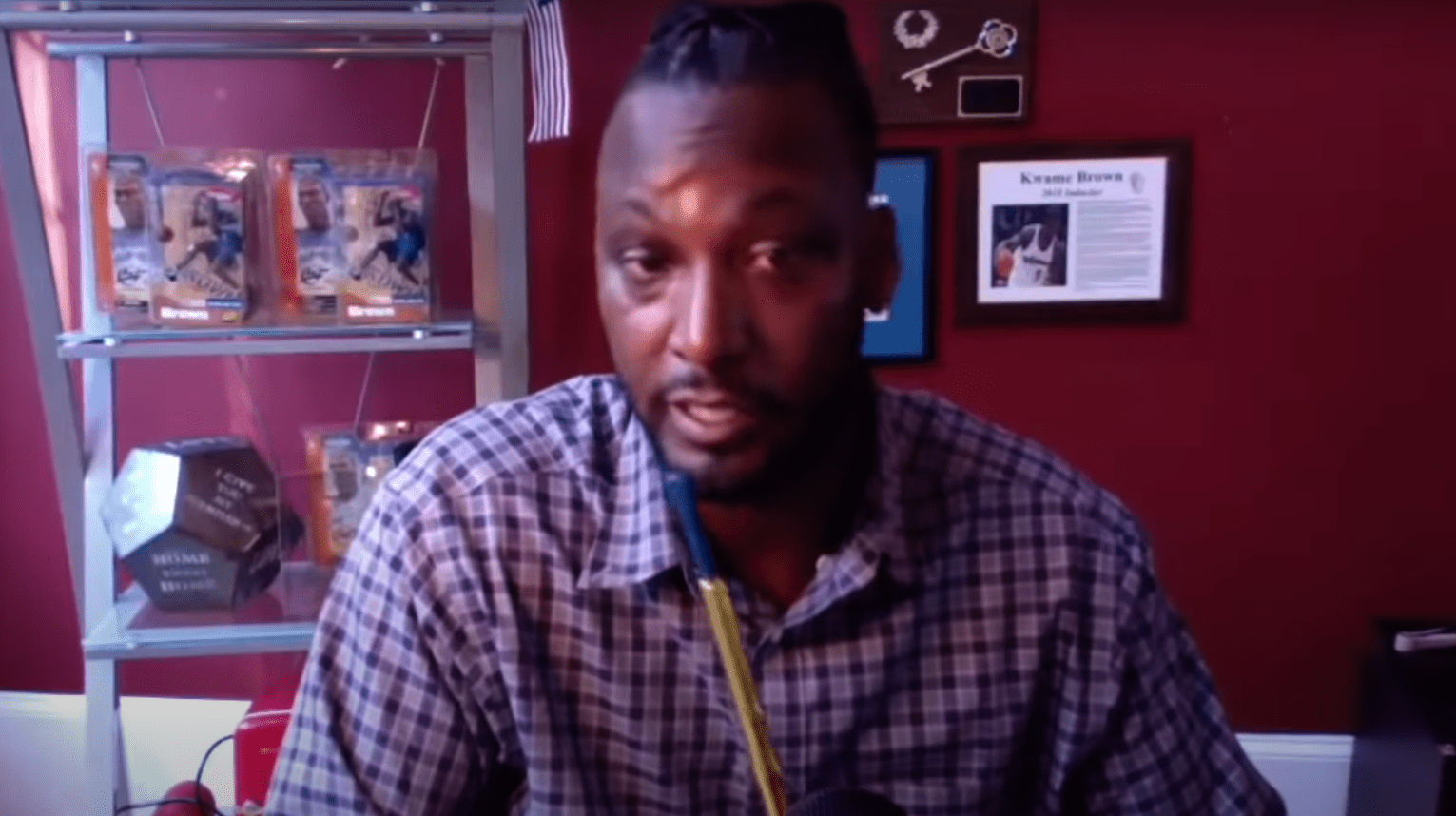 Unless you’ve been watching old videos of Stephen A. Smith’s greatest hits, it’s probably been a while since you’ve heard the name Kwame Brown.

Brown is now 39 years old and almost a decade removed from his playing days in the NBA, but he’s making news all these years later thanks to some pretty wild stuff he’s posting on YouTube and an almighty beef with Gilbert Arenas, Stephen Jackson and Matt Barnes.

The whole thing started when Arenas called Brown a “man child” and a “show pony” during an interview on the All the Smoke podcast which, to be fair, also included Arenas saying Brown had all the tools to be great but was a victim of circumstance.

However, co-host Stephen Jackson didn’t help with his mocking of Brown, sarcastically saying he was “the best No. 1 pick of all time,” before laughing at his own statement.

Brown responded with an expletive-laden video of his own while also promising to set the record straight in the coming days.

He kept that promise, following up with a movie-length YouTube video, much of which unloaded on Stephen Jackson.

“It’s okay to have an opinion, but it’s another thing to do what you guys are doing and then be in my face. Stephen Jackson, we was teammates and I seen you crying every time Charles Oakley ‘bout to slap the s*** out you, so I know you.”

He proceeded to call Jackson an embarrassment, accusing him of quitting on the team when the two of them were teammates in Charlotte.

Brown also took Arenas to task for partially defending Brown in his recent interview while not having his back when they played together in Washington.

“[Gilbert] he’s a little boy on the inside. He ain’t no man. He was at a draft camp, he was in our pre-draft camp and they asked him “What are your goals after basketball?” and he said “I wanna be a motherf***** pimp.” This boy had a child’s mind. So that’s why the guns, and all the dumb s***. He’d been doing dumb s*** the entire time.”

Brown then took aim at All The Smoke co-host Matt Barnes with remarks about him “not being black enough to hang with the black folks, but too dark to kick it with the whites.”

In the days that followed, Jackson tried to patch things up with Brown by saying he had “nothing but love” for him.

But the former No. 1 overall pick is still upset as he continues to post more videos in which he rips into just about everyone who has ever dissed him.

Meanwhile, a flow-on effect of Brown’s YouTube drops is that he’s been drawing a lot of attention to some of the other content on his channel, and a lot of is…well…interesting.

For starters, Brown defended Donald Trump before the 2020 election, claiming black people had been “brainwashed”.

He said the Black Lives Matter movement was “playing the race card” an defended police officers from the outrage towards their racially-charged brutality.

Hell, he even posted a video declaring he made his own toilet paper out of t-shirts.

The only way all this gets any crazier is if he accepts Barnes’s invitation to join him for an interview.