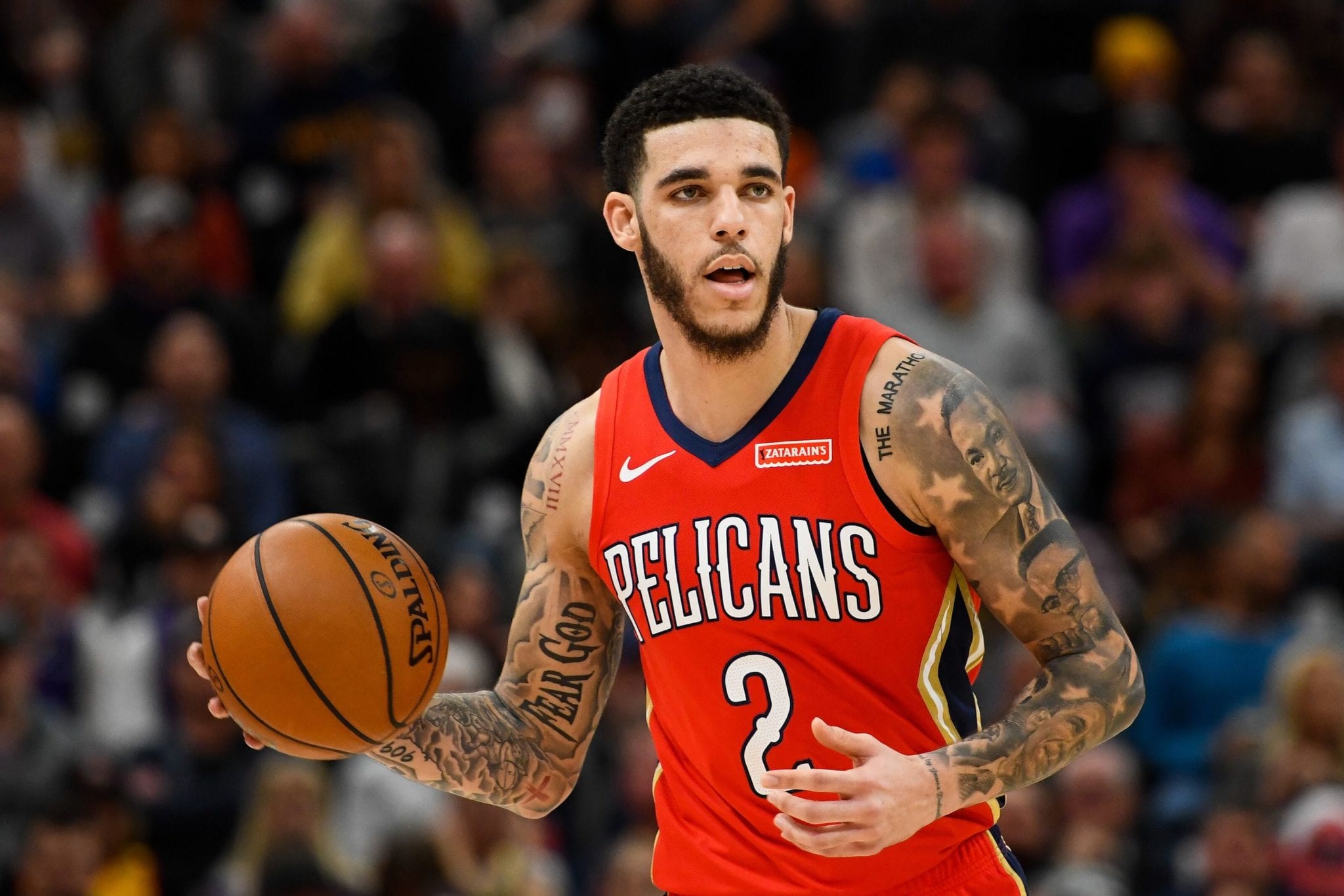 Restricted free-agent point guard Lonzo Ball ‘would love to’ return to the Pelicans next season as free agency looms for him this summer.

Ball hopes things fall in his favor and he gets a good contract that allows him to suit up in New Orleans next season.

“That’s a conversation for me and my agent moving forward. But obviously, I would love to be back,” he said Monday, via ESPN’s Andrew Lopez.

“I built a bond here with the coaches and the teammates who are here. I definitely wouldn’t mind coming back at all.”

Ball, just finished up his fourth season in the league and averaged a career-high in points with 14.6 per game in the Crescent City.

Despite his good play and having Zion Williamson for most of the season, the Pelicans finished the season 31-41 and just missed the Western Conference play-in tournament.

Ball, 23, is on an initial four-year, $33 million deal that he signed with the Los Angeles Lakers, but it is set to expire this summer.

As a restricted free agent, the Pelicans have the right to match any offer sheet that comes Ball’s way.

Lonzo isn’t the only one that hopes to return to New Orleans.

“It’d be dope [if he came back],” Williamson said, via ESPN. “Me, [Brandon Ingram] and Zo, the three of us have a great relationship. I really would want Zo to come back. He knows that.

“But you know, like I said, the reality of the situation is Zo is a grown man, so he’ll make the decision that’s best for him. The only thing I can say is, I hope he stays.”

While Lonzo Ball hopes to return to New Orleans, his father, LaVar Ball, does not want him to return.

“No! No, he can’t stay in New Orleans,” Ball screamed on ESPN in March. “Come on, man. Come on, listen … Lonzo’s always been a playmaker. Why are you trying to change him

into a defensive specialist that stays in the corner and shoots 3s? And you’re trying to change Zion and Brandon Ingram who all through their careers have never been

playmakers. They’re scorers! Now you want to put the ball in their hands and be playmakers? … Go score the ball and do what you do and guess what? They’re gonna have a hard

time trying to win every game if the playmaker ain’t making the right plays.”