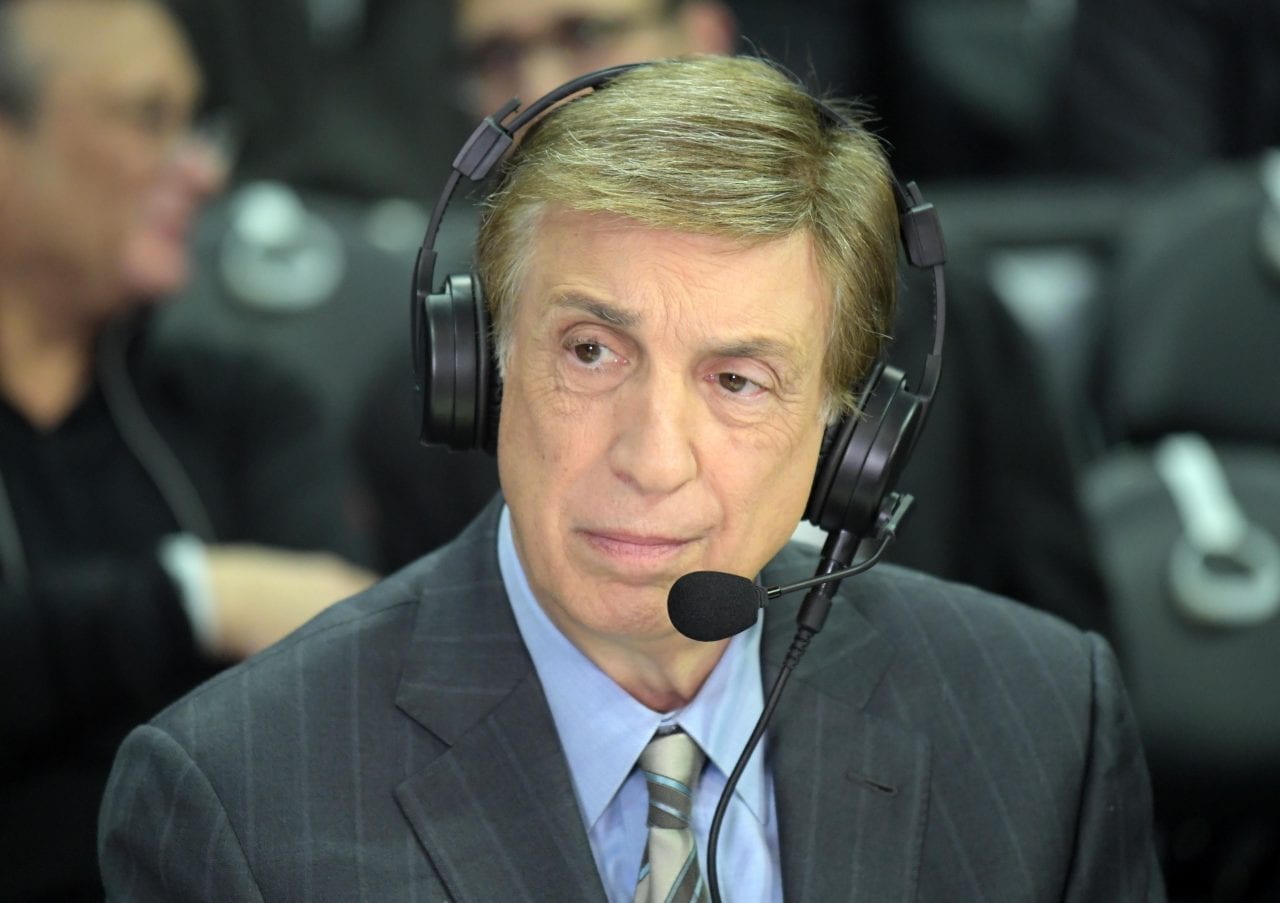 Legendary announcer Marv Alpert is calling it quits, saying he will retire at the end of the 2021 season after more than 55 years behind the mic calling NBA games.

Alpert will call his final game at the conclusion of the 2021 Eastern Conference Finals.

“My 55 years of broadcasting the NBA has just flown by and I’ve been fortunate to work with so many wonderful and talented people,” said Albert on Monday.

“Now, I’ll have the opportunity to hone my gardening skills and work on my ballroom dancing.”
NBA Commissioner Adam Silver paid respect to Albert and his impact on the league, “There is no voice more closely associated with NBA basketball than Marv Albert’s.”

“My first memories of the NBA were of listening to Marv call a game with his signature style, iconic phrases, and unparalleled passion. From his remarkable run as play-by-play announcer for the Knicks to his prominent national roles calling our marquee games on NBC and Turner Sports, Marv has been the soundtrack for basketball fans for nearly 60 years.”
“We congratulate him on a Hall of Fame career that is simply unmatched.”

The 79-year-old Albert was honored by the Naismith Memorial Basketball Hall with the Curt Gowdy Award in 1997.

He was named to the National Sportscasters and Sportswriters Association Hall of Fame in 2014, and the Sports Broadcasting Hall of Fame a year later.

“The voice of basketball,” called 25 NBA All-Star Games, 13 NBA Finals, and the Dream Team’s run to gold during the 1992 Olympics.

In addition to the NBA, Albert called college basketball, boxing, the NHL, NFL, and MLB games.

TNT will air a 30-minute tribute to Albert after his final broadcast.