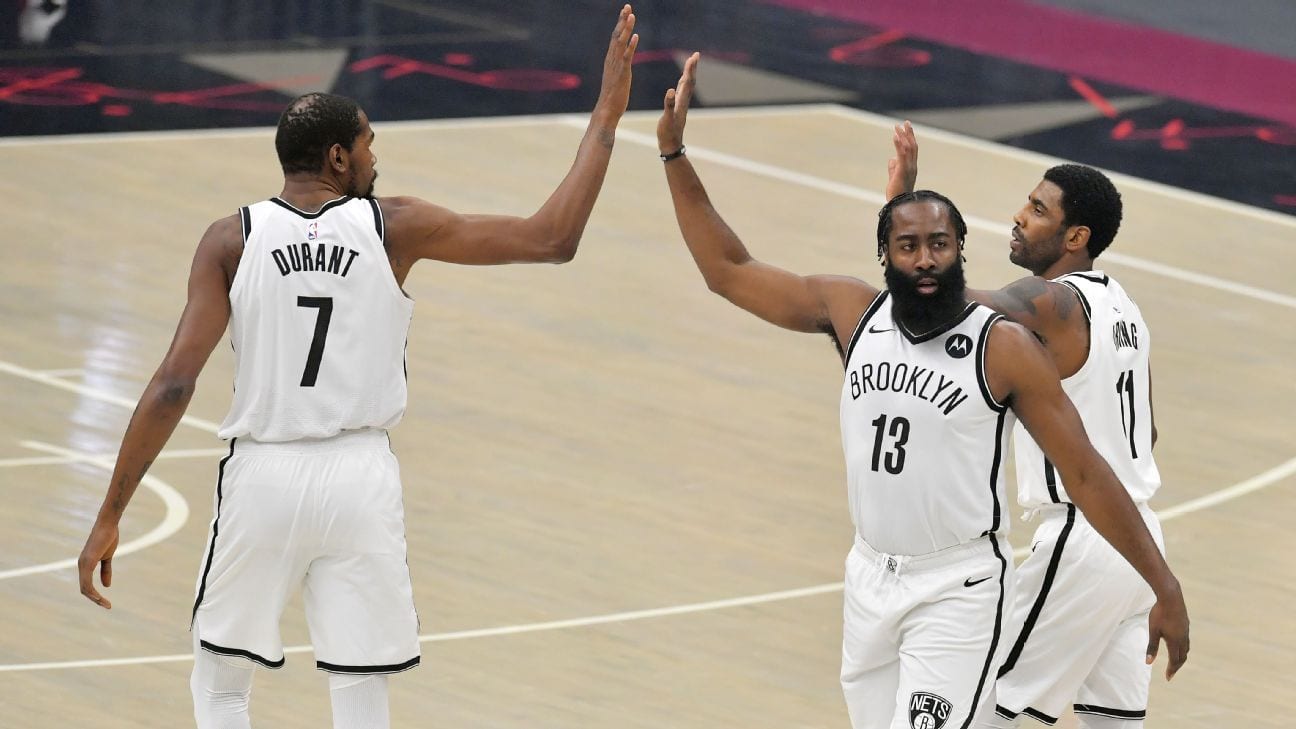 The Brooklyn Nets trio of Kevin Durant, James Harden, and Kyrie Irving are slated to appear in their eighth game together this season on Saturday against the Chicago Bulls.

It will be their first game together since February 13 against the Golden State Warriors.

“If everything stays the same,” coach Steve Nash said after Friday afternoon’s practice, “those three will play tomorrow.”

As things stand, the Nets are trying to lock up the second seed in the Eastern Conference this weekend.

After they take on the Bulls, the Nets play their final regular-season game against the Cleveland Cavaliers on Sunday.

Numerous injuries and personal matters have kept Durant, Harden, and Irving from playing together.

Durant injured his hamstring against the Warriors and missed over a month of action.

Then, as Durant prepared to return in early April, Harden strained his hamstring and missed five weeks.

At least some combo of the Big Three has played together in 46 games for Brooklyn this season, according to ESPN Stats & Information.

That game was Harden’s first game back since April 5.

Head coach, Steve Nash hopes that just one game will at least build some more chemistry on the court for his lethal trio going into the postseason.

“It’s been few and far between,” Nash said. “I don’t necessarily have any expectations other than it gives us an opportunity to jell and play together and feel what it’s like to be out there again.”

Veteran forward Jeff Green is just happy the Nets stars will be back in uniform together.

“I’m just happy they are on the floor,” forward Jeff Green said.

“We’re getting to finally try to create a rhythm with all guys healthy. We’ll see what happens from there. We have a long week to prepare for whomever we play. For those guys, it will be good. For us, it will be good to get a look and see where we are at when everybody is healthy.”

If the Brooklyn Nets are going to secure the second seed, they will need to win their final two games.

Should they go 1-1, the trailing Milwaukee Bucks own the tiebreaker and are only trail the Nets by one game for No.2 in the East.