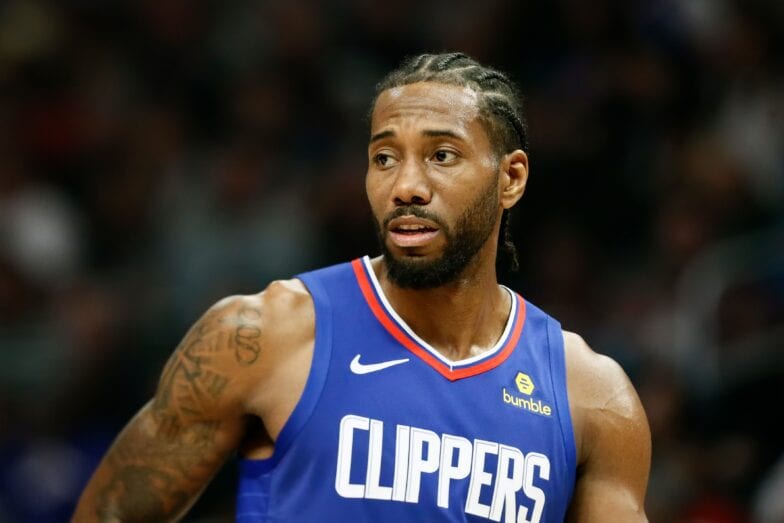 The Los Angeles Clippers’ Kawhi Leonard returned to the hardwood for a 110-104 loss to the Nuggets after missing the team’s last five games with soreness in his right foot.

Leonard scored 16 points, six assists, and five rebounds in 30 minutes of play and told reporters that he feels healthy and the injury is “nothing significant,” via ESPN.

“I’m feeling good,” Leonard said. “We took the proper steps to get me right, to make sure nothing significant is wrong with me … so hopefully we can just keep moving up from here.”

Leonard pointed out that he’s had the injury for a while.

“Yeah, I mean, I’ve been doing it,” said Leonard, via ESPN. “It’s not something that just occurred after the last game. But I’ll be all right. I’ve been through situations like this before.”

The team has secured a playoff spot, but the Clips are currently fourth in the Western Conference and are on a three-game losing streak, dropping six out of their last 10 games.

With just seven games left in the regular season, the team has little time to develop chemistry which they sorely lacked in last year’s playoff bust.

The Clips lost to the Nuggets in an epic meltdown and this season has left many wondering if this team will do any better.

Along with Leonard, Serge Ibaka has missed more than 20 games with a back injury and Patrick Beverly has been out with a fractured hand.

Leonard has taken on a more direct leadership role in hopes of keeping his dream for a title alive by traveling with the squad while he was injured.

“Just wanted to still be in that motion, be in that rhythm, and most importantly letting guys know I’m here and, you know, just let them hear my voice and see my face.”