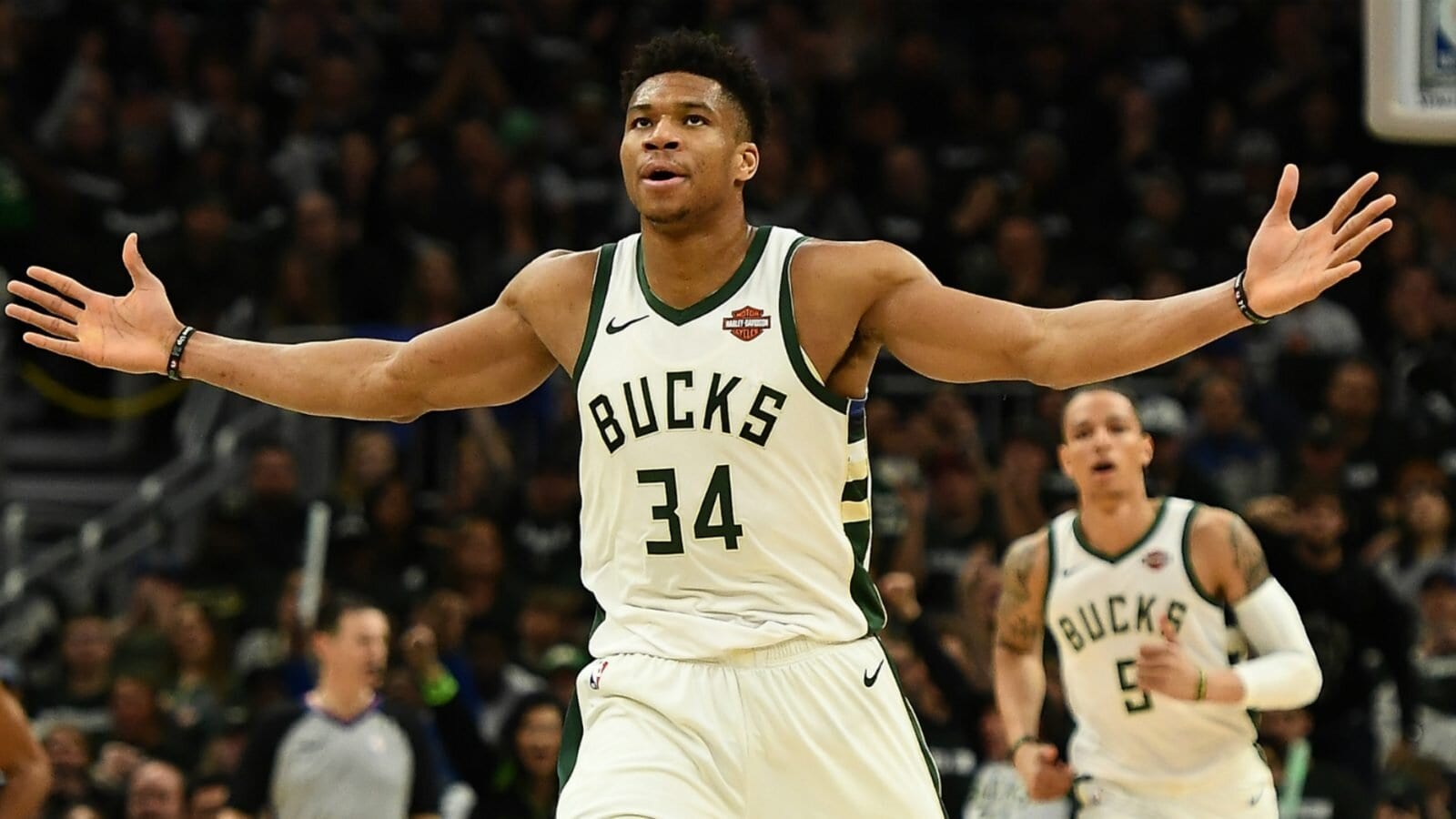 Milwaukee Bucks star Giannis Antetokounmpo left early with a right ankle sprain during the team’s 143-136 loss against the Rockets Thursday.

Antetokounmpo exited in the first minute of the game and was ruled out for the rest of the contest, according to the Bucks organization.

“The Greek Freak” appeared to turn his ankle when his legs got caught up with Rockets big man Kelly Olynyk while driving to the basket.

The six-foot-eleven forward did remain in the game to shoot his free throws but left not too long after that.

His run-in with Olynyk certainly won’t help those ankle problems.

At this time, it has not been determined whether or not Antetokounmpo will miss any additional games.

There are only 10 games left in the regular season, and the Bucks currently sit with a 38-24 record.

They do have some cushion between them and the No.4 seed New York Knicks, but with the playoffs so close, it would be a dent in the hopes of Bucks fans and players if Antetokounmpo is forced to miss an extended amount of time.

Antetokounmpo is the latest star to be hit with the injury bug during this shortened season.

It will be interesting to see how the Bucks approach his health as they try to lock up their playoff positioning and prepare for a long playoff run.