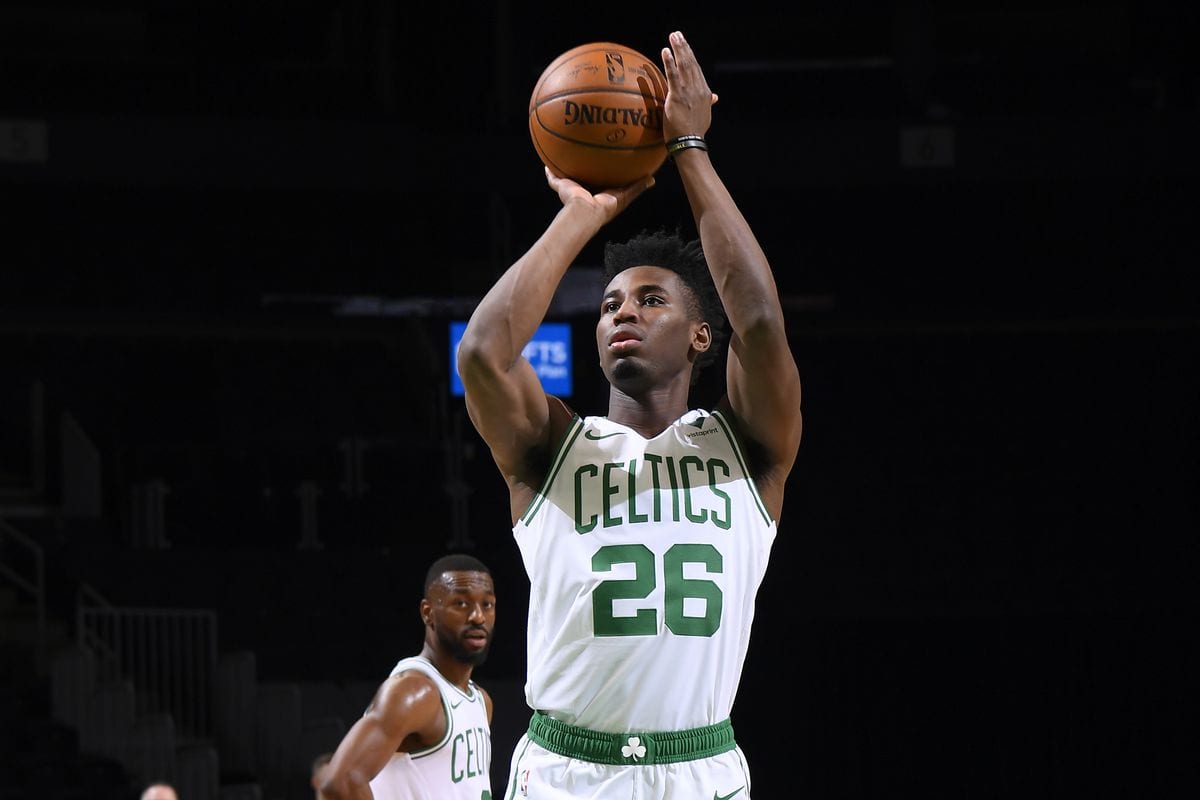 Members of the Boston Celtics had nothing short of praise for rookie Aaron Nesmith after he lead his team to a pivotal 120-111 win over the Charlotte Hornets on Wednesday night.

“We needed people to step up,” Nesmith said after the game, via NBA.com.

“And I just came in and tried to do the best that I could do.”

The Celtics certainly did need players to step up as they were without starting point-guard Kemba Walker (left oblique strain) and starting shooting-guard Marcus Smart (suspension).

Nesmith, the 14th overall pick in the 2020 NBA draft, has struggled to find his footing in the Celtics’ rotation, averaging just 3.7PPG and 2.4RPG on 39% shooting from the field.

But his greatest impact thus far has been on the defensive end, making hustle plays that would make the late Tommy Heinsohn proud.

“I consider him to be more mature than his age with his work ethic and with his desire to be good,” Celtics head coach Brad Stevens said after the game.

“Aaron’s a guy who’s literally going to give his body up on every possession and run through a wall,” Jayson Tatum (who had 35 points, eight rebounds, and eight assists) said.

“He plays as hard as he can for as long as he’s out there, and it doesn’t go unnoticed. You need that from him, and we appreciate it.”

If Nesmith is able to knock down threes and continue to play high-octane defense, he’ll have no problem finding minutes in the Celtics rotation.