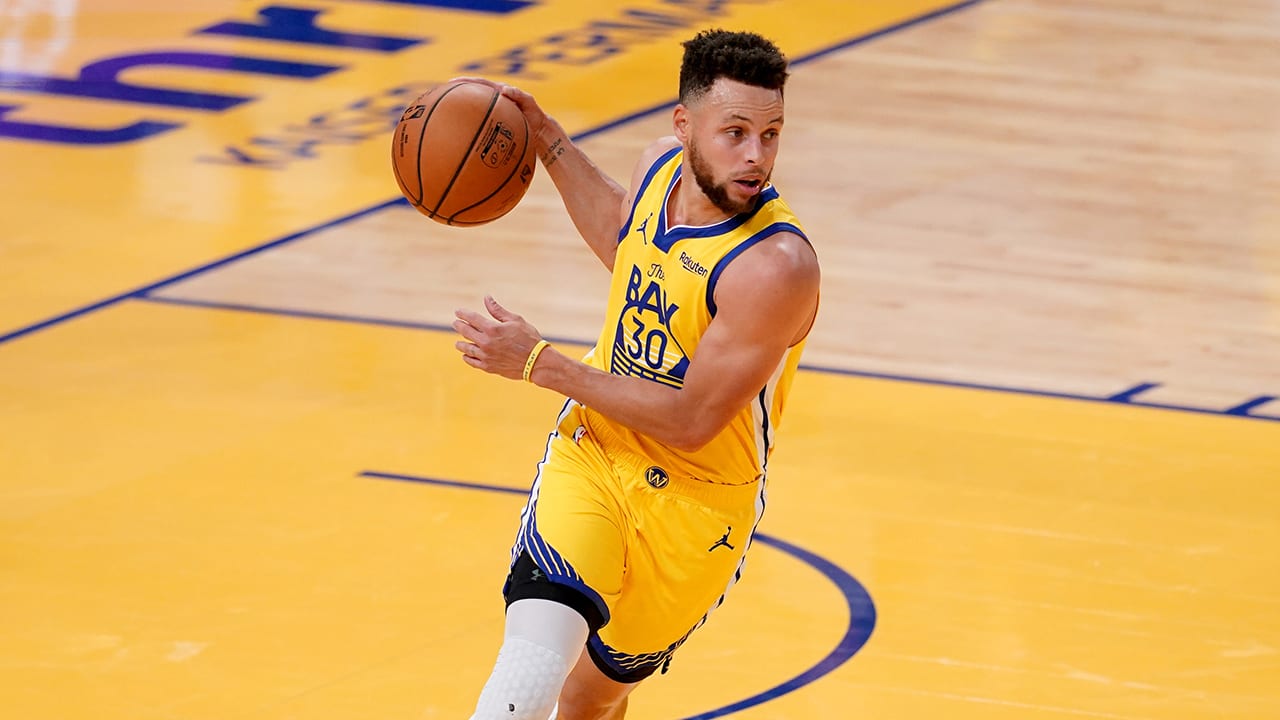 While the Nets and Lakers have dominated the headlines this season, Steph Curry continues to cement his legacy as the greatest shooter ever, setting a new NBA

record for most 3-pointers in one month.

In last night’s contest against the Sacramento Kings, Curry sunk seven 3-pointers for a total of 85 for the month of April.

That number was three better than James Harden’s old record of  82 back in November 2019 when he was still with the Rockets.

“It’s just trying to get a decent look, get your feet underneath you, and then the rest is muscle memory, confidence, and just creativity, so just trying to be in the

your head. But when you’re in a flow, in rhythm, there is not much going on upstairs. It’s nice,” said Curry, via ESPN.

The two-time NBA MVP’s isn’t the only one benefiting from his success.

Golden State is 7-3 in their last ten games and above .500 for the first time since March.

A team that has had its share of bad breaks over the past two seasons now looks poised to get a spot in the play-in tournament.

While teammates and fans have come to expect Curry’s outlandish shots, Warriors coach Steve Kerr has run out of things to say about Steph’s play.

“You don’t focus on results, you focus on the process,” Curry said, via ESPN. “It doesn’t make me get bigheaded and thinking I’m the world’s greatest in terms of I can’t get better. But it makes me fall in love with the process even more and keep doubling down on what goes into trying to perfect your craft and put the work in and find new ways to get better.”