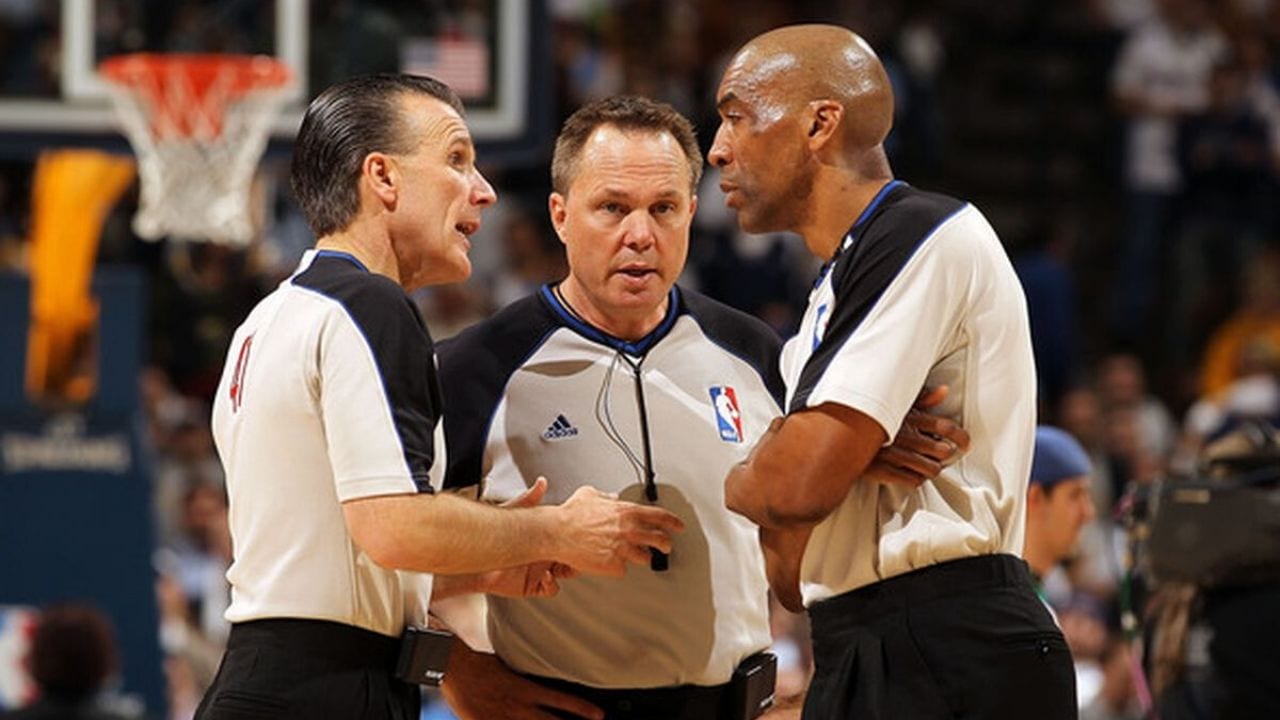 Nine referees have been ruled out by the NBA due to COVID-19 health and safety protocols, per a report from ESPN.

A tenth referee is also out with an undisclosed injury.

“We at the NBA have taken a very strong stance, especially with referees traveling commercial, that we want referees and the teams that they are serving to be safe,” NBA vice president of referee development and training Monty McCutchen said.

“And so with an abundance of caution, we pull people out on contact tracing, if there’s even the smallest inkling [of an issue].”

It’s somewhat confounding to think that the NBA has been shuttling its referees on commercial flights throughout the season because of the increased likelihood of exposure to COVID-19.

Many referees have been in health and safety protocols at one point or another throughout the season, which has prompted the league to call up G League officials.

Some NBA General Managers, under the condition of anonymity, were harshly critical of the G League officials, per ESPN.

With the playoffs just around the corner, the NBA may find itself in a precarious situation if any more referees go into health and safety protocols.