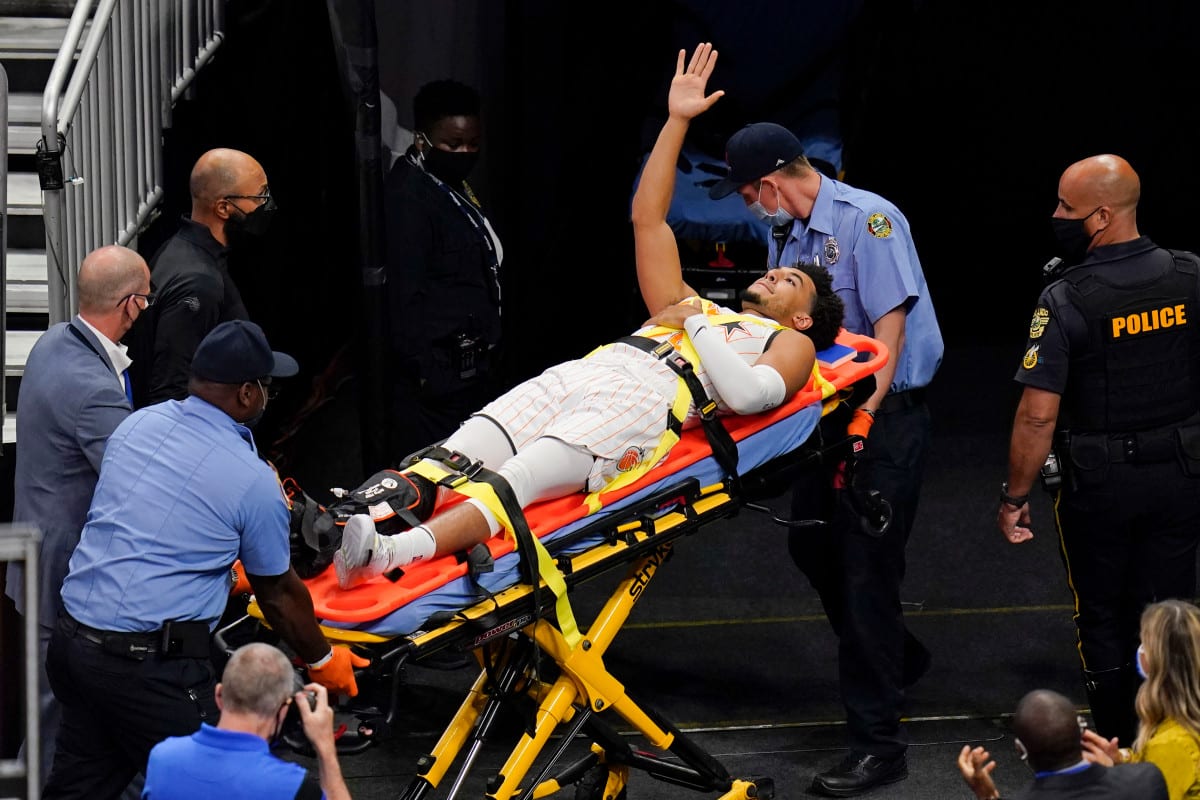 Orlando Magic guard Devin Cannady suffered a brutal ankle injury against the Indiana Pacers on Sunday afternoon and was taken off the court via stretcher.

As Cannady went up to defend a layup attempt from guard Edmond Sumner late in the first quarter, he landed awkwardly on his right leg and the leg buckled under him.

Cannady immediately went down in pain, and with limited fans, his scream could be heard on the television broadcast.

Teammate Mo Bamba rushed to his side and covered up a bloody ankle that was visible on the broadcast as soon as he went down.

“I just saw my teammate was down, and I just did what he would probably do for me,” Bamba said, via The Athletic’s Josh Robbins.

“I just thought quick, and I didn’t want him to see [the injury]. I just took my shirt off my back and gave it to him.”

He was eventually calmed down and stretchered off the court and out of the arena.

Cannady put a thumbs up as he exited the arena.

The Magic confirmed that he suffered an open fracture in his right ankle and will undergo surgery.

With Steve Clifford out due to COVID-19 protocol, Tyrone Corbin was acting coach for the night and had some thoughts on the injury.

“He’s a good guy. He’s worked his tail off to continue to get better, and it’s just sickening to see him go down like that,” acting coach Tyrone Corbin said via Robbins.

“We’re praying for him that he’ll have a speedy recovery.”

Cannady had only been on the floor for one minute.

Cannady has played on and off this season for Orlando, averaging 4.9 points in seven games.

The Princeton product was picked up by the Magic as a free agent in November and waived him less than a month later.

Earlier this month, they brought back the 24-year old back on a 10-day contract and followed that up by signing him to a two-way contract.