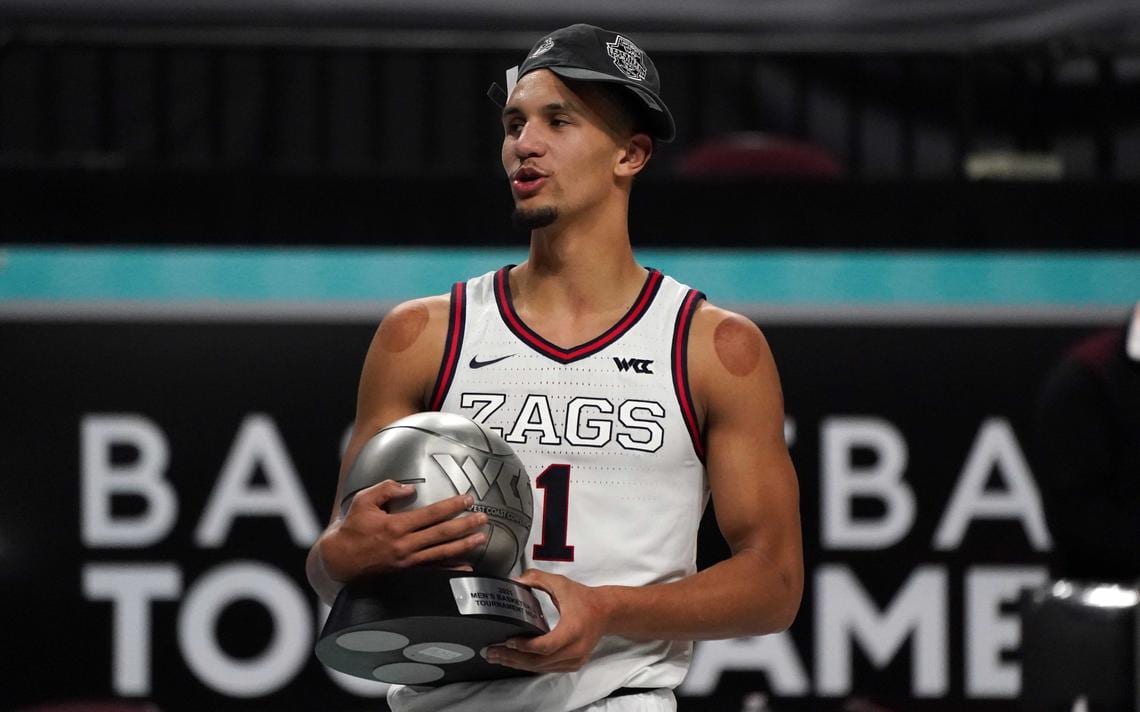 As part of his announcement, Suggs is auctioning off his iconic final-four buzzer-beater as a 1-of-1 NFT (Non-Fungible Token).

Fellow top prospect Evan Mobley auctioned an NFT as part of his draft-declaration too.

Scouts have long-praised Suggs’ intangibles, basketball IQ, and all-around play – and of all the top prospects in the 2021 NBA Draft, many view Suggs as the player with the highest floor.

Some pundits have even suggested his comp-ceiling is future Hall-of-Famer Chris Paul.

Of course, Suggs has a long way to go to capitalize on his potential – but there’s no denying that he has the tools necessary to succeed at the next level.